The review is meant “to ensure we are utilizing best practices and sound policies and procedures in all aspects of our work,” said acting LMPD Chief Robert Schroeder 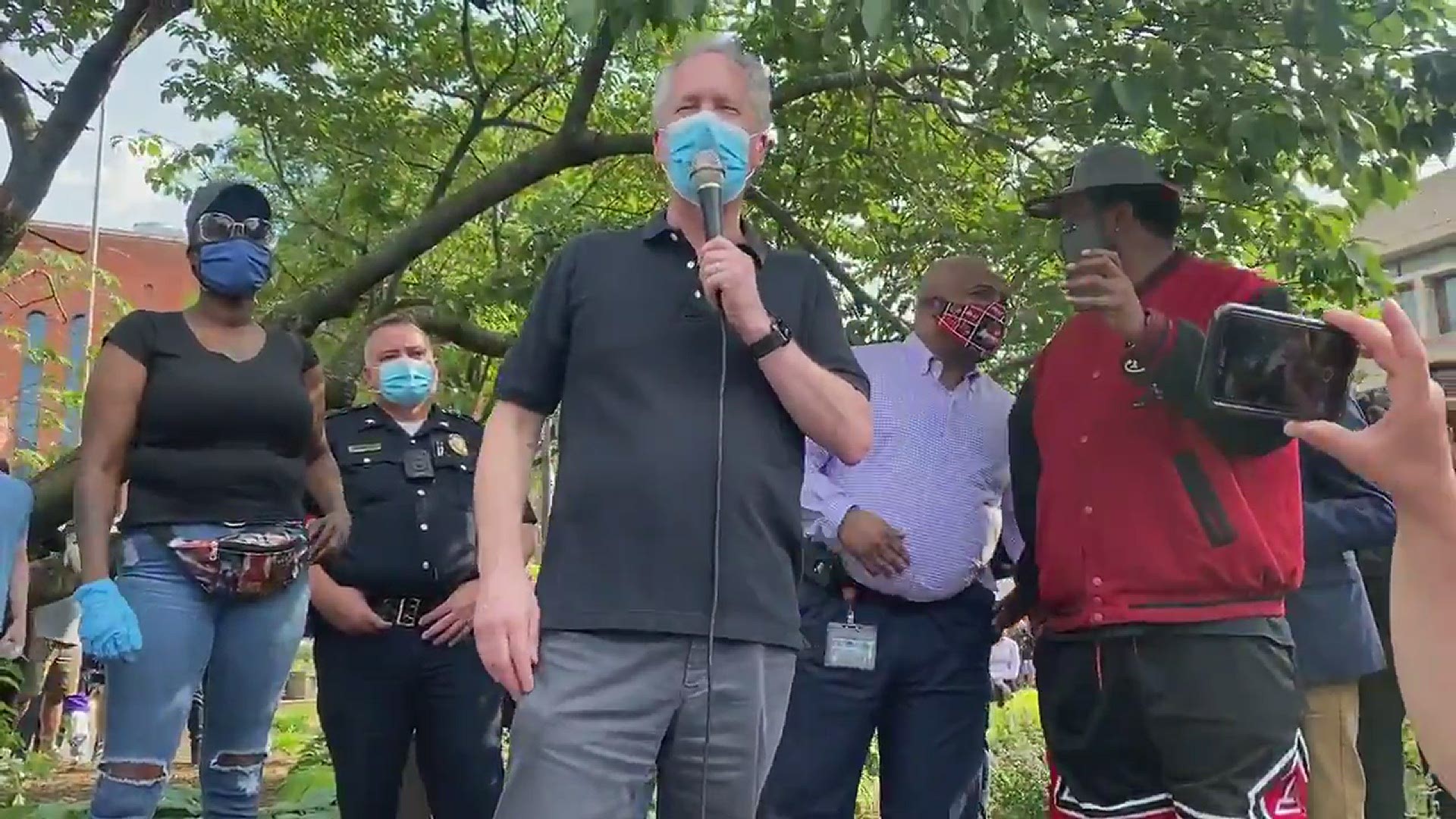 LOUISVILLE, Ky. — Mayor Greg Fischer says the Kentucky city will seek an independent review of its police department amid protests over the deaths of black people during encounters with law enforcement.

Mayor Greg Fischer said Wednesday that the city will look to hire an outside group to perform a “comprehensive, top-to-bottom review.” The evaluation comes two days after the shooting death of David McAtee as police and National Guard tried to enforce a curfew.

“Louisville Metro Government as a whole is focused on continuous improvement,” the Mayor said. “As we begin a search for a new police chief, this seems like a very good time to review the policies, procedures and structure of our police department to ensure that it aligns with the goals and values of our entire community.”

Protesters are demanding justice for Breonna Taylor, a black woman who was shot eight times and killed by police in her home in Louisville on March 13.

The review is meant “to ensure we are utilizing best practices and sound policies and procedures in all aspects of our work,” said acting LMPD Chief Robert Schroeder.

LMPD Police Chief Steve Conrad was fired after officers involved in the man’s shooting failed to activate their body cameras.

RELATED: 'We want them to hear us. We want justice for Breonna' Louisville protesters not stopping anytime soon