The plane was on its way to the Spirit of St. Louis Airport when it crashed near a BP gas station in Chesterfield. 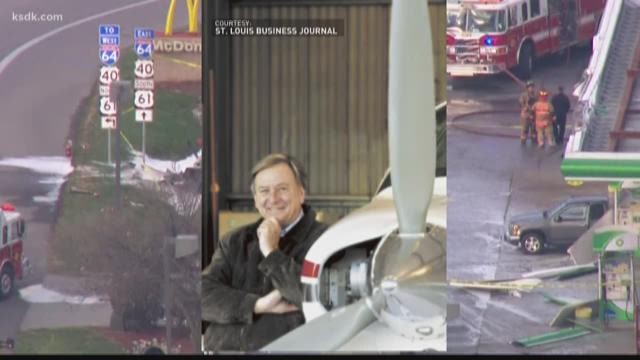 CHESTERFIELD, Mo. - A pilot was killed Wednesday afternoon in a small plane crash in Chesterfield.

The plane — a Beechcraft Bonanza B36 — crashed just a few yards from a tanker transporting gasoline, and burst into flames. A person was pumping gas at the time of the crash, but only suffered minor injuries from falling debris. No one else was hurt.

St. Louis Mayor Lyda Krewson tweeted that the pilot is Jim Smith who she credits with saving the Chase Park Plaza.

RIP Jim Smith - one of the finest guys I have ever worked with. Saved the shuttered Chase Park Plaza- positive impact for entire CWE and CVC Commish- so so sad. https://t.co/U09c9SKcg5

The FAA and NTSB will investigate the crash. The plane will remain on the scene for the investigation.