St. Louis City Safety Director Jimmie Edwards told 5 On Your Side a safety cable for the safety box inside the elevator broke. 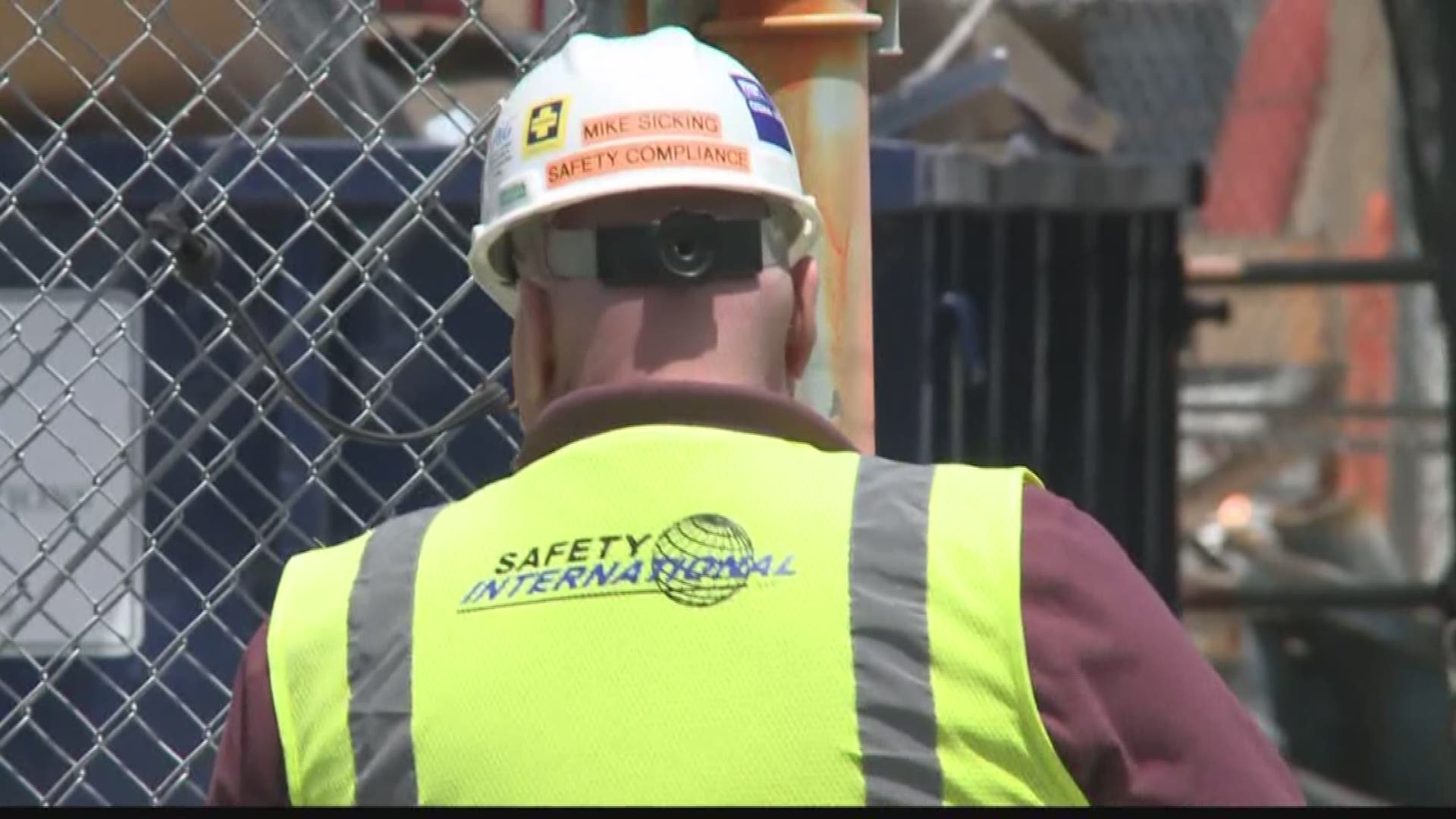 ST. LOUIS – An investigation is underway after two construction workers were killed in an accident while working at a site in downtown St. Louis.

Police and fire crews responded to the 1500 block of Washington Avenue around 11 a.m. where two construction workers were found dead, according to a union representative.

The workers were in a suspended basket in an elevator shaft.

St. Louis City Safety Director Jimmie Edwards told 5 On Your Side a safety cable for the safety box inside the elevator broke.

Work at the construction site has been terminated until further notice. The St. Louis Fire Department turned the scene over to OSHA.

A third worker was injured and transported to a hospital.

On Tuesday, Mayor Krewson opened an investigation into the accident.

Today I have asked incoming Chief of Staff Steve Conway to lead an investigation into the construction accident that took place at 1501 Washington Avenue. pic.twitter.com/FnDXE4AH3i

All of us at Gencorp Services are deeply saddened about the loss of two men’s lives in a tragic accident on Monday morning. We are working with others, including the building’s owner, to support the families of the two employees of World Wrecking, a Gencorp subcontractor.

The two men were working from a basket suspended by a cable operated by a hoist inside an elevator shaft in the building at 1501 Washington Ave. The basket and cable were installed and inspected by Safway Group, an internationally respected engineering company that used union employees for the installation. This accident occurred during the first use of the equipment after it was installed and inspected when the cable lifting the basket failed.

The World Wrecking employees who died in the accident were union members. World Wrecking has a signatory agreement with Laborers Local Union 42 for this project.

The accident happened after a daily, task-specific safety briefing that morning among the contractors working on the project. Both men had 20-plus years of experience and were trained for their jobs.

Gencorp Services proactively complies with all federal, state and local regulations, making safety a priority for every employee as well as all subcontractors. Daily safety briefings are an essential part of how we work.

Gencorp has engaged a forensic engineering company to investigate the accident. We are committed to a thorough and comprehensive investigation that will determine how this tragic accident happened.

Our hearts are broken for the families and co-workers from local union laborers who have been touched by this tragic accident.