Mayors question if we're really 'better together' in city-county merger

They're looking for an alternate path to possibly merging St. Louis City and County. 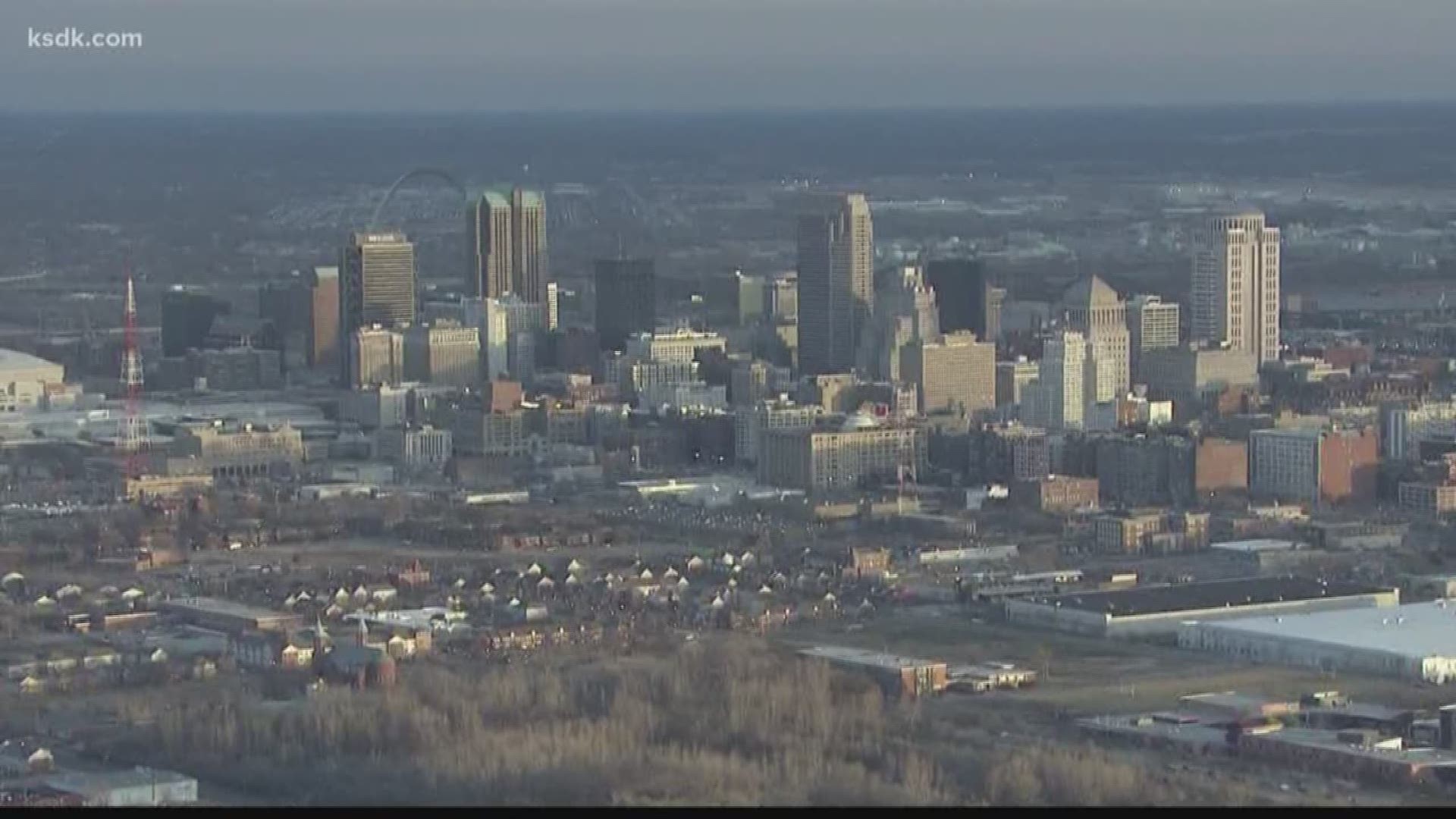 ST. LOUIS COUNTY, Mo. — Better together? Maybe—but not the way the organization of the same name envisions it, said a group of St. Louis County mayors.

The Municipal League is meeting this week to launch a petition campaign to establish the Board of Freeholders. They voted unanimously to seek establishment of the board just before Better Together released its exploratory findings on a city-county merger. Now, they’ll need 20,000 signatures to establish it.

The Board of Freeholders would be nine representatives from the city, nine from the county and one person appointed by the governor. The mayors advocating for the board said they’ve been left out of the conversation as Better Together has put together its recommendations, and they want to explore regional development from a more local level.

However, representatives from Better Together point to the fact that during previous conventions of the Board of Freeholders, no action has been taken.

"Now, we have to really take this seriously, almost like we have a gun to our head. 'Hey, you need to sit down at the table and come up with some regional solutions.' And maybe that’s a good thing; I do think that this region could be more competitive," he said. The person with the gun in his analogy is multi-millionaire Rex Sinquefield, who's financing much of Better Together.

"Instead of shrinking it, we could start expanding it. And I’d like to see that happen," he added.

5 On Your Side reached out to several local mayors asking their thoughts on the possible merger as proposed by Better Together; here’s what they had to say:

Pat Fribis, Mayor of Sunset Hills: “I have read everything I could on the proposed merger and attended meetings about it. I am opposed to the merger. It will not benefit our residents. I feel the City of St. Louis needs to address their problems.”

Tim Griffin, Mayor of Kirkwood: “The City of Kirkwood is aware of the Better Together Task Force proposal to merge St. Louis City and County. We will study the report and evaluate its impact on the citizens of Kirkwood if enacted. We encourage all citizens to read the report and become familiar with its recommendations.”

Grant Mabie, Mayor of Crestwood: “We are opposed to the idea of having out-state Missouri voters determine the structure of our local systems of government, and for that reason we are not in favor of the Better Together proposed Constitutional Amendment. Most of what Better Together proposes could be accomplished via the existing Board of Freeholders process, which would meet in public and transparently craft a proposal for voters in the city and county to consider, which would be a welcome change from the opaque and secretive formulation of the Better Together plan funded by billionaire Rex Sinquefield. The region has ways it can better cooperate and improve and those need to be explored by the Board of Freeholders, but I do not believe that co-opting local control as Better Together proposes is the right path forward.”

Florissant is the oldest and largest city in the county and junior only to St. Genevieve, St. Louis and St. Charles in the Louisiana Territory. Founded by the Spanish Governor of the Louisiana Territory in 1786 Florissant is older than St. Louis County, older than State of Missouri, and even a few years older than the Constitution of the United States. We have been a sovereign community under three countries, Spain, France or the United States for 233 years. We appreciate our long history as a sovereign city and wish it to continue.

We would like to continue to be protected by Police who we know and trust. The award winning Florissant Police Department is one of the best law enforcement agencies anywhere and was one of the first to receive the gold standard in public safety CALEA certification from The Commission on Accreditation for Law Enforcement Agencies. The Florissant Police department is our most valuable asset and is highly appreciated by our residents and is also one of reasons why many investors continue to locate and develop their business in our Beautiful City.

We would prefer to maintain our streets, bridges, sidewalks and other infrastructure. Florissant has a very proactive Public Works Department which has been validated by our voters with additional revenue to continue proven programs to maintain and upgrade our streets and sidewalks. We are way ahead of the curve compared to the rest of the nation in that we have been systematically replacing our bridges and culverts for more than 40 years ever since I served under Mayor Eagan as City Engineer 1976-1978.

We do want to participate in a conversation on how to be a part of a more competitive Metropolitan area but neither myself the Mayor or our City Council were asked by Better Together for our opinions nor were we consulted by the County Executive or the City Mayor despite the fact that we are acquainted and have been in the same room at the same time countless times. We find it contradictory that one day the editorial page laments the dysfunction of the city or the county or their chief executives or their law enforcement agencies and the next day the editorial page proclaims that everyone should happily embrace the idea of a Statewide vote to create a one size fits all mega government controlled by the remotest of leaders.

We think any regional decisions on governance change should be made by the citizens that would be affected. We would be reluctant to entertain the idea of voting to compromise the sovereignty or to decide on the method of governing of Rolla, Poplar Bluff, Independence, Springfield, Hannibal et al.

We support the initiative of the Municipal League of Metro St. Louis to collect the necessary signatures to enable a Board of Freeholders or Electors to be formed who will be mandated to hold open public meetings and hearings so that the will of the citizens can be heard in open dialogue and testimony, a method that has been traditional in the Republic of the United States. It is hoped that the information in the 160 page Better Together report and other reports such as the 25 page report prepared by UMSL’s Terry Jones in 2014 entitled “TOWARD REGIONALISM: THE ST. LOUIS APROACH” and other relevant material will be useful to the success of the forthcoming Board of Freeholders.