Mark McCloskey turned the topic political, saying his case was an example of what would happen if voters did not re-elect President Trump 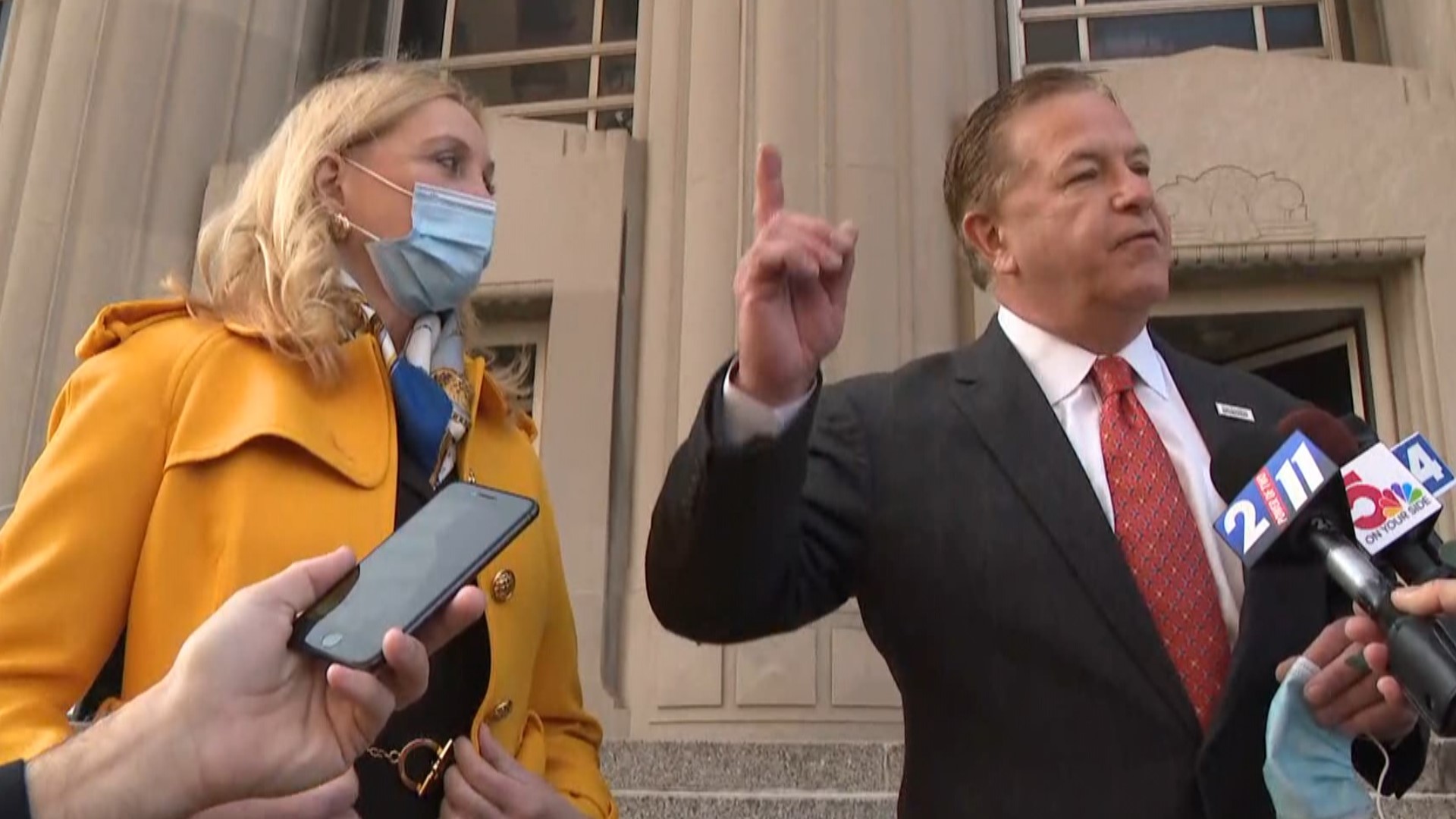 ST. LOUIS — Mark McCloskey said he and his wife Patricia are being targeted by St. Louis prosecutors while the people who trespassed on his property haven't been charged.

"What you’re witnessing in this case is an opportunity for the government -- the leftist, Democratic government of the City of St. Louis -- to persecute us for doing no more than exercising our Second Amendment rights," McCloskey told reporters who were gathered outside of a St. Louis courthouse Tuesday.

The McCloskeys had hearings regarding charges of unlawful use of a weapon stemming from the incident in June when they pointed guns toward protesters in front of their Central West End home -- images of which went viral.

McCloskey said the protesters should be prosecuted.

"Not a single one of those people are charged with anything," he said. "We’re charged with felonies that can cost us four years of our lives and our law licenses."

Nine protesters were issued citations. Last week, attorneys for the City of St. Louis decided not to charge them with trespassing along the private street, saying the "prosecution is not warranted against these particular individuals" and that the attorney for the trustees who own the street did not wish to pursue charges.

McCloskey turned the topic political, saying his case was an example of what would happen if voters did not re-elect President Donald Trump.

"To everyone out there who’s thinking about voting for Joe Biden, the Harris/Biden administration, this is a sign of the times and the things to come. The government that views its task as protecting criminals from honest citizens," McCloskey said.

The McCloskeys were featured as keynote speakers during the Republican National Convention in August.

When asked about his reaction to a St. Louis prosecutor ordering that a crime lab reassemble Patricia McCloskey's gun to check whether it was operable, Mark McCloskey replied: "If that doesn’t frighten all of you, that the government’s willing to do that, just to take political advantage of this case, to make us, to intimidate people that might think about defending themselves against the mob, then you need to be afraid of that. If the government’s willing to that level, just to make a case against us, not because we committed any crime, but because we had the gall to protect our home and our family against a mob, then you should all be very afraid of what’s coming down the road for us if we don’t re-elect Donald Trump."

A reporter asked Patricia McCloskey for her comment. She declined, saying her husband "pretty much covered it."

The McCloskeys' hearing was postponed to Oct. 14.