A new water regulation is going into effect next week, but many Kirkwood homeowners say the damage is already done. 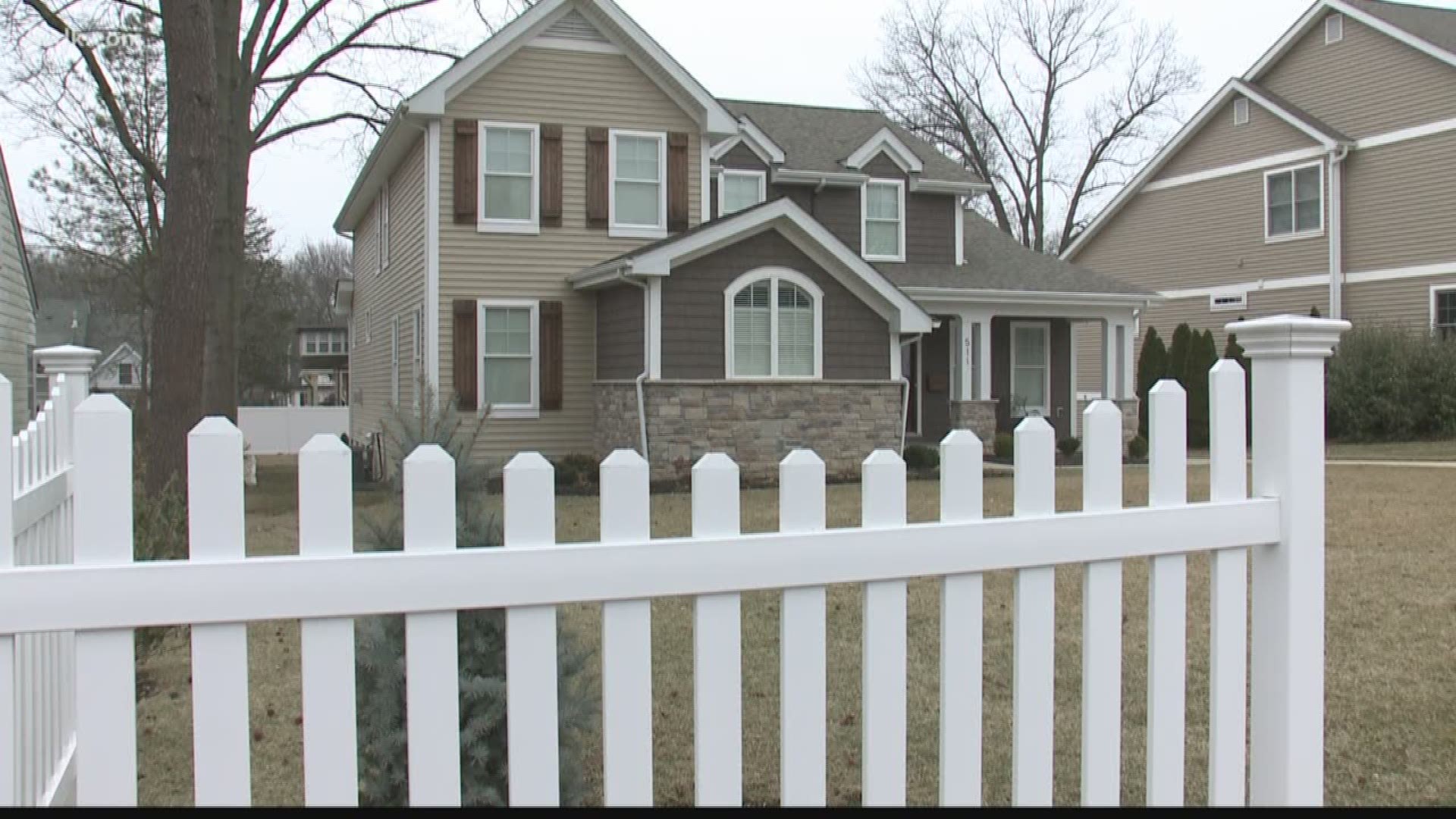 KIRKWOOD, Mo. — After a nearly yearlong I-Team investigation, change is coming to Kirkwood.

It all began last year when we took on the issue of large, mass-produced homes built on small lots known as 'McMansions.'

Longtime Kirkwood residents told 5 On Your Side the large homes were causing flooding and damage to their property.

Next week, a new Kirkwood water runoff regulation will take effect, but longtime residents say it's all too little too late.

"I'm doing everything I can to keep my head above water, but I think I'm losing the battle," said Lisa Liskew, a longtime Kirkwood homeowner.

Liskew is just one of the many Kirkwood residents we've talked to who said they're struggling to keep their homes and property dry.

"Water was up to my front stoop. You can't walk around out [in the backyard]. It becomes a swamp," said Liskew.

Like many other longtime Kirkwood residents, Liskew said water began invading her home when new construction started near her neighborhood. Behind her home, she noticed new, large homes—often called 'McMansions'—were being built on small lots.

"They raised the lots. By raising the lots, now the water was running downhill. They weren't being forced to put the water into any kind of containment system. As it ran downhill, it ran into my yard," explained Liskew.

And the runoff didn't just go into her yard, she said it also runs beneath her home.

"I'm draining three acres of land. I only have three-fourths of an acre," said Liskew.

And the pressure of that water is taking a toll on her home. Cracks have begun to form in her basement. Grass has been washed off the side of her backyard. Liskew fears the worst is yet to come.

"I don't know what's going to happen over time, whether my house will start cracking or sub-duct; I don't know," said Liskew.

We started finding homeowners with similar problems last spring as 'McMansions' began popping up all over Kirkwood. We took our findings straight to city hall.

"We've been working on this. The mayor's appointed a city council committee and a staff committee, and we've been reaching out working with some local engineering firms also," Kirkwood Director of Public Services Bill Bensing said back in August 2018.

That special council created a new storm water management regulation. The ordinance requires all "infill development" to capture rainfall runoff, and submit a plan to the Metropolitan St. Louis Sewer District for review and approval prior to the issuance of any building permits.

Liskew said for some longtime homeowners it's not a solution at all.

"The sad part is, all the people who've been impacted, we're on our own," said Liskew.

And she said it's been an expensive, never-ending problem to worry about. In addition to several French drains, Liskew has installed a sump pump, taken out basement windows, graded a large portion of her yard and even commissioned a water runoff study to find out where the water was originating. The study found the water was coming from the neighborhood directly behind her home, and heading directly into her backyard.

The new Kirkwood stormwater regulation takes effect on March 4, but it will not apply to the 69 new residential homes under construction in Kirkwood right now.

And it also won't apply to the hundreds of new homes that have gone up around Kirkwood in the past five years.