Metro Transit changing course due to low ridership, but some riders aren't on board

This means getting rid of routes and adding some new ones. 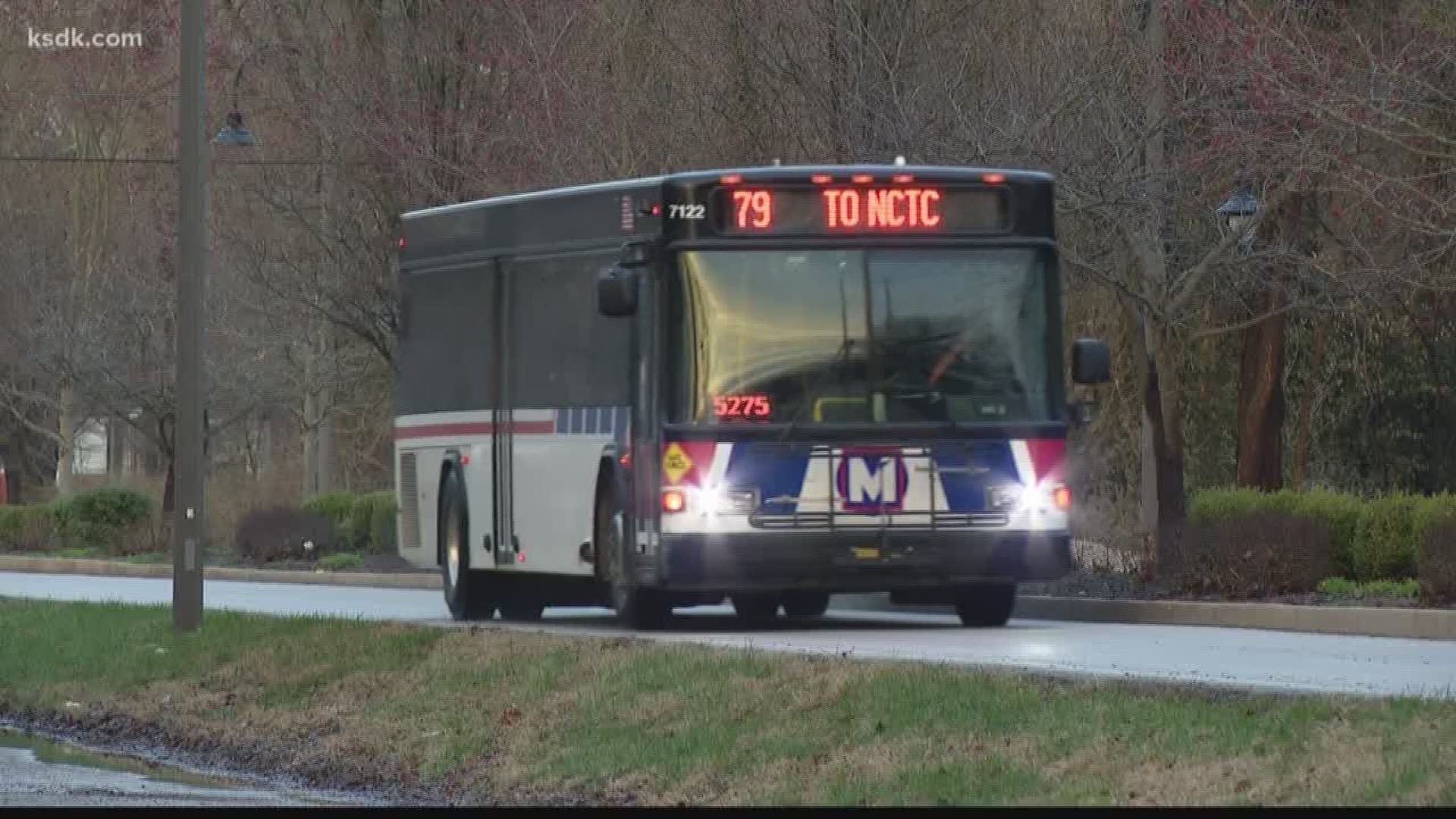 This means they'll be getting rid of routes and adding some new ones.

Erica Brooks rides the 79 bus in Ferguson to get to work and to get her son to school and back. By this fall, the bus she takes daily will be no more.

"This route right here, Suburban-Dade, it's like a jugular vein in your neck," Brooks said. "It's like somebody ripping your jugular vein out and saying, 'Okay, you'll get oxygen to your brain… You'll be okay.'"

The change is a part of Metro Reimagined, a new transit plan meant to provide faster and more frequent service in the St. Louis metro region.

"I want Metro Reimagined to reimagine another plan," Brooks said.

She said her bus route is an important link between the North County Transit Center and the North Hanley MetroLink Station.

"I only walk two blocks right now to get to my bus stop, whereas when this program is actually implemented I have to walk a mile to South Florissant or more than a mile to Airport Road," Brooks said.

Metro Transit representative Jessica Mefford-Miller said what riders are losing in terms of accessibility, they're gaining in frequency.

"Instead of that route coming every 30 minutes, coming every 15 minutes is a big deal, so I would ask our customers to consider that trade-off," said Mefford-Miller.

But for Brooks, the exchange is one where anyone who uses this route loses.

"A lot of these bus routes, they're not conducive to people that actually use them for work," Brooks said. "We care about our community enough to keep this bus route along Suburban and Dade. Bus route number 79," Brooks said.

Mefford-Miller said there's still time to reach out to Metro with any suggestions on its new plan by going to metrostlouis.org.

Here's the full statement sent to 5 On Your Side about the plan:

"The proposed changes to the #79 Ferguson MetroBus route are part of Metro Reimagined. Our goal is to introduce a new transit plan for the St. Louis region that will provide faster, more frequent service and a better experience for customers.

"There has been a decline in ridership on the Metro system over the past 5 years – a decline that transit agencies throughout the country have also experienced. While a number of factors can contribute to changes in ridership, it is clear that the Metro Transit system, as it is today, could work better for the St. Louis region. The system needs to change to better meet the evolving needs of our riders. Through Metro Reimagined, we are starting that transformation.

"After months of research, system analysis and community outreach, we have developed a draft plan that provides increased frequency, more direct service and faster trips – the features that research has identified as priorities for current and prospective riders. The Metro Reimagined plan includes:

"To be able to introduce this faster, more frequent service plan using existing funding sources, changes are being made to every MetroBus route in Missouri. Part of those changes include making many routes more direct and streamlined, which is the case for the #79 Ferguson.

"On an average weekday, the #79 Ferguson has approximately 800 boardings. To provide these passengers with faster and more frequent service, we are proposing to no longer operate this route through a residential neighborhood along Dade and Suburban, which has areas that lack the width and infrastructure to efficiently accommodate a 40-foot bus. Ending service to the bus stop at Dade and Suburban – which has low ridership, recording fewer than 10 boardings a day – would save about 4 minutes per trip for all of the customers using the #79 Ferguson. In addition, this strategy of streamlining bus service also allows us to add more frequency, and in the case of the #79 Ferguson, under the new plan it would operate every 30 minutes during daytime hours on weekdays, as opposed to the 40-minute service it has today. In addition, under the new plan, the nearby #61 Chambers – which is an option for the stop at Dade and Suburban – would become one of the new high-frequency routes operating every 15 minutes, instead of its current 30-minute frequency.

"As excited as we are about this new service plan, which will provide more direct trips and access to more frequent service for the majority of our customers, we know that some of our customers may have to make adjustments to their commute. For the few riders who use the stop at Dade and Suburban, they will need to travel further to ride MetroBus, with the nearest stops located about 4/5 of a mile east to the #79 Ferguson on S. Florissant Road, or a little more than a 1/2 mile to the west to the #61 Chambers on Hanley Road.

"We are working hard to minimize the impact of these changes to our customers, including exploring alternative options that can help fill in those first-mile and last-mile gaps. We’ve also been listening to our customers throughout each stage of the planning process, and have made adjustments to the new service plan and retained service in areas where possible in response to their feedback.

"Community and customer engagement has been a key part of the Metro Reimagined plan, starting from Spring 2017, when customer outreach first started. A draft plan was shared a year later, and customer feedback was collected and incorporated in a new draft plan, that was shared with the public last October. We continued to accept feedback through early 2019, and the Metro Reimagined plan is currently being finalized. A final plan will be introduced later in Spring 2019, and the new service plan is scheduled to be launched in Fall 2019."