Sunday afternoon, organizers set up pictures and painted the spot on the road where he was killed 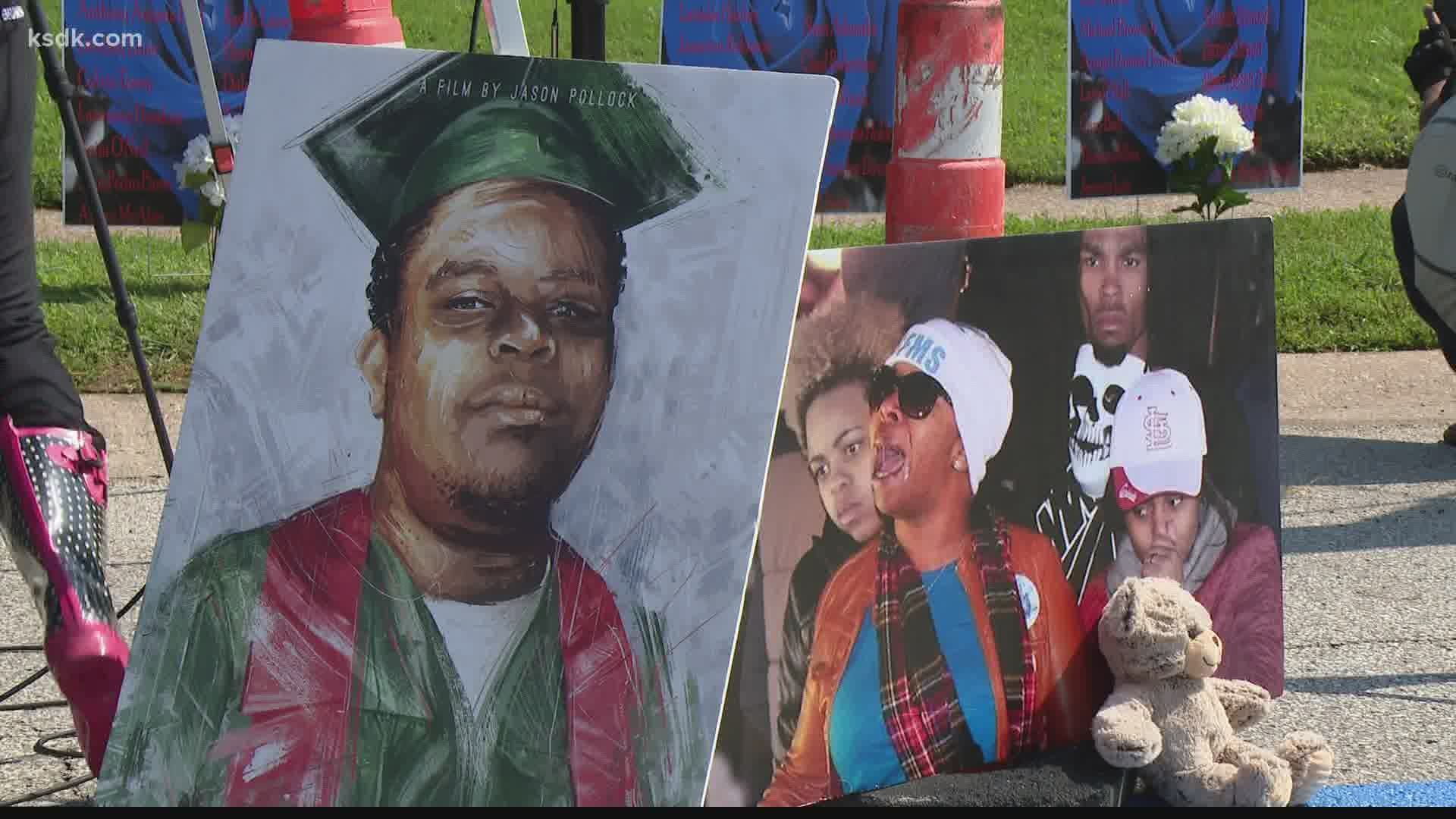 FERGUSON, Mo. — Mourners gathered Sunday at a memorial for Michael Brown on the sixth anniversary of his death.

The memorial was held on Canfield Drive, the place where Brown, 18, was shot and killed by then-Ferguson Police Officer Darren Wilson on Aug. 9, 2014. He was unarmed.

His death sparked weeks of civil unrest in St. Louis and beyond, igniting the Black Lives Matter movement. There have been similar nationwide protests against police brutality this summer following the police killing of George Floyd.

Sunday afternoon, organizers set up pictures and painted the spot on the road where he was killed, and dozens of roses were laid on the ground.

Last Sunday, protesters gathered outside the justice center in Clayton following the announcement that charges will not be filed after a reinvestigation of the case.

RELATED: Anger and understanding as Bell announces no charges after reinvestigation into Michael Brown's death

"It was a day I thought I would never see, a day that has changed my life forever — although I have been forced to learn how to cope with his absence," Brown Sr. said on the steps of the St. Louis County Justice Center exactly one year ago, on the fifth anniversary of his son's death.

"I would never guess the fact that my son would no longer be here, and justice has not been served."