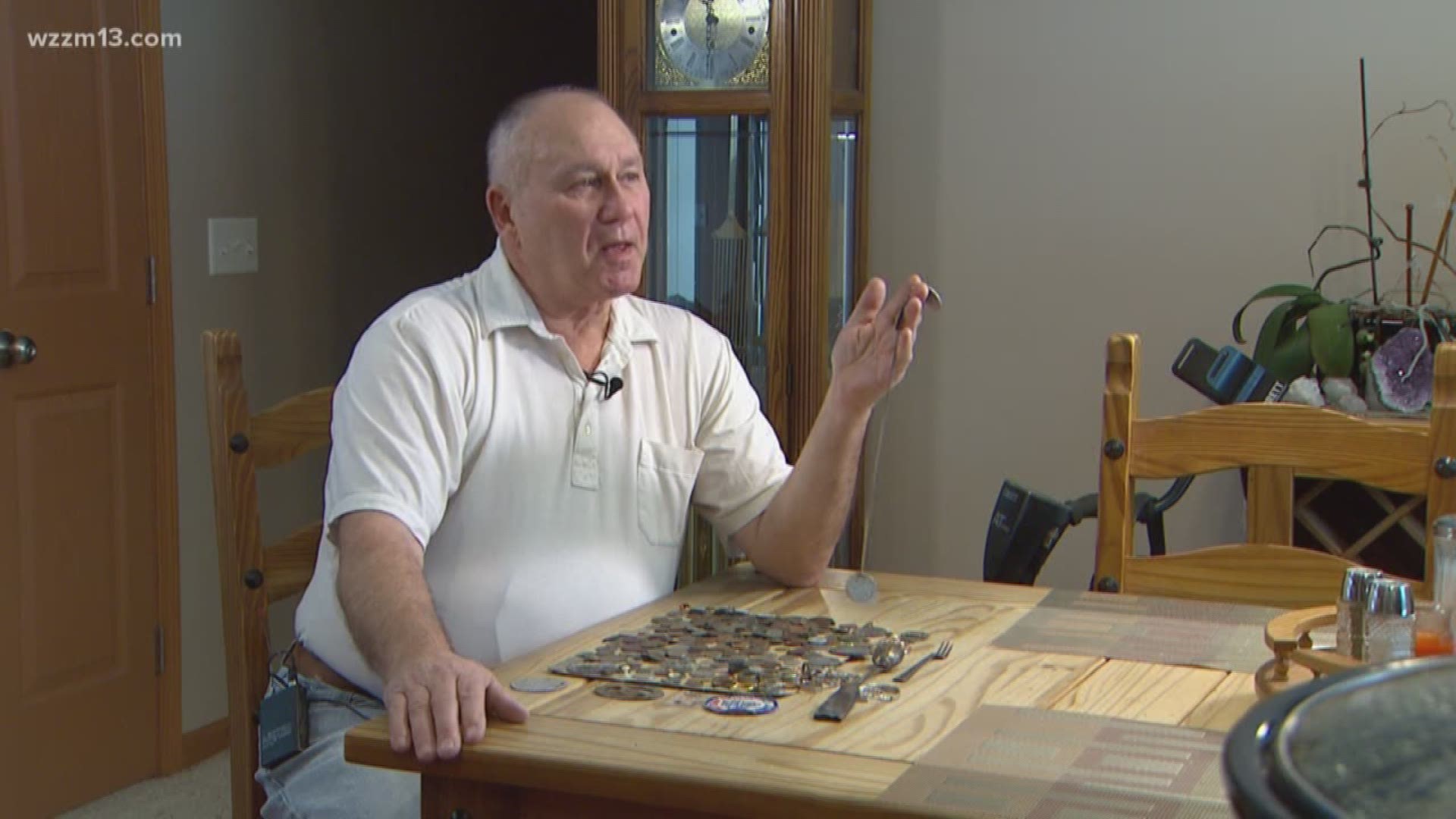 "I bought a metal detector more than 30 years ago and have been hunting with it ever since," said Zimmer. "I have found many items, like old coins, wedding rings, medallions and vehicle tags."

Zimmer has tackle boxes chock-full of all the piece of the past he's found, but one of his recent discoveries has more meaning to him than the rest. In the summer of 2015, Zimmer was metal detecting in Muskegon Heights, near the corner of Summit and Harrison Avenues, when something beneath the surface decided it wanted to be discovered.

"I was working along the the grass area between the roadway and the fence and found these dog tags," said Zimmer, while he held up the century-old artifact. "The dog tags I believe are from World War I; they're dated 1914, 1915."

"I'm not all that good with computers, but in some of the research I've done, I found that there's an Arthur H. Nelson who died in 1968 and is buried in Mona View Cemetery," said Zimmer.

Recently, he asked his son, Bob Zimmer, to put a picture of the dog tags on his Facebook page, hoping it would generate conversation and maybe, just maybe, descendants of Arthur H. Nelson would come forward.

As of this writing, that post has been shared nearly 500 times. Citizen sleuths are commenting, sharing thoughts and theories, but so far reconnecting the dog tags with Mr. Nelson's relatives hasn't happened.

"If it was my father or my grandfather, I would want to have them back," said Zimmer, while wiping a tear from his eye. "I really, really want to get them returned.

"They need to go where they belong."

If you happen to be a descendant of Arthur H. Nelson, of maybe know somebody who is, James Zimmer is asking that you contact him directly at this email address: hartlanedreams@comcast.net.

If you know of a story that should be featured on "Our Michigan Life," please send details of the story to Brent Ashcroft: life@wzzm13.com.

►Make it easy to keep up to date with more stories like this. Download the WZZM 13 app now.