Unearthed after 35 years, class ring is reunited with Michigan man

Thanks to a backyard project being done by the owners of her childhood home, Ruth Lamfers has her husband's class ring she lost in 1985. 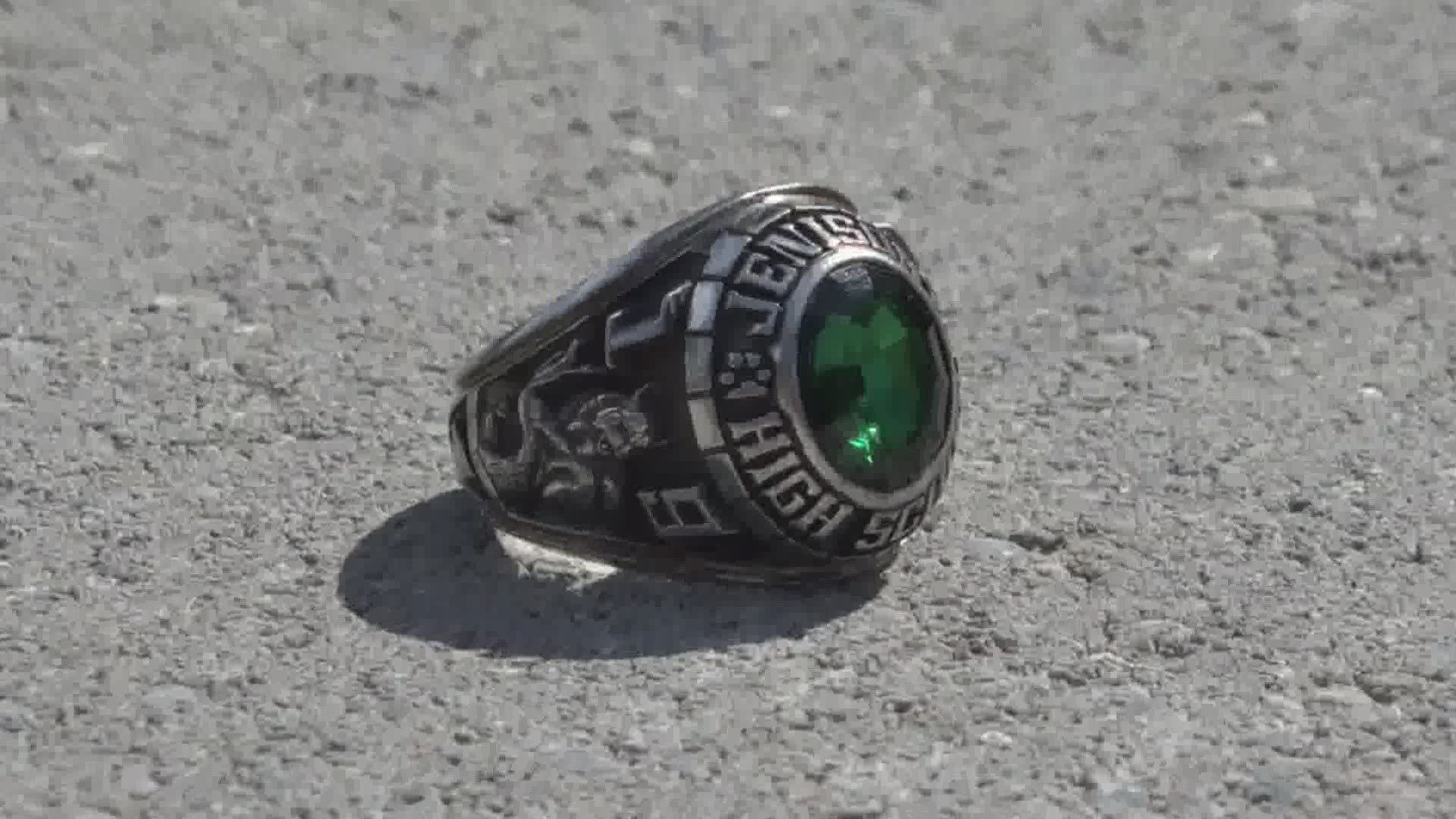 HUDSONVILLE, Mich. — Things that are lost will be found when they want to be found.

An item that's been missing since 1985 was recently unearthed in the backyard of a home in Jenison, Mi. backyard, ending 35 years of wonder for a woman who grew up there.

Richard and Elizabeth Freehafer purchased a home in Jenison in May, 2001. Over 19 years, the couple says they've done numerous projects in their backyard, without anything out of the ordinary happening, until the one they started in mid July.

Richard says the ring was covered in dirt, which made it impossible to make out any of the inscriptions and engravings, so he brought it inside and gave it to his wife.

"Suddenly, I had a Saturday afternoon project," said Elizabeth Freehafer, 58, Richard's wife. "As I was cleaning it, I could start making out the engravings.

Credit: WZZM
Rob Lamfers' girlfriend in 1985 lost his class ring and never found it. Her name is Ruth, and they eventually married. The ring was found 35 years later.

"It said, 'Jenison High School, class of 1982, and there was a green stone on it. Inside, there was an inscription of a name."

The name was "Robert A. Lamfers.'

"I was thankful he had good penmanship because it's his own signature and that's all I had to go on," said Elizabeth.

Elizabeth took photos of the ring then uploaded them to the Hudsonville/Georgetown/Jenison Informed Facebook page.

"Within about two hours, I had been contacted by both [Mr. Lamfers'] sister-in-law and by his daughter-in-law," added Elizabeth. "Eventually, I spoke to [Rob] on the phone and he seemed excited that the ring was found."

"I started getting random texts from people saying,'Did you graduate from Jenison High School in 1982,'" said Rob, 58.

During her conversation with Rob, Elizabeth learned that the home where she and Richard currently live was the childhood home of Rob's wife, who was known as Ruth Wiersum at the time.

Credit: Ruth Lamfers
Ruth and Rob started dating in 1984. Rob have her his class ring, which Ruth eventually lost. It was unearthed at her childhood home in July, 2020.

Credit: Ruth Lamfers
When Ruth Wiersum and Rob Lamfers were dating in 1985, she lost his class ring. It was found in July 2020 buried in the backyard of her childhood home.

Ruth and Rob started dating in 1985 and he gave her his class ring.

"That was the policy back then," Rob said. "It was lost soon after that."

Two days after the Freehafers found the ring, they invited Rob and Ruth over to give them back the ring.

"Look at that," Rob said, looking at the ring for the first time in 35 years. "It looks the same as the day we lost it."

Even though the couple has been happily married for 30 years, Ruth says she's often thought about whatever happened to that ring and how she could have lost it.

"I remember one day, it was just missing," said Ruth, 51. "I looked everywhere in the house for it, but never thought to look in the backyard.

"I remember telling [Rob] I had lost it and he was not very happy."

Almost four decades later, the mystery has finally been solved.

"The burden has been lifted," said Ruth.

"I married her anyways," Rob joked.

If you know of a story that should be featured on Our Michigan Life, email 13 On Your Side's Brent Ashcroft: life@13onyourside.com. We will be sure to follow-up. 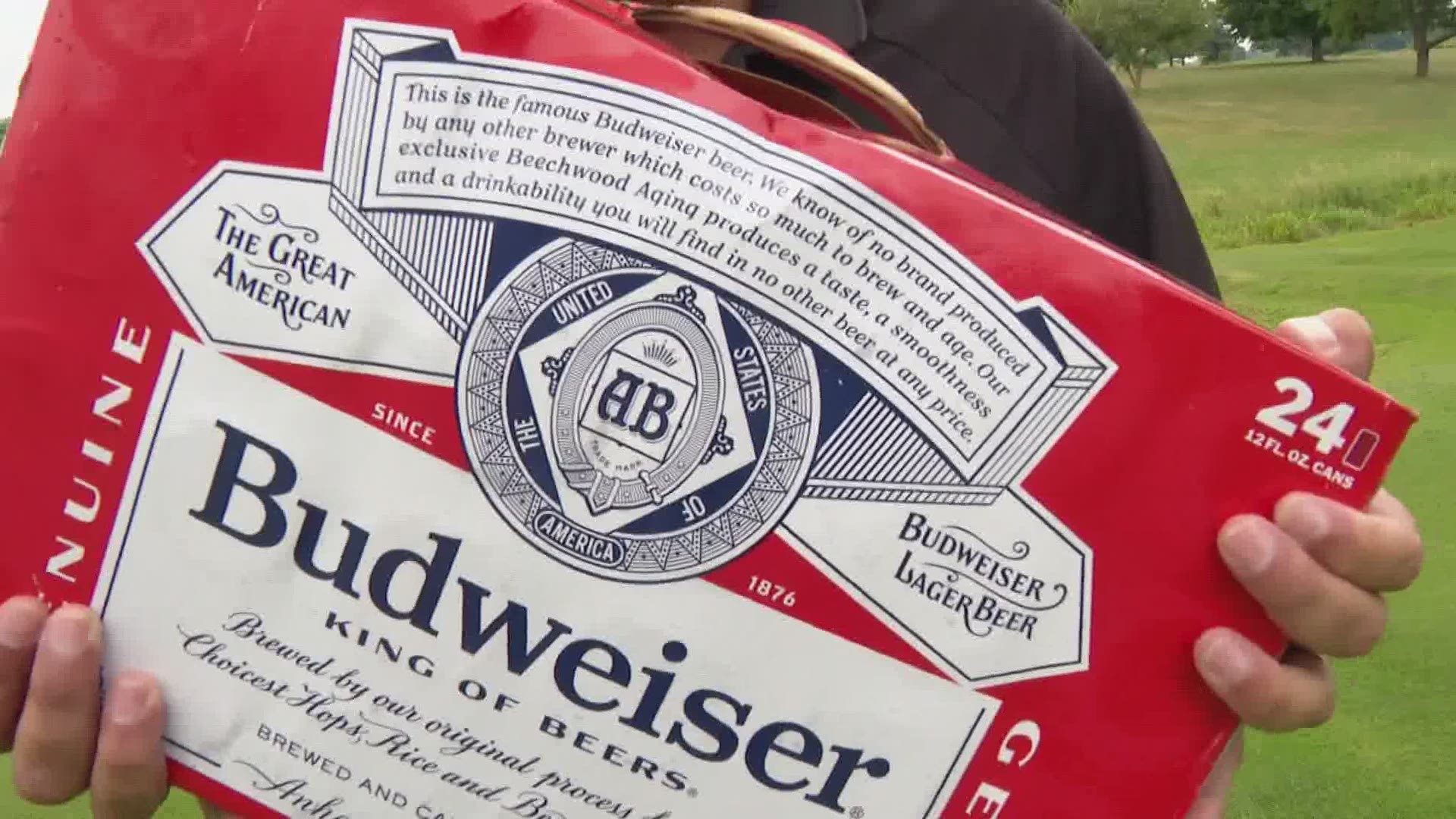