The bullet did something doctors say they've never seen. It curved around the heart. 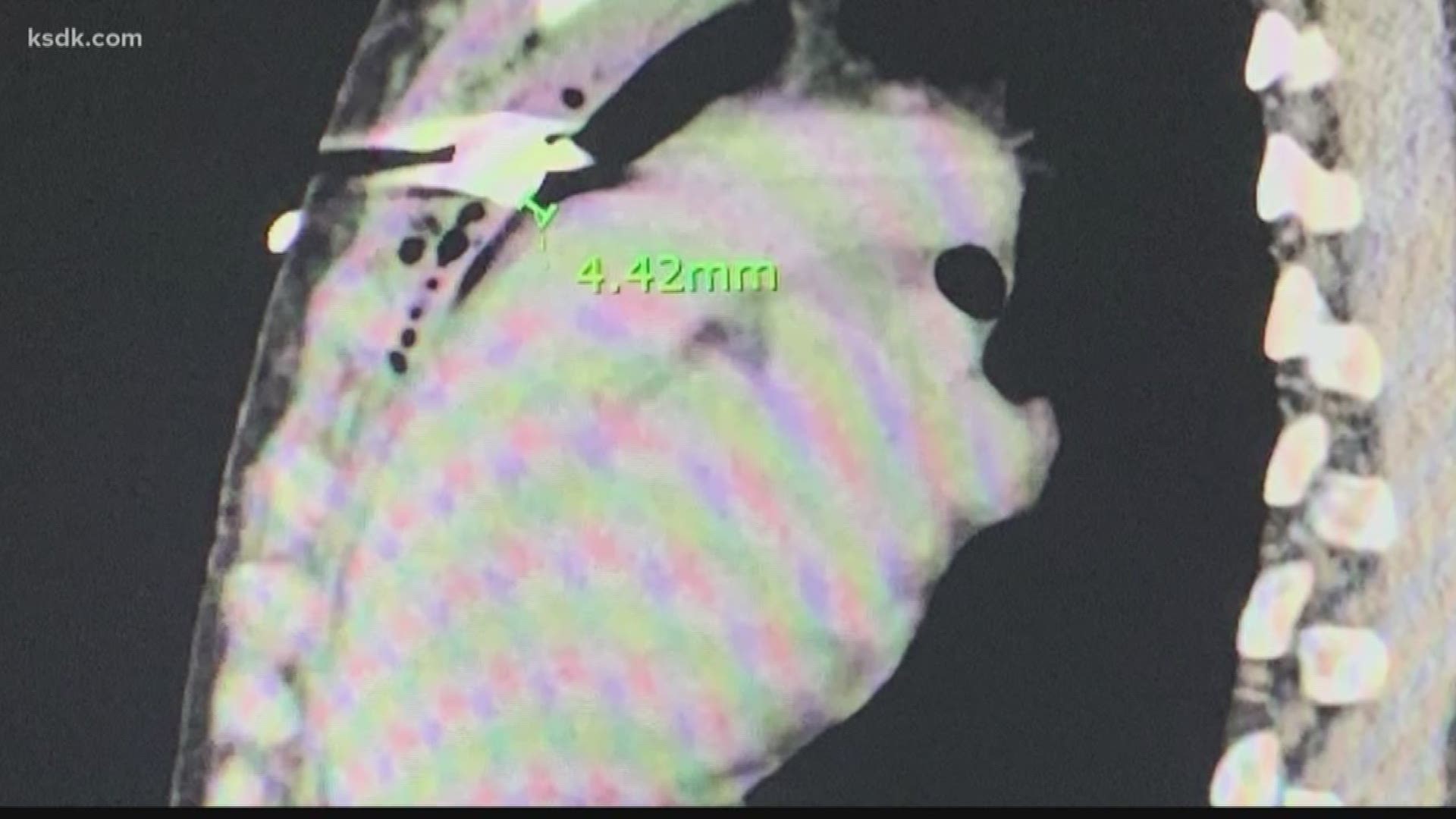 ST. LOUIS — A few centimeters meant the difference between life and death for a young woman in St. Louis. It happened when two men shot her as she got home from work in South City.

For the past two days, Spencer Sickmann has gotten practically no sleep.

"You know the thing about nightmares is you wake up. And in this scenario, we're already up," he said.

He wants to know what could cause someone to see his girlfriend, Olivia,   and shoot her point-blank.

"I've never met anyone who has met Olivia and did not only like her but love her," he said.

Sickmann didn't use her last name because he's afraid the people who shot her are still out there.

Olivia was getting home after a shift as a bartender. Police said two men came up to her car as she parked. Their faces were covered and they had guns out.

Sickmann said she tried to drive off but one man shot her through the driver's window. She managed to get to a nearby Phillips 66 gas station, where ambulances and Sickmann met her.

"White as a ghost, with tears in her eyes and she had this look of confusion," he described her as looking.

She was shot in the shoulder. What first responders did not know, at first, is where the bullet landed.

"Went straight down to her heart," Sickmann said.

But he said the bullet did something doctors say they've never seen. It curved around the heart.

"Which is the only reason she's here today," he added.

He said the bullet sits four centimeters away from her heart. It's a miracle but also dangerous because it's lodged next to an artery, according to what Sickmann said doctors told him.

"She could sit on the couch and it could move, pop that artery. She could bleed to death internally before even knowing it," he said, recalling what doctors informed him and Olivia.

That's why doctors said she needs heart surgery immediately. Through it all, he saw Olivia cry just once.

"They said, 'do you have health insurance?' She stared at me and she just shook her head," he said.

It's unclear how much the bill will be in the end. Sickmann said he knows it will be extremely high with the surgery and nearly a week expected in the hospital.

He said he's been amazed at the outpouring of support he's seen. A GoFundMe page he set up has nearly $15,000 as of Thursday night.

However, he said he feels lucky Olivia is simply here.

Anyone with information about the shooting is encouraged to call CrimeStoppers at 866-371-TIPS.

RELATED: 8 Things to do in St. Louis this weekend