Miriam Magic play for the love of the game

The Miriam Magic baseball team didn't expect to win a game this year, but that wasn’t their goal. 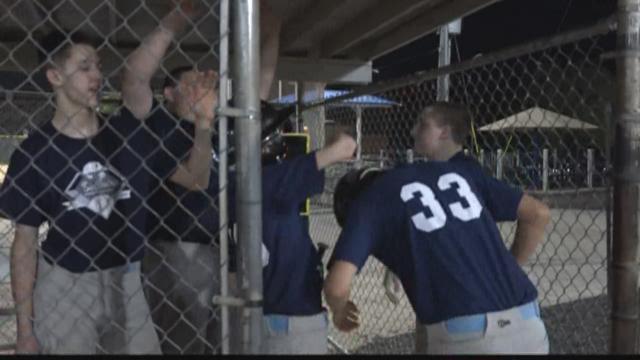 They are a brand new team, with a different kind of strategy.

The Miriam Magic baseball team didn't expect to win a game this year, but that wasn’t their goal.

“The goal wasn't necessarily to win,” said Coach Chris Holmes. “It was to play as good as we could and to improve.”

The team is made up of students from the newly established Miriam Academy, a high school in St. Louis County for students with complex learning disabilities.

Some of the students in the small class attended grade school at the Miriam School, which has served younger students with learning disabilities for decades.

“We weren’t planning to have a baseball team,” said Coach Holmes, who also teaches at Miriam Academy. “The kids were playing kickball and wiffleball and talking about how much they loved it and all of a sudden we had a team in the Ballwin Athletic Association.”

Some of the students had played sports before. Others had never picked up a baseball in their life. All of them understood how important this opportunity was.

“This means a lot to these kids,” Holmes explained. “When you’re never picked to be on a team. When you don’t think you can do something. And then you’re shown that you can — it’s powerful.”

He points to one of his players, Olzhas Barron-Grayson, as an example.

Barron-Grayson came to Miriam Academy from a different high school where he struggled academically and socially. Before the start of the season, he never played the sport.

“I never was athletically interested,” he said. “Ever. Until now!”

“What he didn’t know was his athletic talent — and this kid is so athletic, it’s amazing,” Holmes said.

Barron-Grayson has developed into a good hitter for the team. During one game in early May, he hit a double and scored a run.

“I like it because there's actually a lot of strategy,” he said. “I’m very amazed that I can actually try and do something and have success.”