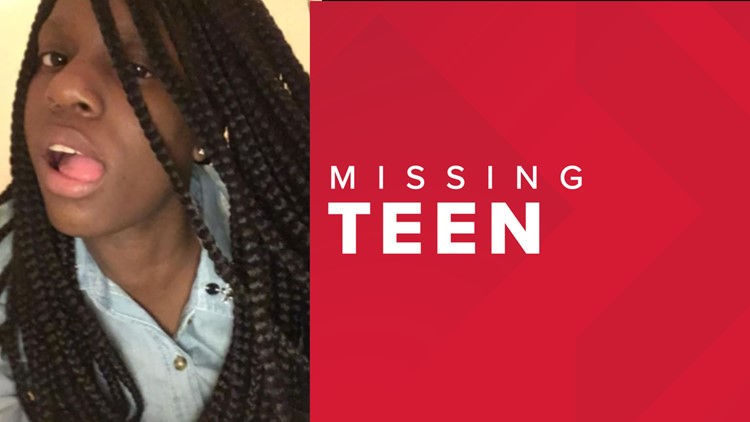 Jordyn Davis was reported missing from the 300 block of Kingston Drive. She was last seen when her mother dropped her off at the Shrewsbury MetroLink station at 6:40 a.m.

At 8:16 p.m., her mother received 'disturbing' text messages from Davis' phone that didn't sound like her, according to the St. Louis County Police Department.

Police said there was no indication that she had been kidnapped, but it was not being ruled out.

Davis has black hair and brown eyes. She was least seen wearing a gray track suit with flowers on the side of her pants and white shoes. She is 5 feet, 7 inches and 125 pounds.