Mitchell Riley, 81, was traveling with his wife in a separate vehicle when he went missing just after midnight on Wednesday. He was found safe on Thursday. 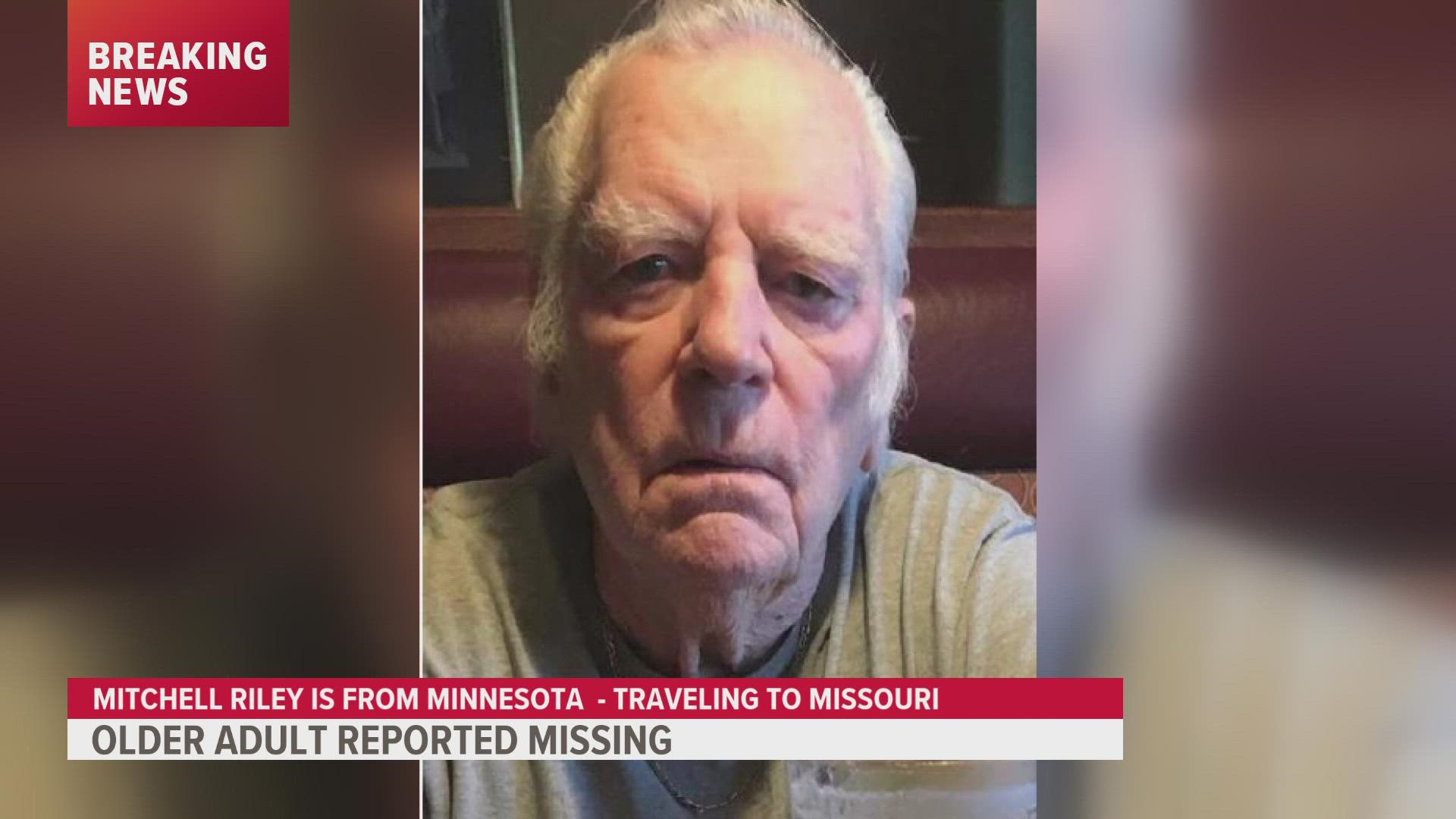 POLK COUNTY, Iowa — Authorities have located a Minnesota man who went missing in Iowa just after midnight on Wednesday, according to the Polk County Sheriff's Office.

Mitchell Lee Riley, 81, was traveling through Iowa in a separate vehicle with his wife when they got separated in northern Polk County. The sheriff's office says he was located in Manchester, Missouri on Thursday.

"He is in good health and law enforcement workers are working to reunite him with his family," the sheriff's office said on Thursday.

The Polk County Sheriff's Office is asking Iowans to be on alert for an older Minnesota man who may have gone missing while traveling to Missouri just after midnight on Wednesday.

Mitchell Lee Riley, 81, was traveling through Iowa with his wife. He was driving a U-Haul truck with an Arizona license plate AJ33038 while his wife followed in their vehicle.

He was last seen wearing a green Army ball cap, tan jacket, blue shirt, blue jeans and black dress shoes. Riley also has Alzheimer's and other medical conditions that require medications that he does not have with him.

Those with any information on Riley's whereabouts or the U-Haul are asked to contact the Polk County Sheriff's Office at 515-286-3333 or the nearest law enforcement agency.

His original route of travel was south on Interstate 35 to Warrensburg, Missouri, which is about four hours south of Des Moines.

The couple had stopped at a rest area on Interstate 35 near mile marker 100 just after midnight on Wednesday. This area is in northern Polk County. Riley was not able to find his wife while at the rest area, the sheriff's office says.

Riley's wife saw him leave the rest stop in the U-Haul just after 12:15 a.m. He was heading southbound, according to the sheriff's office, and this was the last time he was seen.

Riley's wife continued to search for him, stopping at several Ankeny exits, before contacting law enforcement in Minnesota and Missouri. The sheriff's office says those law enforcement agencies were contacted before they were.

Local 5 will update this story as more information becomes available. Download the We Are Iowa app or subscribe to Local 5's "5 Things to Know" email newsletter for the latest.