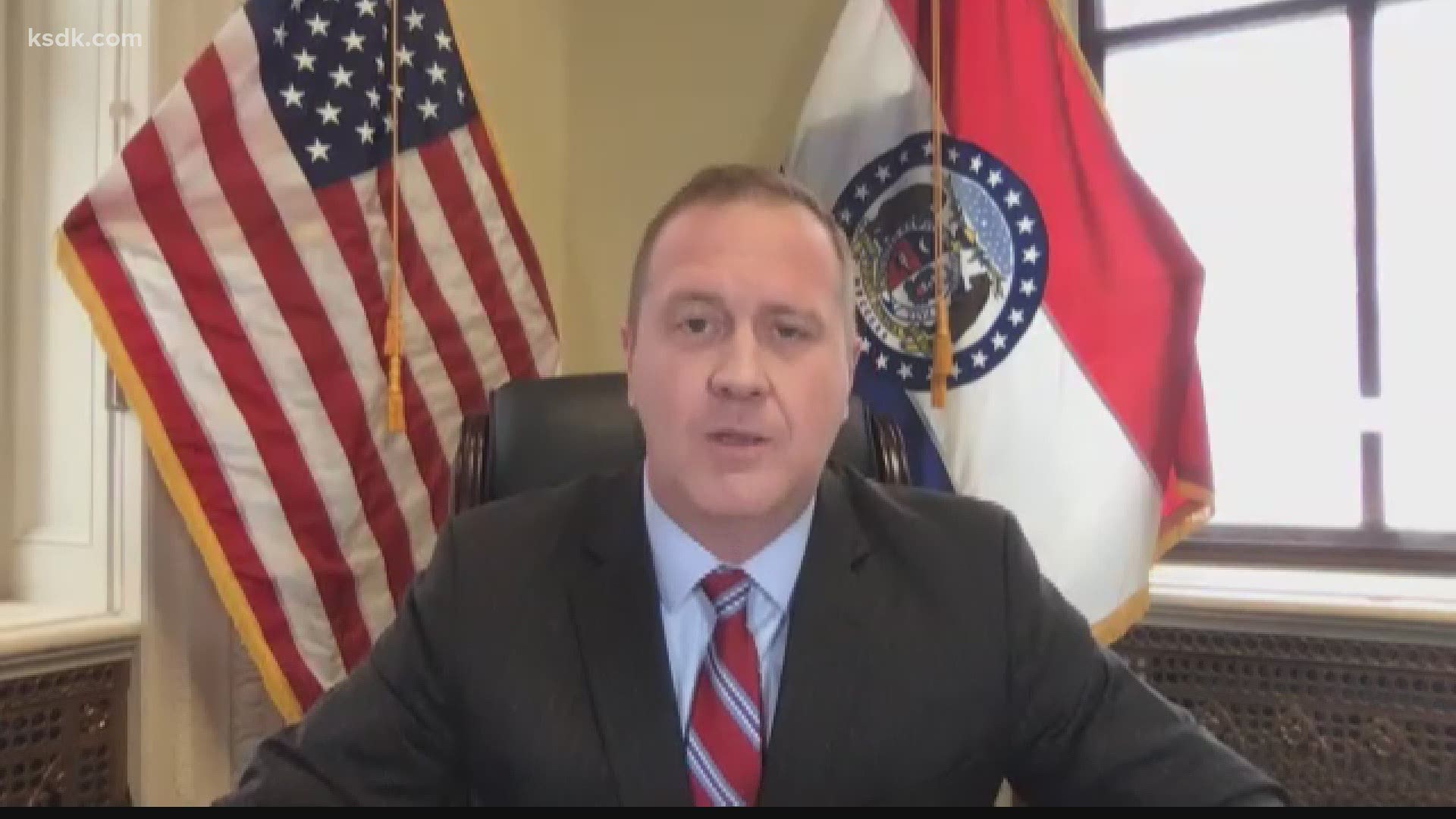 Schmitt said he filed the lawsuit over the “arbitrary, capricious, and unreasonable application of COVID-19 restrictions in St. Louis County.” The suit specifically takes issue with restrictions on religious institutions, masking requirements for K-12 grades, government pre-approval for events and outdoor mask requirements.

Within a week of sending their response, Page announced the “Reopen STL” order, which removed certain objectionable restrictions that Schmitt’s office raised in the letter. But, Schmitt’s lawsuit states the new order continues to “impose significant restrictions on personal and religious freedoms.”

“Three weeks ago, I sent a letter to St. Louis County asking for an explanation and evidence justifying the County’s extreme restrictions on St. Louis County residents. The County’s response was vague and unresponsive. Just several days later, the County rushed to amend their shut-down order in an apparent attempt to appease this Office and avoid litigation. It has not,” Attorney General Schmitt said in a news release. “From requiring a mask outdoors to subjecting citizens to government pre-approval for private events, enough is enough. The seemingly unending control over people’s lives must end. Vaccines are widely available to all adults – it’s past time for St. Louis County to lift these restrictions, and that’s why I filed suit today.”

5 On Your Side contact St. Louis County for a response. Chief communications officer Doug Moore emailed the following statement:

"We all know Mr. Schmitt is trying to increase his profile statewide and suing those protecting the health and safety of residents is apparently one of the ways he has chosen to do that. Our focus is on getting people vaccinated and on economic recovery.

The suit brings eight counts against St. Louis County. To read the full lawsuit, click here and you can also view it in the document below.