Missouri Attorney General to announce new law to fight carjackings in St. Louis and across the state 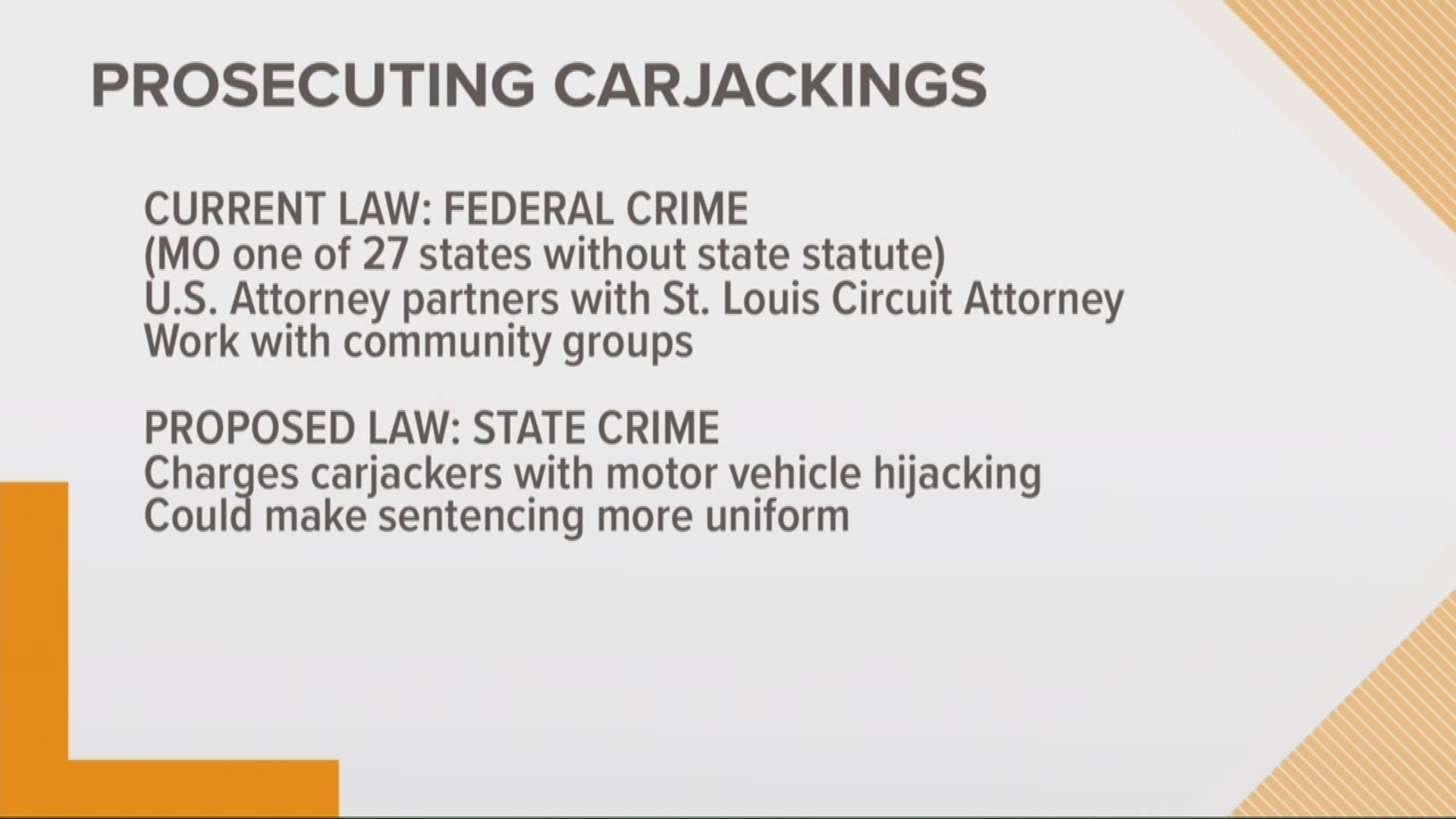 RELATED: Carjackings just won't stop. So, how do you protect yourself while pumping gas?

The statute would allow prosecutors to charge carjackers with motor vehicle hijacking rather than a broader robbery charge, which is the current practice. Having a separate statute allows for more accurate tracking and increases uniform sentencing,’ The press release said.

MORE: There were 350 carjackings in St. Louis in 2018, these are the neighborhoods with the most

The press conference is scheduled for Feb. 25 at 11 a.m. St. Louis Police Chief John Hayden will also be there.