If approved by the Missouri Conservation Commission, a season could occur as soon as the fall of 2021. MDC is asking for initial public comments through June 5. 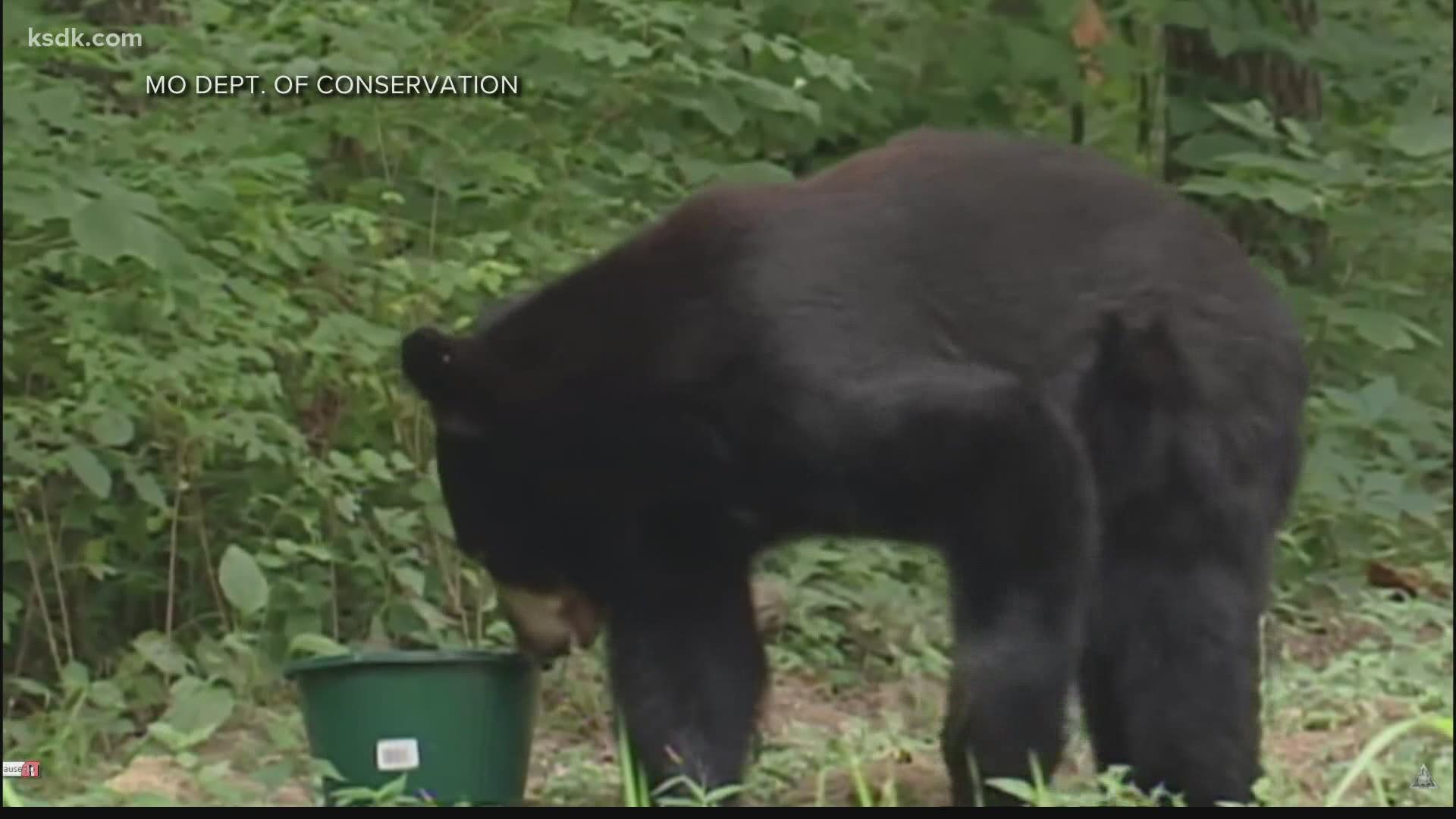 JEFFERSON CITY, Mo. — The Missouri Department of Conservation is looking for public input on a regulated hunting season for black bears.

According to the Missouri Department of Conservation, a proposed limited and highly regulated season would only be open to Missouri residents.

If approved by the Missouri Conservation Commission, a season could occur as soon as the fall of 2021. The Missouri Department of Conservation is asking for initial public comments through June 5.

According to the Missouri Department of Conservation, over the last 50 years bear numbers in the Missouri Ozarks have increased significantly and now Missouri is home to between 540 – 840 black bears. Bear numbers are currently increasing each year and bear range in the state is expanding.

Most of the state’s black bears are found south of the Missouri River and south of Interstate 44. The Missouri Department of Conservation said it is proposing to establish three ‘bear managements zones.’

The proposed hunting season for black bears would begin each year on the third Monday in October and run for 10 days or until bear management zones specific quotas are reached, whichever comes first.

Hunting hours would be a half-hour before sunrise to a half-hour hour after sunset. They would also need to call in each morning they intend to hunt to determine if the bear management zone-specific quota has been reached.

According to the Missouri Department of Conservation, hunters would be allowed to use both archery and firearms equipment with allowable methods being the same as those for deer and elk, except the use of an atlatl. Baiting and the use of dogs would not be allowed at this time but may be considered in the future.

The harvest limit would be one bear per permit. Bears eligible for harvest would be limited to single bears only. Hunters would not be allowed to disturb, pursue, or harvest any bear that has taken refuge in a den.

“With Missouri’s growing black bear population, MDC is proposing the development of a limited and highly regulated bear hunting season,” said MDC Furbearer Biologist Laura Conlee. “The hunting season would provide Missouri residents with the opportunity to participate in the sustainable harvest of a valuable natural resource. The timing and length of the season, restrictive methods, and permit allocation coupled with a harvest quota will initially be limited to ensure a sustainable harvest of our growing black bear population.”

Conlee added that limited black bear hunting will be an essential part of population management in the future as Missouri’s bear numbers continue to grow.