Missouri bill would allow drivers to run over protesters; another asks for police accountability 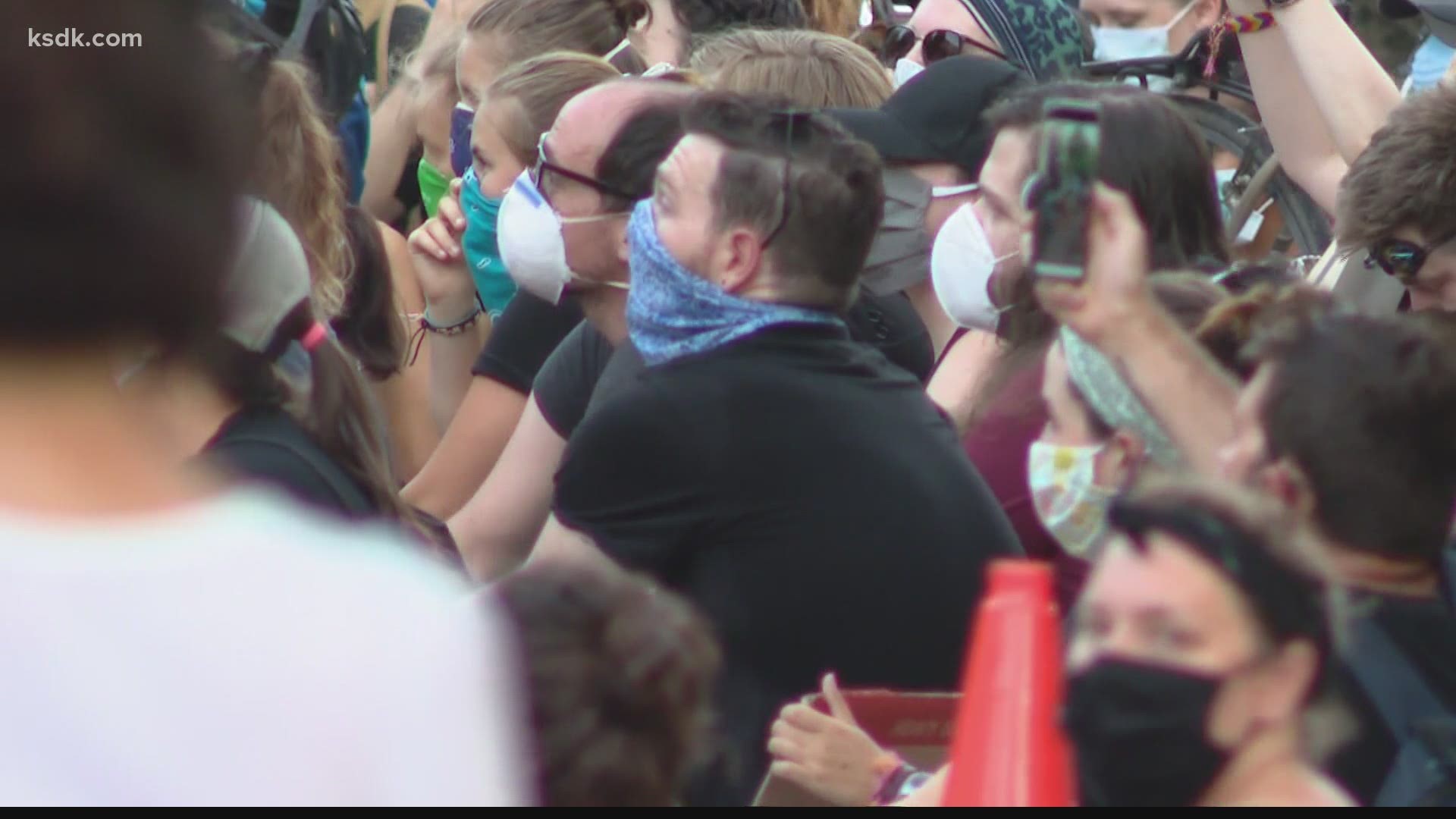 ST. LOUIS — Two bills introduced in the Missouri State Senate take conflicting approaches to the use of deadly force.

One is a crackdown on protesters and the other bill is a push for police reform.

On Monday, the Democratic senator introduced SB 60 to address police brutality. The bill would ban chokeholds, make it harder for disciplined police officers to join other departments and create stricter guidelines for using deadly force.

"This isn't an us versus them situation, this is about building the trust in the community at the expense of police accountability and transparency," Williams said.

His new bill, SB 66, would allow the use of deadly force against protesters, releasing drivers who run over protesters from any liability.

"It's kind of absolving the people that are filled with hate that don't want to see people fighting for their liberation and giving them the right away and the go ahead to say we can just kill them and it's OK," said community organizer Maxi Glamour.

But the Missouri Fraternal Order of Police had other thoughts.

"I just think this is a way to protect everybody's free speech," said Jay Schroeder, a spokesperson for the St. Louis County police union and MFOP.

5 On Your Side asked Schroeder if he feels this is giving people the green light to cause harm to protesters.

"I don't think that's the spirit of this bill. I think it's basically just to set some parameters for people to peacefully protest and protect everyone involved in the protest," Schroeder said.

5 On Your Side also reached out to the Ethical Society of Police. They believe Brattin's bill is racially motivated. They released the statement below:

"We find this bill disturbing. Clearly, some do not know how to differentiate between protesters or demonstrators, who are exercising their constitutional rights, and rioters, who are breaking laws for financial gain. Does the Constitution only work for some people and not others? Just recently someone, a white male, took matters into his own hands utilizing deadly force against a demonstrator, a black male, who was exercising his constitutional rights to protest.

"Are we saying that we need to rewrite the Constitution to add that, if you are against something that the majority also doesn't like, then deadly force could be used against you because you are demonstrating and wanting a change?

"We're still dividing this country by race because lately more of the demonstrators have been black. So with this new bill are you saying those that individuals who have been wronged by big corporations and take to the streets so they can be heard also should not be given the right to protest. Or, is this bill strictly for minorities who feel that the only way that they can be heard is through a demonstration or protest? Once again, the Constitution only works for certain individuals and not others who may be of a different race or of a different color."