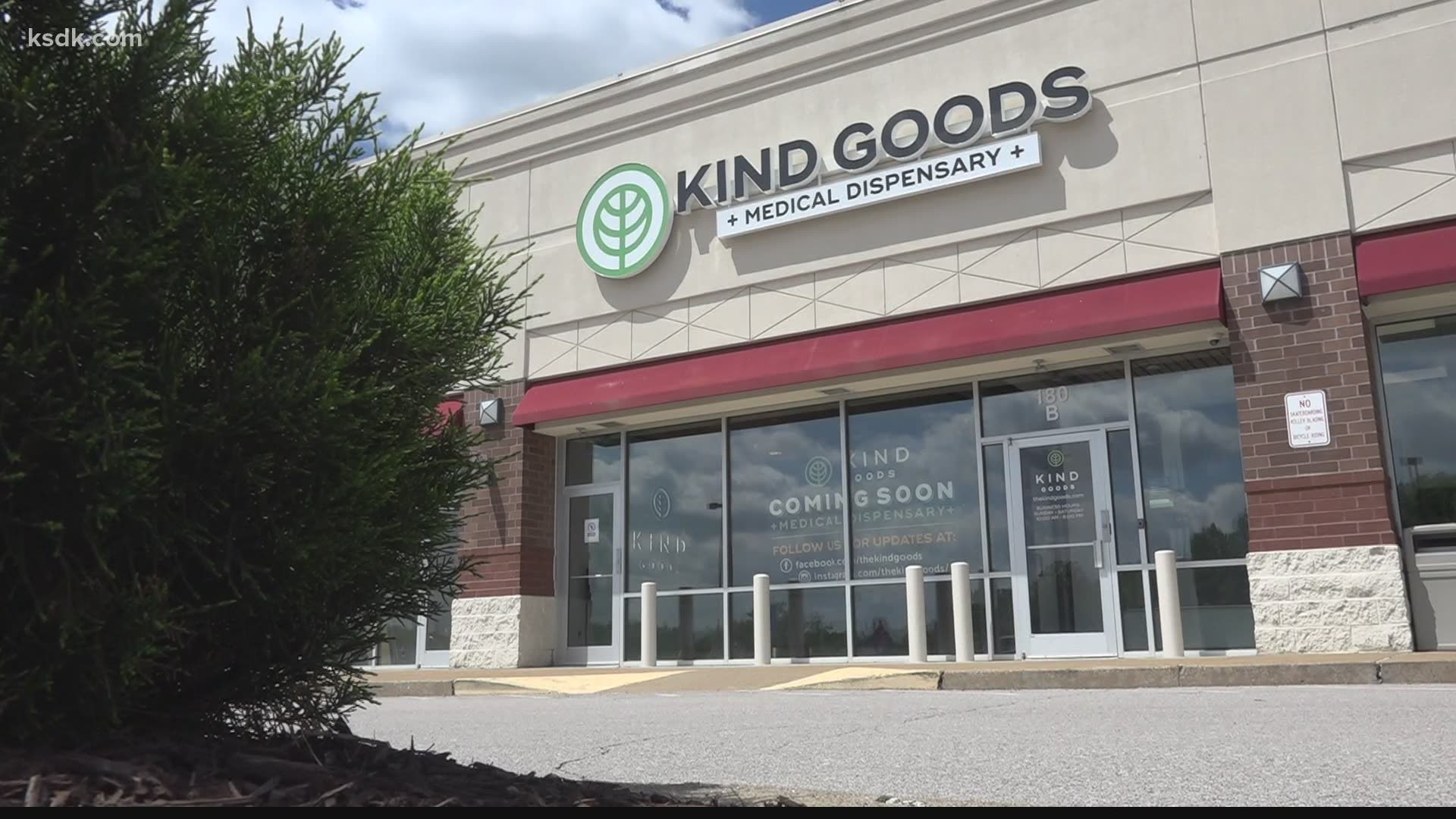 ST. LOUIS — The new staff of Kind Goods fills the Fenton dispensary nine days before their May 14 opening for a final training session, most of them learning the nuances of the medical marijuana industry for the first time.

"I had zero expectations of finding somebody with a cannabis background just because we don't have anything in Missouri," Kind Goods' Jess Hutton said.

Hutton said they had 953 people apply for about a dozen positions, numbers that would make hiring managers in other industries jealous. Bar and restaurant owners have reported staffing shortages for months, and one longtime Crestwood restaurant recently closed its doors for good because the owners couldn't continue to work the long hours required.

"I posted an opening and literally within minutes my inbox was dinging out of control," she said.

Because this is a new industry, Hutton looked for experience in comparable fields, some of the same industries that now report they can't find enough staff.

"Candidates that we're looking for are people that have been in a lot of retail, restaurant, things of that nature," Feel State's Tyler Hannegan said.

Hannegan said the Florissant dispensary has its staff in place, though they're waiting on a final stamp of approval from the Department of Health and Senior Services after their final commencement inspection, which was conducted at the end of April.

Hannegan said they fielded a lot of interest from job prospects but found some staff through a team member who works as an adjunct professor at SLU's cannabis science program.

Hutton and Hannegan both said they're ready to open their doors, knowing these are high stakes for people emerging out of the pandemic recession.

"For us, it's exciting that we can provide jobs now to these people that have been impacted by COVID over the last year," Hutton said.