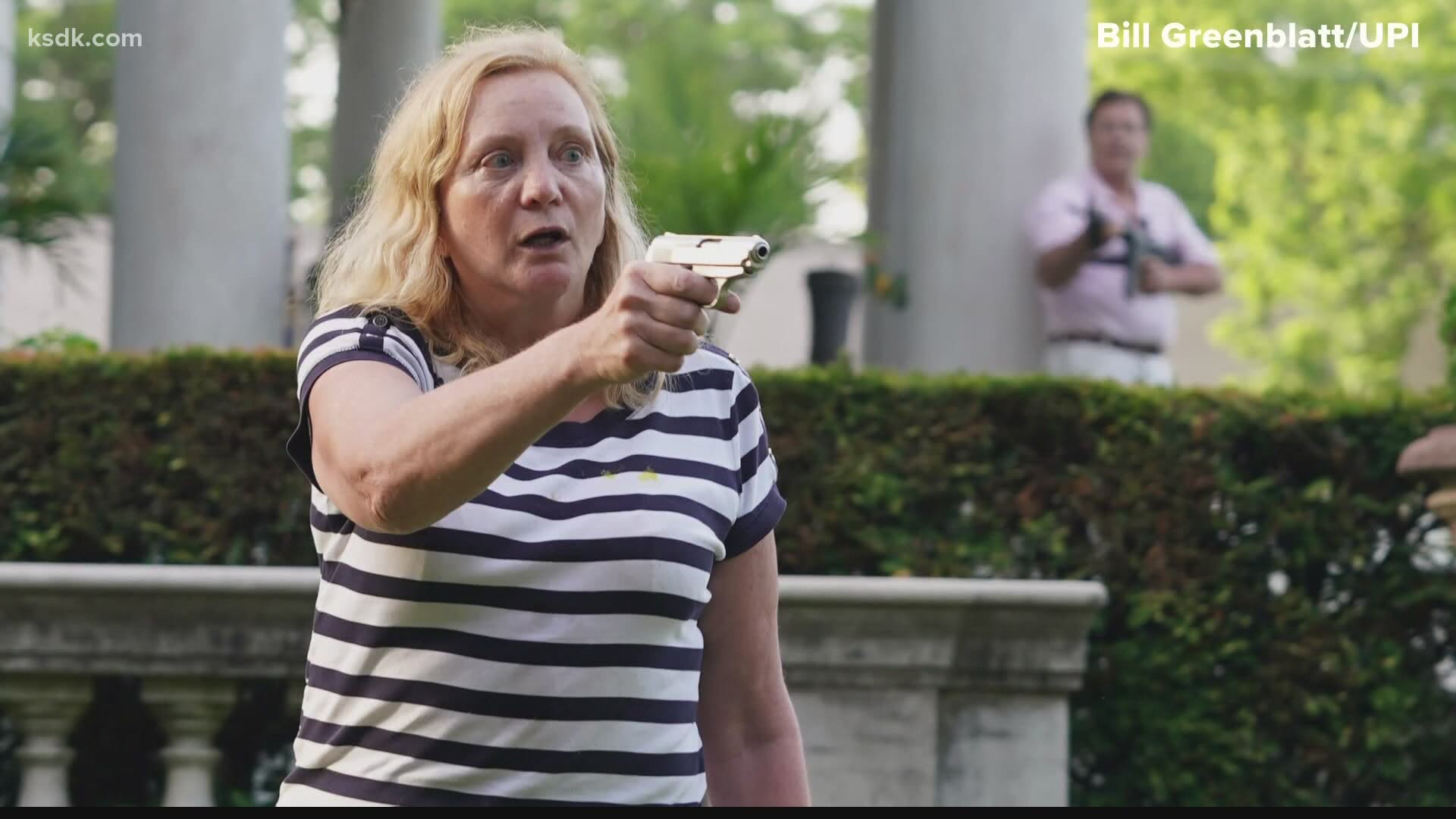 ST. LOUIS — Missouri Gov. Mike Parson said Tuesday that he has talked to President Donald Trump about the couple who was photographed confronting protesters with guns and that Trump is willing to "do what he can to help."

Parson talked about his conversation with Trump during a Facebook Live during which he updated the public on the latest COVID-19 news.

He said he has "never wavered from the second amendment," and believed the McCloskeys were defending their property when Mark McCloskey held a rifle in his arms, while his wife, Patricia, pointed a pistol at protesters.

Photos of the confrontation have gone viral, and, on Friday, St. Louis police executed a search warrant on the couple's home. Officers seized the rifle, and the couple's former attorney, Al Watkins, gave officers the pistol Patricia McCloskey used, saying it was only a prop the couple once used during a federal trial. The husband and wife are attorneys.

Parson said prosecutors should not be attempting to "take their constitutional rights away."

Parson added that he talked to Trump by phone and that Trump "understands the situation in St. Louis," and that he is "willing to do what he can to help."