This comes as thousands of National Guard members from across the country will head to D.C. to help during the inauguration 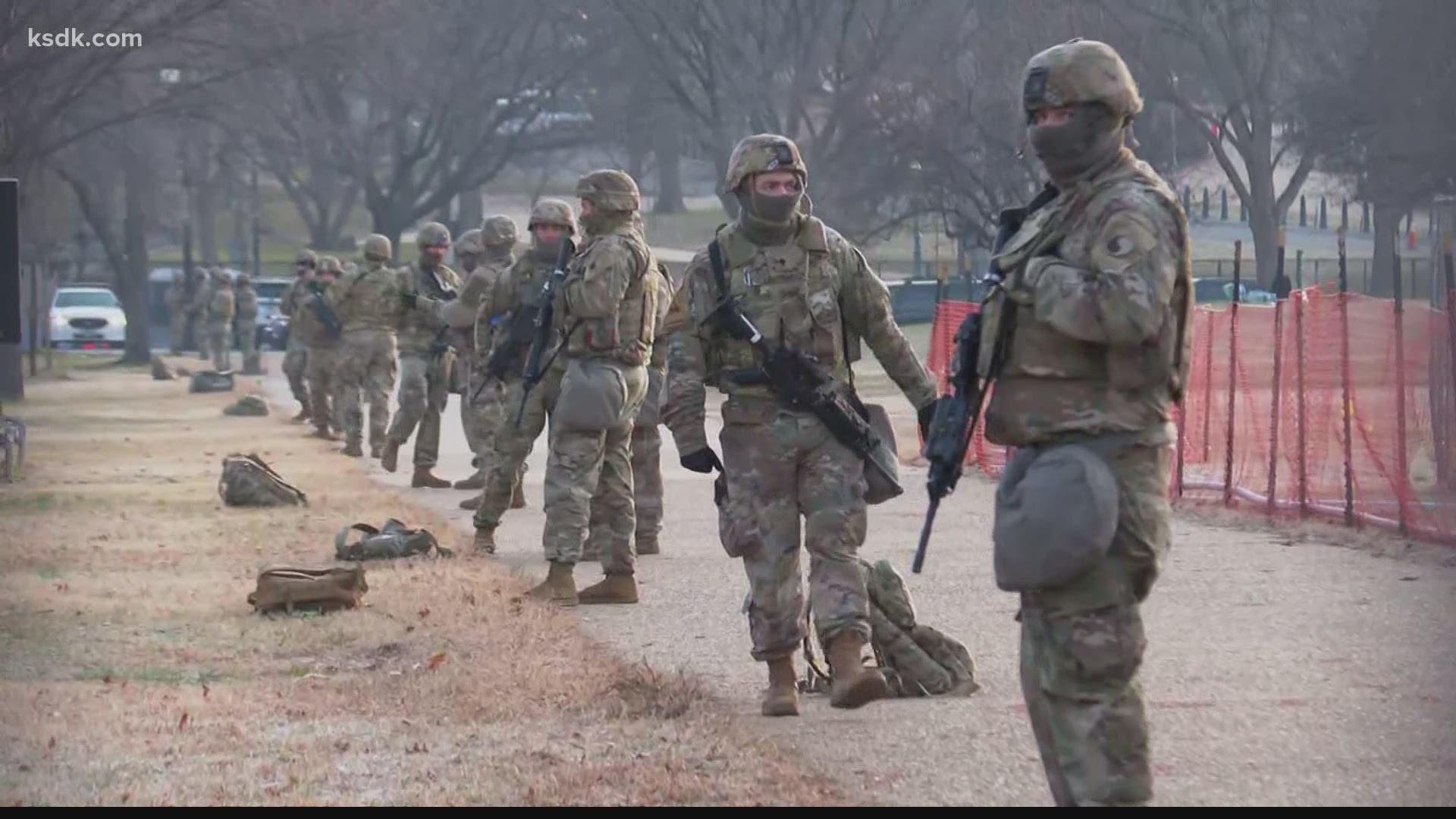 WASHINGTON — Following a deadly riot earlier this month, security at the U.S. Capitol is top of mind ahead of President-elect Joe Biden's inauguration on Jan. 20.

Missouri Governor Mike Parson is sending the Missouri National Guard to Washington ahead of Inauguration Day to help with security.

Due to operational concerns, a spokesperson did not provide a specific number of troops involved or any other details.

This comes as thousands of National Guard members from across the country will head to D.C. to help with crowd management and traffic control in and around the Capitol, National Mall and White House.

The FBI has warned of plans for armed protests at all 50 state capitals and in D.C. starting this weekend and leading up to the inauguration next Wednesday.

Photos posted on social media showed some National Guard members sleeping in the halls of the Capitol.

Credit: AP
Hundreds of National Guard troops hold inside the Capitol Visitor's Center to reinforce security at the Capitol in Washington, Wednesday, Jan. 13, 2021. The House of Representatives is pursuing an article of impeachment against President Donald Trump for his role in inciting an angry mob to storm the Capitol last week. (AP Photo/J. Scott Applewhite)

Earlier this week, Illinois Governor JB Pritzker also announced Illinois National Guard members will be helping in D.C. Gov. Pritzker activated about 200 guard members to report to Washington ahead of the inauguration.

“In the wake of the recent incident at the Capitol, ensuring a peaceful transfer of power to the Biden administration is of the utmost importance,” Pritzker said. “The Illinois National Guard is renown for its exemplary soldiers and airmen and I am proud to have them represent Illinois alongside other servicemembers during the upcoming presidential inauguration.”

In the wake of the incident at the Capitol, ensuring a peaceful transfer of power is of the utmost importance. The @IL_Natl_Guard is renowned for exemplary soldiers & airmen and I'm proud to have about 200 members represent Illinois during the upcoming presidential inauguration.

“Supporting the Presidential Inauguration is a great opportunity for the Illinois National Guard to be part of history and represent the state of Illinois,” said Maj. Gen. Richard Neely, the Adjutant General of Illinois and Commander of the Illinois National Guard. “Our Soldiers and Airmen are highly trained and I have full confidence in their abilities to support local and federal agencies as needed.”