Though the newspaper defends the message behind the cartoon, it admitted it shouldn't have been published in the paper. 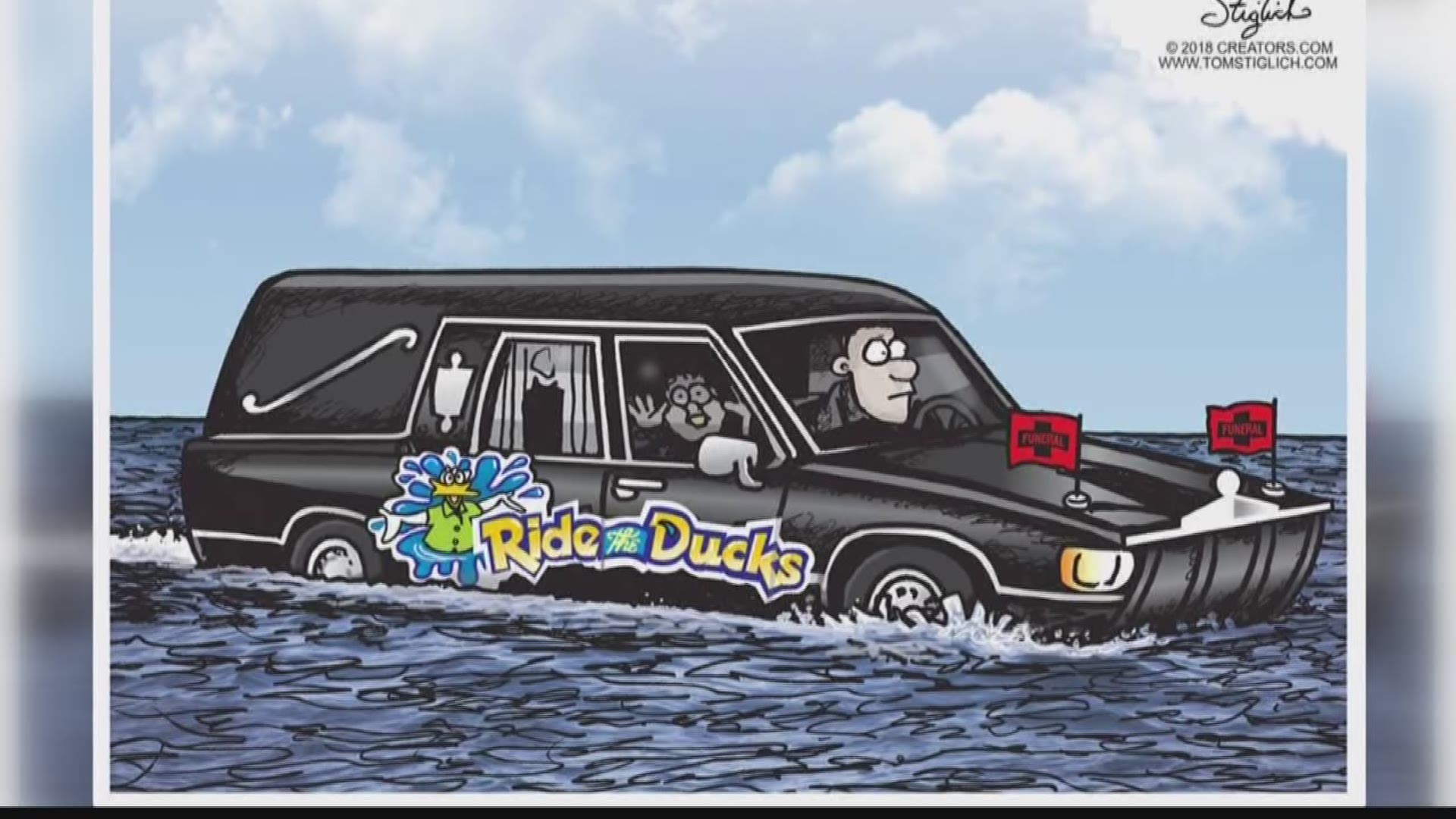 WASHINGTON, Mo. – A Missouri newspaper apologized to its readers for publishing an editorial cartoon about the duck boat tragedy at Table Rock Lake that left 17 people dead.

The “Missourian” published the apology Friday after the cartoon was featured in its Wednesday paper.

The cartoon shows a hearse floating in the water with “Ride the Ducks” written on the side. There are two people in the hearse, a blank-faced driver and a frightened passenger pressing his/her face and hands up against the glass window.

The Missourian said many people viewed the cartoon as insensitive but said it was meant to “bring awareness to unsafe touring vehicles.”

“Not all editorial cartoons are meant to be humorous. In this case, it was meant to be informative of the dangers of the boats as stated by the artist,” the apology read.

Though the newspaper defends the message behind the cartoon, it admitted it shouldn't have been published in the paper.

A statement from the Philadelphia cartoonist who created the image, Tom Stiglich, was also featured in the apology note:

I drew the Duck Boat cartoon with the intention of trying to save others from the horrific grief Tia Coleman must be enduring. She is, without a doubt, in my thoughts and prayers.

In Philadelphia (my hometown), two tourists were killed when a duck boat was hit by a barge in 2010. In 2015, five people were killed and 69 others were injured when a duck boat collided with a bus carrying a group of students in Seattle. Just one year later, there were three separate crashes. One took place in Philadelphia, while two happened in Boston, prompting officials to increase safety regulations. I feel not enough is being done.

It's not a fun, humorous topic, and in no way was I trying to make light of this horrible tragedy.