The last-minute passage of SB 501 created a Good Samaritan law in Missouri. 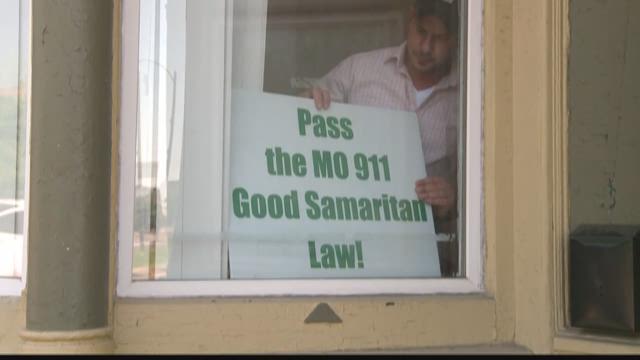 Some local families are celebrating a major victory following the end of Missouri's legislative session on Friday. Lawmakers passed Senate Bill 501, an in-depth bill with new laws aimed at saving lives across the state.

The end of the session also marked the end a five-year fight for changes that could turn the tide for people in Missouri battling addiction and overdose.

“When I heard it I was walking to my car and I just sat in my car and cried,” said Kathi Arbini. She’s been on the front lines of the fight for a 911 Good Samaritan Law. Her son, Kevin Mullane, died of a heroin overdose at a friend's house in 2009.

“He had been in this boy's basement for about 17 hours because the kid, his buddy, was too afraid to call 911,” said Arbini.

The last-minute passage of SB 501 created the Good Samaritan law in Missouri.

“If somebody in a good faith effort calls 911 for an overdose of any drug the people involved, the caller, the person overdosing, will not get arrested for possession. That's it. It's only for possession of user amounts of what may be there,” said Chad Sabora, co-founder of the Missouri Network for Opiate Reform and Recovery.

Sabora is a recovering addict who worked closely with lawmakers for half a decade to craft the bill.

“Thirty-eight other states have laws like this on the books. We've seen anywhere between a 10-20 percent reduction in deaths and upwards of a 30 percent increase in 911 calls,” said Sabora.

The new law won't bring Arbini's son back. But she feels it is his legacy.

“He'd be really proud because we're doing stuff in his name and in his memory to save lives.”

There are many other parts of Senate Bill 501. Click here for a full summary.

The bill still needs Governor Greitens' signature. If signed, the provisions in SB 501 should take effect in August.