Soon, more than 33,000 Missouri prisoners will be getting free tablets. 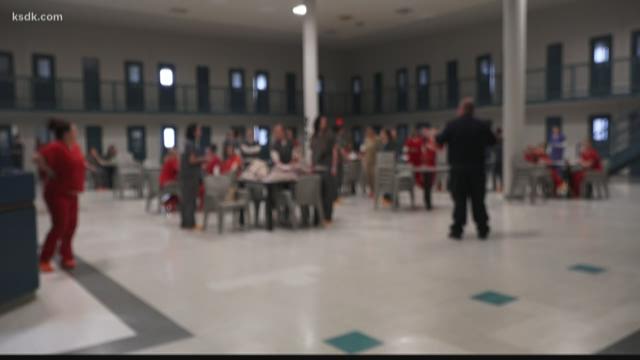 The I-Team has uncovered new information about Missouri prison inmates using the internet to rejoin society while still locked up.

Soon, more than 33,000 Missouri prisoners will be getting free tablets.

It's all slated to happen this year, but some staff who work in those prisons said they are afraid technology in the wrong hands could compromise security.

Ammann often advocates for prison inmates, but he says this program worries him.

The tablets are being provided by JPAY, a large prison contractor that already handles inmate money transfer and email services.

The tablets will have a few education apps, limited email and phone access and inmates can buy movies, music and even games.

A spokesperson for the Missouri Department of Corrections said there will be no internet access or cameras on the tablets, and they'll be monitored by corrections officers.

But Gary Gross, the executive director of the corrections officers union said he fears the tablets could make it easier to traffic drugs into prison or breach prison security.

But, according to JPAY, the tablet program has proven to be successful in other states, lowering assaults on staff, and even lowering inmate suicide rates.

"Ninety-five percent of people in state prisons are going to get out one day," said Jessica Meyers, with the Crime Victim Advocacy Center of St. Louis.

And for that reason, some say the tablet's educational offerings — like anger management courses — could help lower recidivism rates.

Meyers said it's a hope even victims of crimes have expressed to her in the past.

"I have had homicide victims families that have said, 'I really hope something happens to that person in prison where they can better their life. I hope when they get out, they don't offend again,'" said Meyers.

But ultimately it's JPAY, the company bringing in these tablets, that may see the biggest benefits

"It's a huge profit center for these companies, making millions of dollars off these systems. It's all done electronically, but they're taking a service fee off the top," said Ammann.