The volunteers had to wait until it was safe to travel 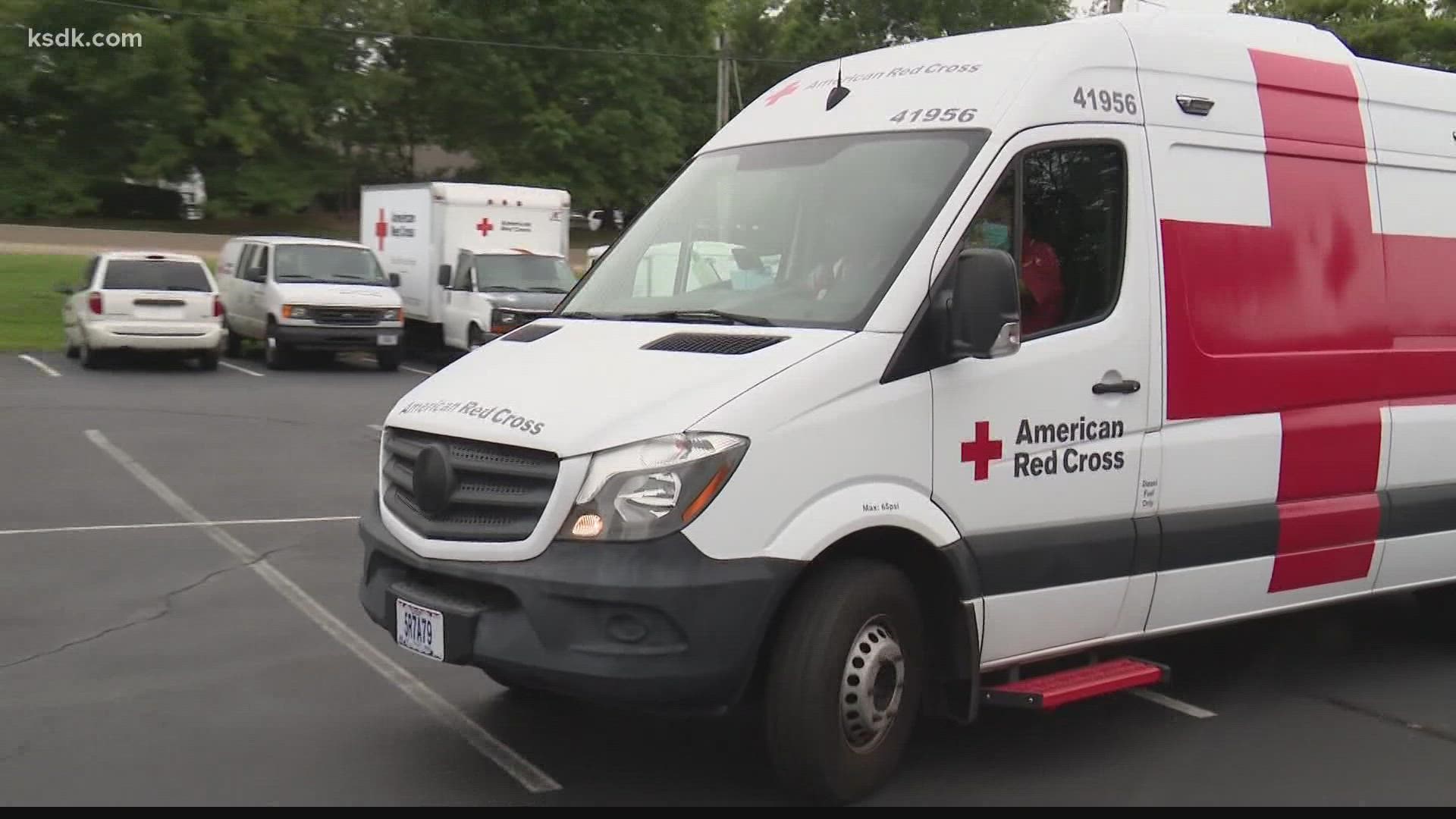 The American Red Cross of Missouri is sending 18 volunteers to areas hit hardest by Ida. The volunteers are paired up and will split off to head to different cities in need of aid. Crews will first go to Baton Rouge to receive their orders.

“The damage assessment teams will instruct them to go to certain neighborhoods close to the impacted area, like New Orleans and some of the outlying areas,” Red Cross Regional Disaster Officer Chris Harmon said.

The group has planned ahead, and the preparation has paid off.

The Red Cross sent a team of 10 other volunteers to Louisiana ahead of the storm to keep their eyes on the ground and report damage to the rest of the team.

The volunteers are driving Emergency Response Vehicles (ERVs) to the designated sites empty. Once they arrive, they’ll load up with water, cots, bug spray, building materials and other resources to help displaced people. They’re also working to set up shelters in Louisiana for those who have lost access to their homes.

“I’ve been on 30 or more national disasters in many different functions,” volunteer Crow Brozovich said. “I’ll be driving an Emergency Response Vehicle … to do feeding. We’re going to report in Houston, Texas and we will probably be sent to Louisiana areas to do feeding out of the vehicle.”

These plans had to be put on hold until it was safe for crews to travel.

“It's hard to watch the suffering and people that just lost their electricity, and just had the worst day of their life, but I always think of the hope that we're about ready to bring them,” Harmon said.

Missouri has stepped up to help with a number of disasters recently. There are more than 50 volunteers spread out across the country, helping with damage from Hurricane Ida, Hurricane Henry and the wildfires out west.

If you’d like to volunteer or donate, you can find more information here.