'He thought he was maybe going to die in this fire' | Apartment residents rescued from south St. Louis fire

One resident said he's never seen anything like it. He said his friend who was rescued was crying and possibly thought he was going to die in the fire 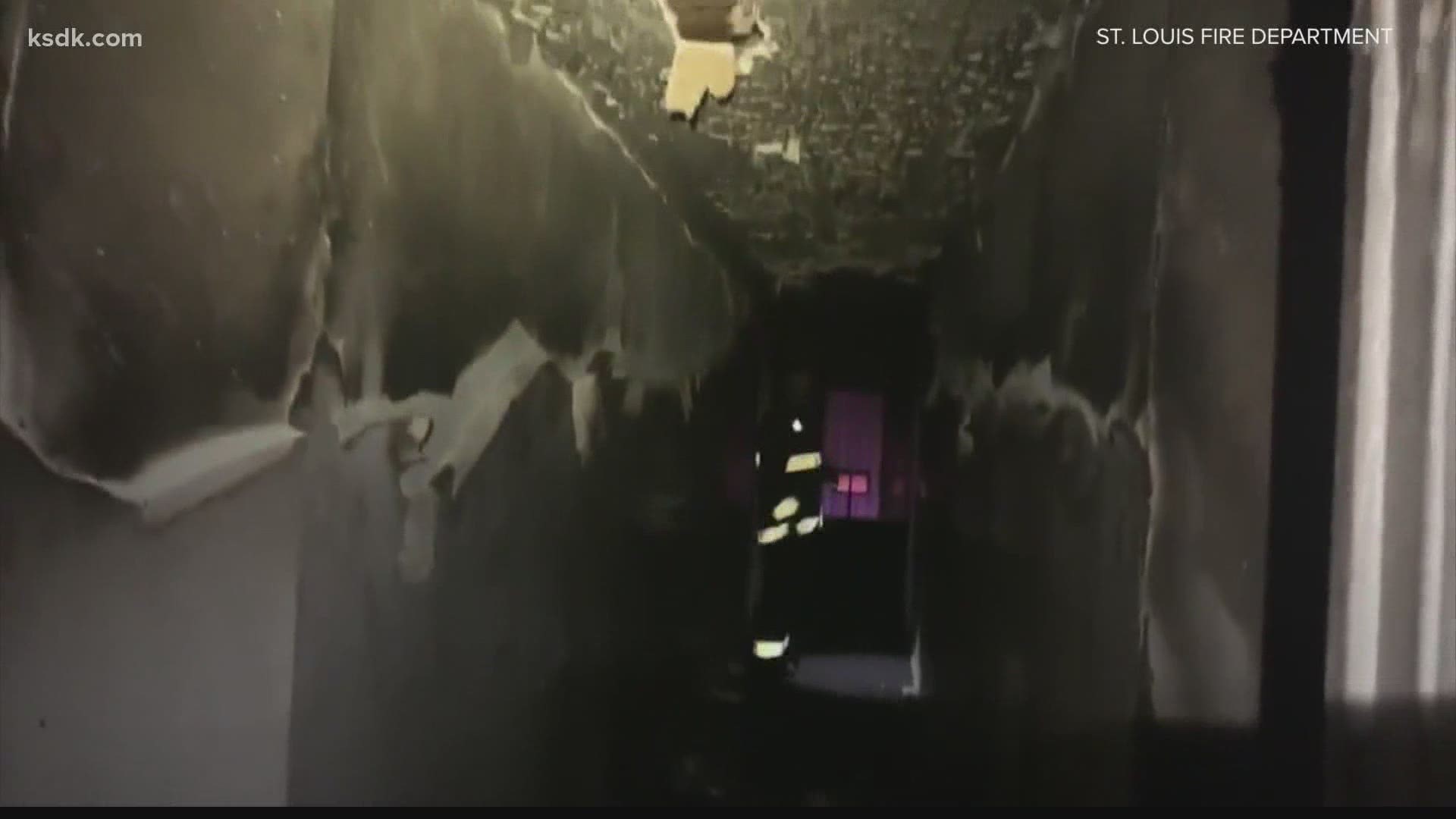 ST. LOUIS — Residents of a south city apartment building are safe – but shaken – after a late-night fire.

Three of the people who lived inside had to be rescued from a second-floor window.

The St. Louis Fire Department responded at about 10:30 p.m. Wednesday to the building in the 3500 block of Morganford, which is in the Tower Grove South neighborhood.

Firefighters arrived to see flames and smoke coming out of the top floor of the two-story brick building. Several residents were hanging out of the window hoping to be rescued.

One of the residents in the building told 5 On Your Side he was trying to call his friends upstairs to help them out, but they weren’t answering the phone.

“I came to the side of the building and that’s when I saw my neighbors they were trying to come out the window,” Larry White explained.

“They were trying to get out, and the smoke was covering them,” White described. “My friend finally came out and he started crying. He was worrying he thought he was maybe he was going to die in this fire, and I couldn’t imagine just to see what was going on.”

Fire Captain Garon Mosby said the residents did the right thing in hanging out the window. He said that helped firefighters immediately see what needed to be done.

“Great job by the occupants. They were hanging out the window upon our arrival, so it’s easier to effect a rescue when you see the individuals in need of rescuing,” Mosby said.

Firefighters used a ground ladder to place it at the second-story window. Crews safely rescued the three residents who needed help.

No one was injured, Mosby said.

“Just an absolute phenomenal by the fire department, not just arriving quickly but recognizing what needed to be done, folks getting rescued,” Mosby said.

Fire investigators are looking into what caused the fire. It started in a shared hallway between the units.

“Which could have been a lot more of an issue if everyone had been home,” Mosby added.

The fire department shared video of the damage left behind inside the hallway where they believe the fire started. The video shows paint peeling off the walls and a singed ceiling.