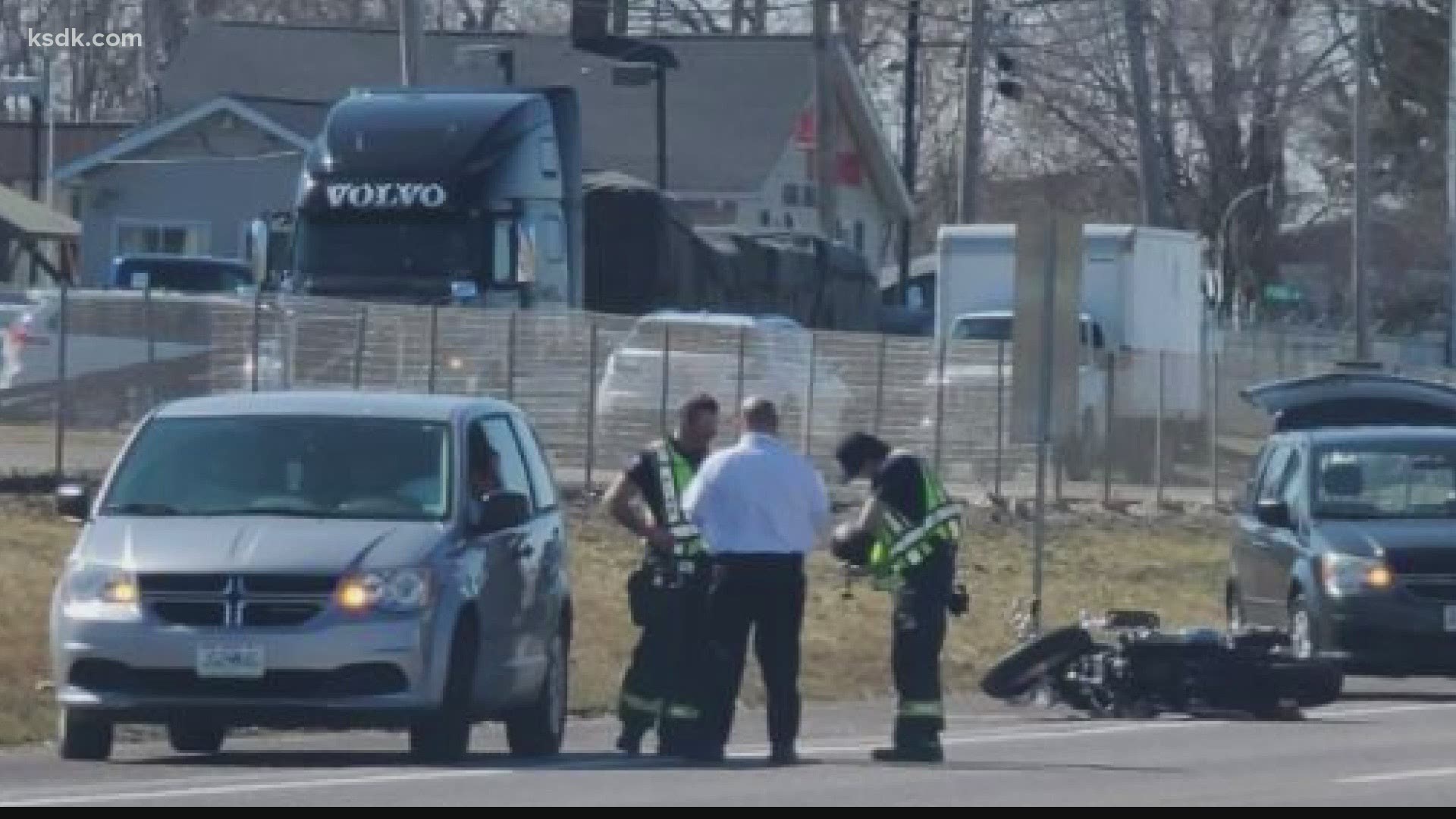 ST. CHARLES COUNTY, Mo. — A motorcyclist was killed in a crash on Interstate 70 in St. Charles County Thursday.

The Missouri State Highway Patrol said the crash happened in the eastbound lanes of I-70 just west of Route K at around 11:40 Thursday morning.

According to the crash report, a red pickup truck struck the motorcycle, knocking the motorcycle to the ground. The rider was wearing a helmet at the time of the crash, but he was killed when the driver of a 2004 Dodge Ram 1500 accidentally ran him over. He was pronounced dead on the scene of the crash.

The red pickup truck fled, but the driver of the Ram 1500 remained on the scene to talk with troopers.

An accident reconstruction team closed the highway for hours while they investigated. The highway has since reopened.

The motorcyclist was identified as 65-year-old John Hawley of Wentzville, Missouri.