His booking photo was released by police on Monday. 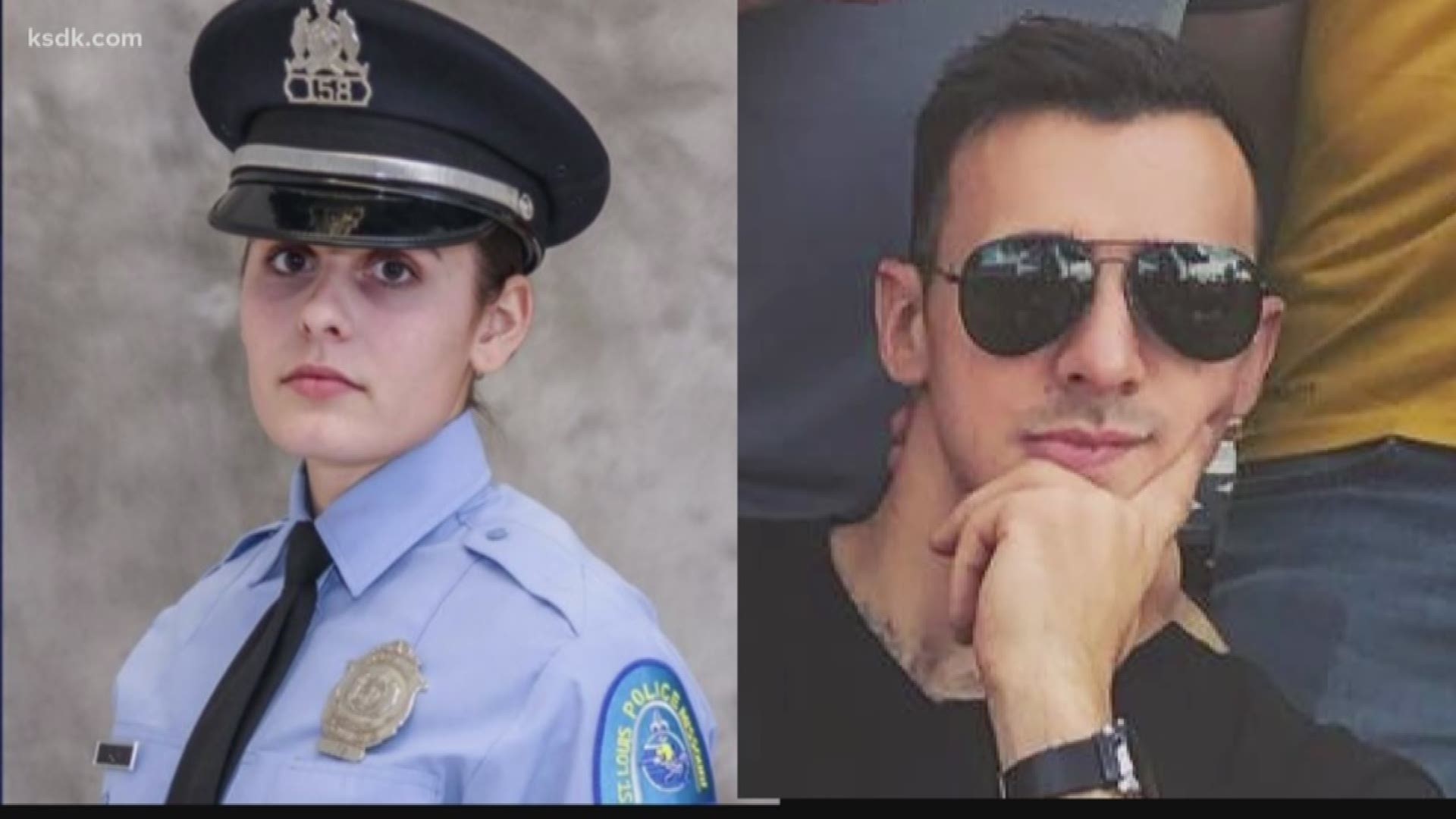 ST. LOUIS – A St. Louis police officer was charged with fatally shooting his coworker while the two were "playing with firearms" Thursday morning.

Nathaniel Hendren was charged Friday with involuntary manslaughter and armed criminal action in 24-year-old Katlyn Alix's death. His mugshot was released on Monday.

READ: St. Louis police officer shot by on-duty officer with a gun not issued by the department

According to a probable cause statement, Hendren met Alix at his apartment in the 700 block of Dover Thursday morning. Hendren was on-duty at the time and Alix was not.

While at his apartment, both officers were playing with guns when Hendren took out a revolver. Hendren emptied the cylinder of the revolver and put one cartridge back in it.

Hendren took back the gun, pointed it at Alix and pulled the trigger. But this time, the gun fired, hitting Alix in the chest. She was taken to the hospital where she later died.

He said he felt uncomfortable with the situation and didn’t want any part of it and started to leave. As he was leaving the apartment, he heard a shot. He went back into the room and saw what happened, according to the statement.

A GoFundMe was set up to pay for Alix's memorial. In just hours, the campaign garnered more than $5,000, which was its goal. Click here if you'd like to donate.

Visitation for Alix will be held Tuesday from 1 to 9 p.m. at Kutis Funeral Home on Gravois Road. Wednesday, there will be a prayer service at the funeral home at 9:15 a.m. that will be followed by a 10 a.m. mass at the Cathedral Basilica.