The new phase of redevelopment will include a new roundabout near the Casino Queen, improvements to B Street and parts of River Park Drive. 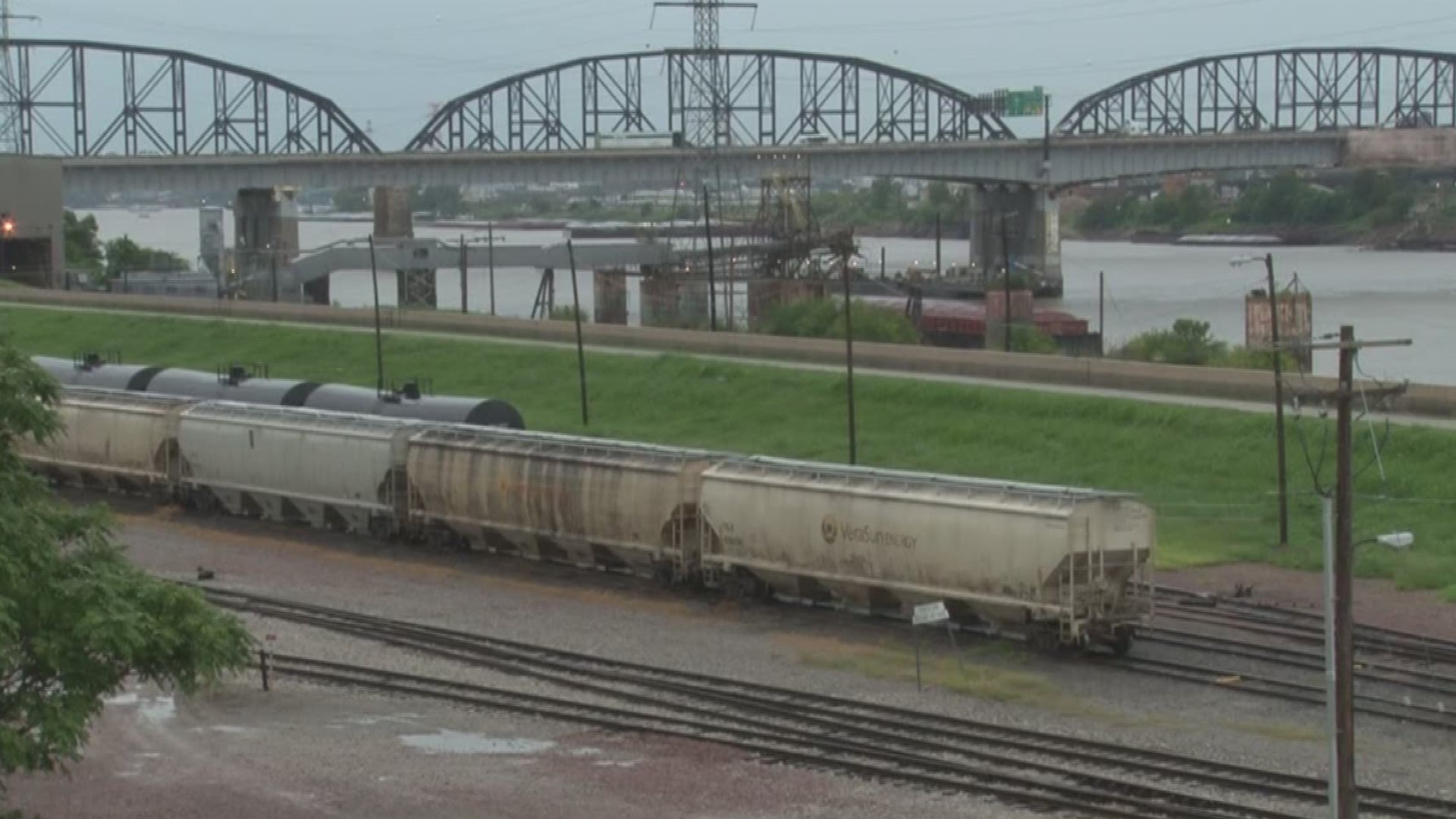 EAST ST. LOUIS, Ill. — Major changes could be coming to the riverfront in East St. Louis. Today, state and local officials will hold a ribbon cutting to discuss changes for the area. More than $7 million is being poured into updating the River Bridge District. Most of that is coming from the federal government.

The first phase of this project broke ground in November 2016, which included critical rebuilding and upgrading by Front Street to allow for more commercial traffic. This second phase will include a new roundabout near the Casino Queen, improvements to B Street and parts of River Park Drive.

Julian Larrea, from Minnesota, came to take in the city view from East St. Louis. One of his hobbies is traveling to different cities and taking photos of the skyline. He was told the best view to admire the Arch was from Malcolm W. Martin Memorial Park.

He said, “There’s a pretty awesome view of downtown and the Arch.”

However, he was really surprised by the lack of business and restaurants in the area.

“You don’t see many places where people can go to enjoy the river front. I’m kind of surprised that this park,” said Larrea.

Larrea said cities like Chicago, New York, and even San Antonio have a lot to offer by their waterfronts.