Whatever you do, don't plant them! 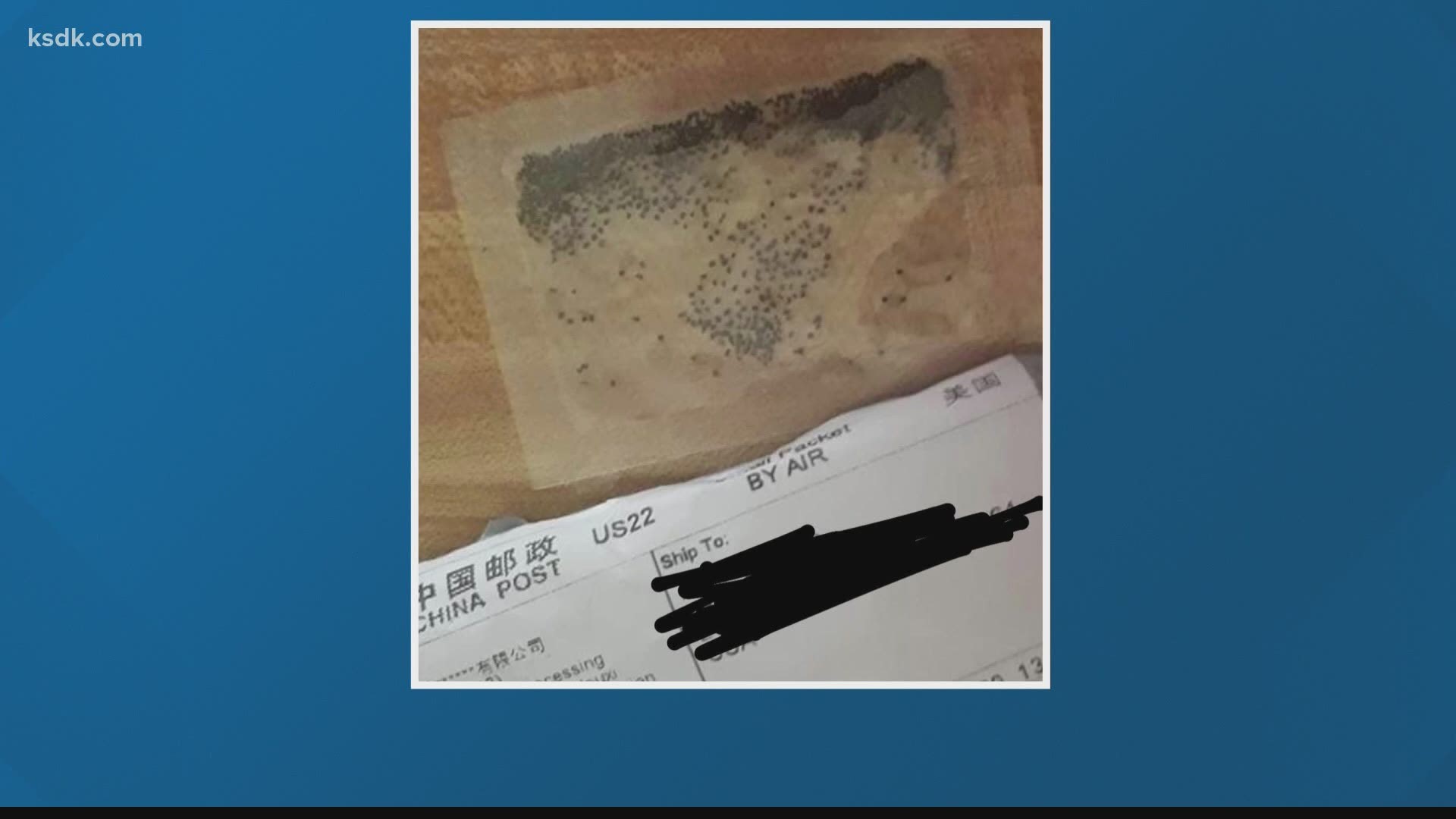 ST. LOUIS — You may have some in your mailbox right now.

We're talking about mysterious seeds people around the country have been receiving in the mail seemingly at random.

One St. Louis area mother who just received these strange seeds turned to the 5 On Your Side I-Team for answers.

At first, Jill Bornemann thought it was just another piece of junk mail.

“I'm like, 'What is this?' I’ve never even seen a package like it,” said Bornemann. “I was looking for an Amazon sign and there wasn't anything.”

A label on the envelope said it contained a "small toy" and came from the Soloman Islands. It’s a place Bornemann, of Florissant, had never heard of.

“I opened it and it was seeds inside a little clear bag and a little typed out note on how to plant the seeds,” she explained. The note said they were Petunia seeds.

Bornemann, who admitted she’s never been known to garden, said that’s when she became worried.

“I thought it was someone sending me anthrax or something. It freaked me out.”

People in at least seven states are saying they too received packages, often from China, containing strange seeds.

A spokesperson for the Missouri Department of Agriculture told the I-Team there have been at least 10 reports locally in the last couple of days.

“First of all, they probably shouldn't open them,” said Jacob Fleig, Program Coordinator for the Seeds and Feeds Division of the Missouri Department of Agriculture.

He and representatives from several other state agriculture departments urged the public not to plant any unknown seeds they receive.

“We would be concerned that it could contain seed that's noxious or prohibited weeds in it, or something that's an invasive species,” explained Fleig.

They may look small and harmless, but Fleig said in a worse-case scenario the seeds could grow into an invasive species that could cripple Missouri’s $88 billion agriculture industry.

“They can just really take over, you know."

Fleig said don't throw the seeds away either, as they could still pose a risk in a landfill.

Experts advised keeping the seeds and the packaging in a safe area. It’s unclear if the seeds will be sought for testing.

If you receive unsolicited seeds in the mail, click here to contact the Missouri Department of Agriculture or click here for the state plant health office.

If Missouri residents have received unsolicited seeds, the following guidance applies from the department of agriculture:

RELATED: Police pulled over a man driving on the sidewalk, here's what they found in his car