Neighbors save family from burning home in Warren County

TRELOAR, Mo. — A family was sound asleep in their apartment when neighbors started banging on their door.

It happened just after 1 a.m. Tuesday in Treloar, a small town in Warren County, about 60 miles west of St. Louis.

Two brothers who live around the corner from the burning home stepped outside and saw the smoke and flames, according to the Marthasville Fire Department.

The men immediately ran to the house and began banging on the door.

"I beat on the door until they woke up and about two more seconds I was going to bust through the glass," said Jessie Hazel.

A family of four was asleep inside, including a mom, dad, 9-year-old boy and 4-year-old girl.

The family’s apartment is adjacent to an auto body shop, which housed hazardous materials. Fire officials said the hazardous materials contributed to the intensity of the fire. Also, a lack of fire hydrants made it more difficult for firefighters to put out the flames.

The owners of the property said there were working smoke detectors inside the apartment, but they didn’t go off right away. The cause of the fire is under investigation.

"The fire was shooting through the roof," said owner Donna Diehl. "It was totally engulfed and it just spread very quickly. The building is from the early 1900s very dry, very it went fast."

Neighbors save family from burning apartment 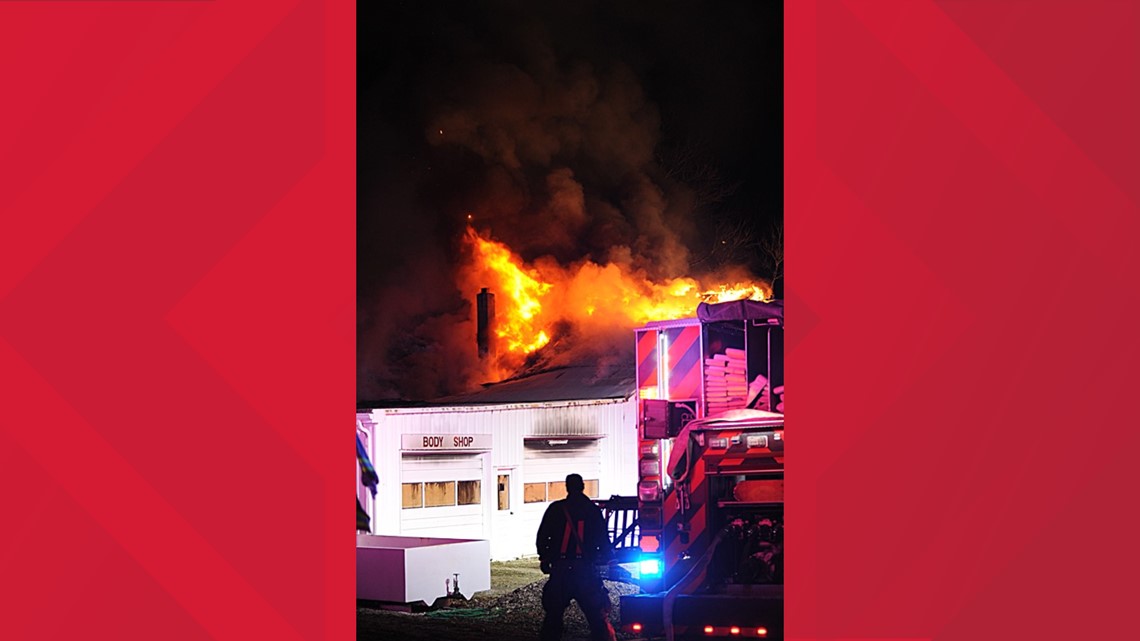 RELATED: VERIFY: Viral Broomstick Challenge has false claims you can watch out for

RELATED: Saint Louis Public Schools Board to decide if parents would be required to sign letter about secure storage of guns