"We don't need mama government on our shoulder," said David Klotz, who drives a tractor-trailer and is based in Missouri. 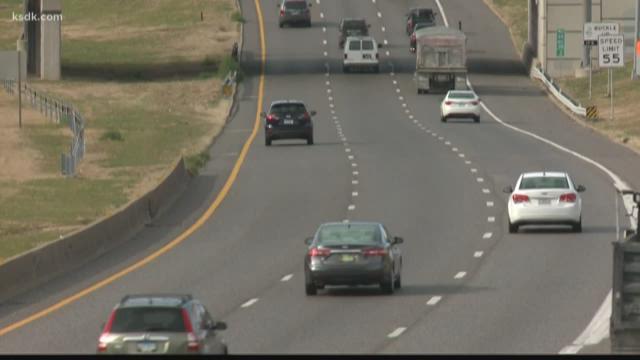 ST. LOUIS - It's the biggest roadblock on the highway you've never heard of—at least, that’s what many truck drivers would have you believe.

“We don't need mama government on our shoulder,” said David Klotz, who drives a tractor-trailer and is based in Missouri.

Klotz is referring to electronic logging devices, or ELDs. They will be mandatory for truckers around the country starting Dec. 18. The devices use GPS to mandate drivers take a 30 minute break within the 11 hours of drive time allowed in a 14 hour work day.

Replacing the usual paper logs, industry safety advocates say they'll make rest stops more of a priority. Drivers say automating things actually makes them more likely to drive for too long, since they can’t pause that clock. If a driver needs to stop for longer than a half hour, for example, that break eats into their window of allowed drive time.

“Paper logs, you can play with them, you can make them do what you want them to,” said Randy Steward, a longtime trucker. “But these, you can't cheat these.”

“Show me a person that don't cheat on something. Cheat on their speeding, drive 5 miles an hour over posted, that's cheating,” he said.

More than 800 people died in 2015 in drowsy driving crashes in any vehicle, according to the National Highway Traffic Safety Administration. There's no specific breakdown of those numbers, but fatigue is a factor in up to 40 percent of all truck-crashes, which are much more likely to be deadly, according to American Trucking associations.

But drivers admit there are other numbers at play here: Klotz says “all of it” comes down to the idea that time is money.

“What this is going to do is tie us to a box that is going to prevent us from doing what sometimes just needs to be done,” said Klotz, “…so the consumer can get the products they need and the contracts can be met, it's all business.”

So what would these drivers do about their colleagues who push the limits, possibly putting people in danger?