In an exclusive interview, Akisha Hart said she forgot she was on Facebook Live when the chaos erupted. 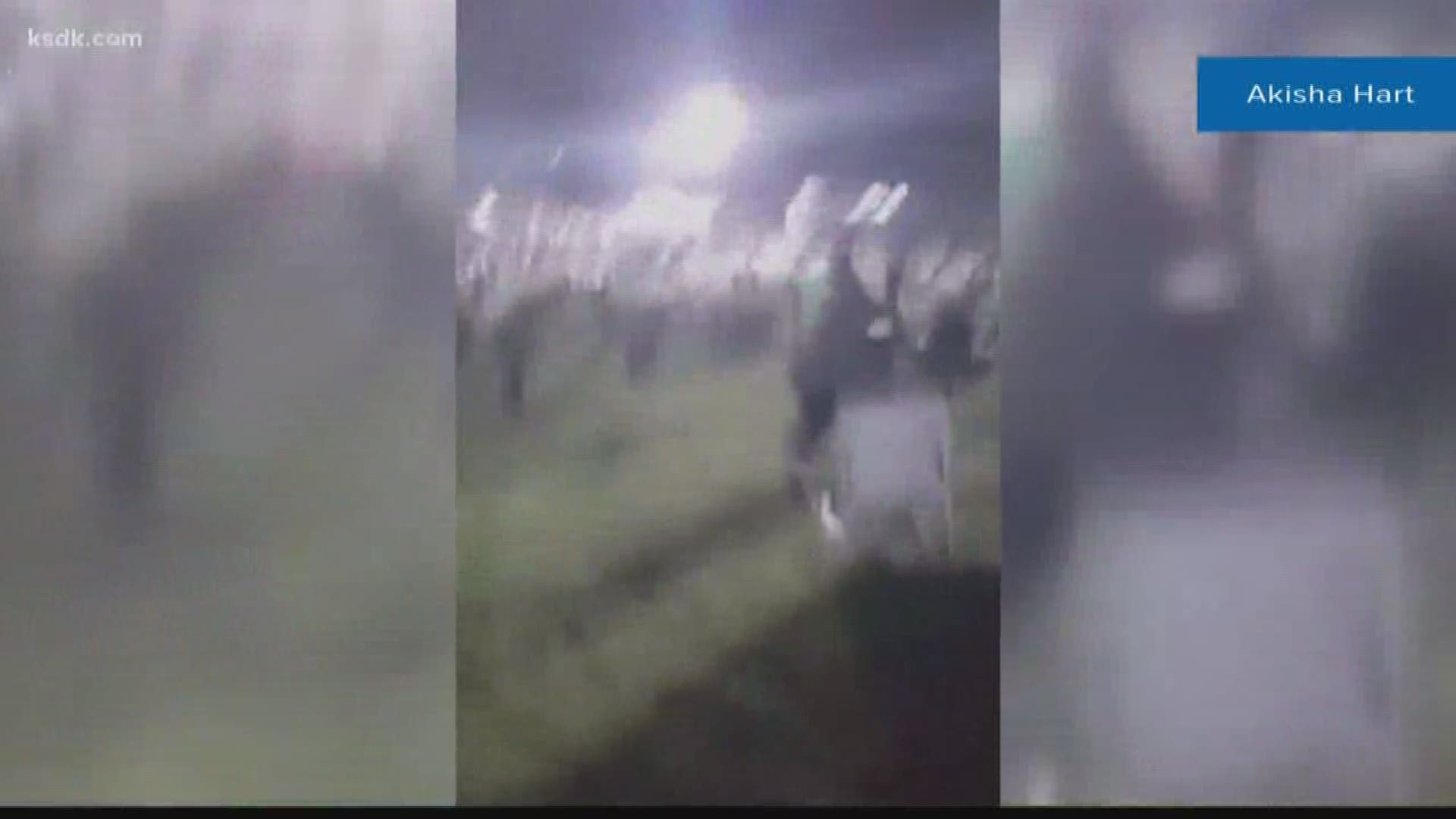 NORMANDY, Mo. — Terrifying moments at a bonfire in Normandy this weekend sent crowds of people running for their lives as shots rang out.

Five people were shot and it was all captured on video.

In an exclusive interview, the woman behind the cell phone described the scene in her own words.

1993 alumna Akisha Hart has been going to the Normandy Alumni Bonfire ever since it started.

Akisha said the event is always filled with lots of love and laughter. Beyond that, an organizer said they have former and current teachers attend along with graduates dating all the way back to the class of 1968.

"I'm having a good time and I want to share and so people can see what a cliché, but this is how Normandy does things," she said.

But in an instant, that emotional high turned into an emotional scare.

"To describe it at it's best, a massacre," she said. "Total panic, you have people falling, slipping in the mud. I just felt bullets flying over my head. I thought I was going to die."

An organizer said the shots continued for almost 20 minutes. Akisha agreed saying it was a constant ring and it wouldn't stop.

Catching everything on Facebook Live, you can see Akisha diving on the ground. On Tuesday, she even had to call out of work because she was so bruised.

"Like literally I'm bruised from the inside out from falling," she said. "I talked to a few classmates, we're all bruised up sore, but emotionally hurt."

During that time of chaos, she also saw signs of hope.

"A couple of my classmates were superheroes," she said. "One classmate, Chelsea Rhymes, was helping victims applying pressure to the wounds keeping them calm clearing the space,"

A fundraising event that takes a year to plan ruined in seconds. But organizers are still hard at work.

Anthony Clark is on the Alumni Committee that organizers the bonfire and says that this year, they plan to use some of the money to help the victims and their families.

"It's the most important part at this point. To make sure they are OK," Clark said.

Akisha just wants to remind everyone this tradition won't be ruined by violence and will continue how it started, with love.

"I want them to remember that we are a positive school district, we pride ourselves in helping each other and we will continue to do so," she said.

They've heard that several of the victims had successful surgeries in the last several days, including an off-duty police officer.

If you'd like donate, the GoFundMe page is here.