Two vehicles were involved in the wreck: a sedan and a tractor-trailer 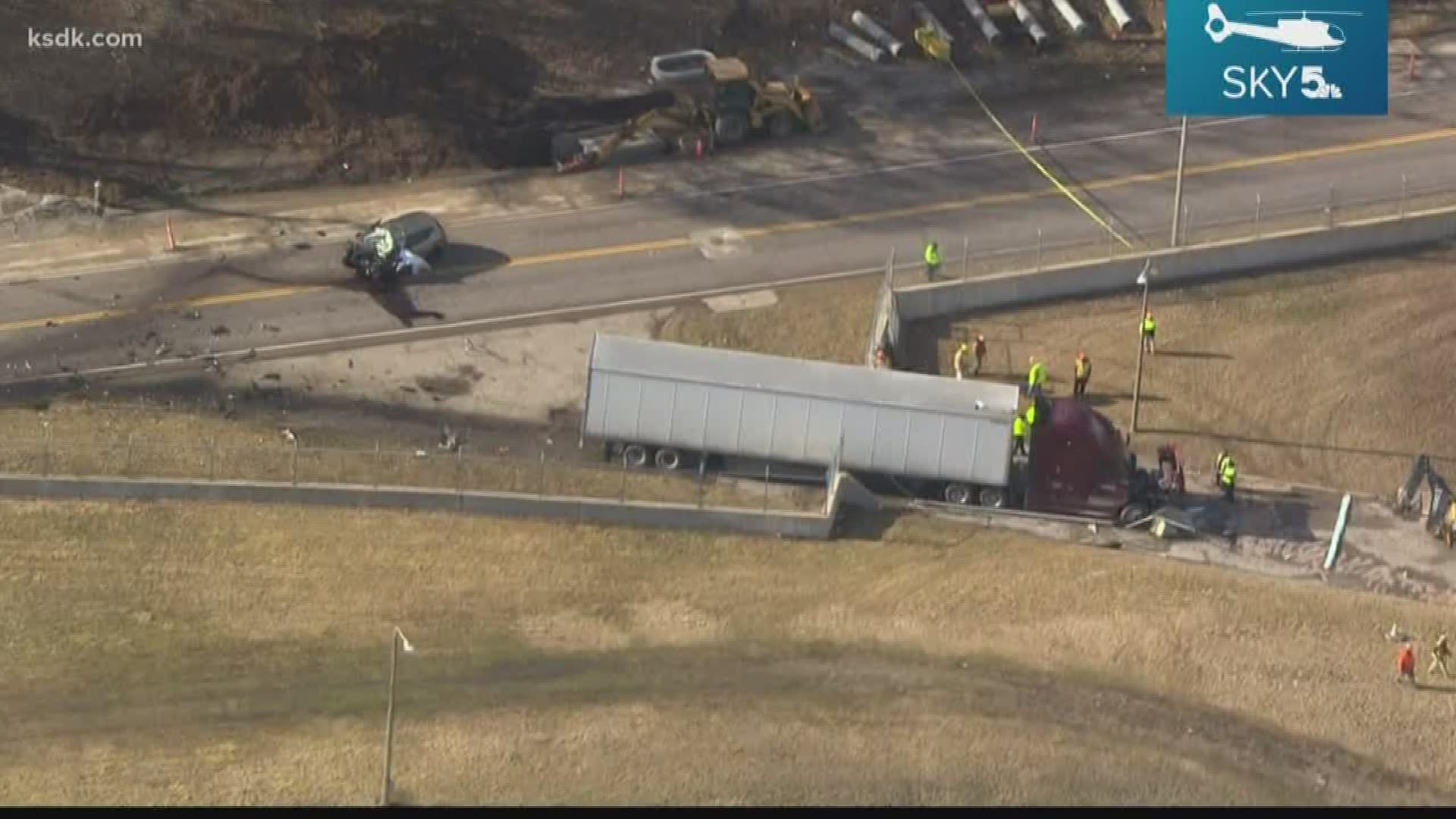 ST. LOUIS — A person was killed in a crash in north St. Louis Wednesday afternoon.

Emergency crews responded just before 1:50 p.m. to the 10000 block of Riverview Drive for a crash with injuries. Two vehicles were involved in the wreck: a sedan and a tractor-trailer.

A person inside the sedan was killed in the crash. First responders pronounced them dead at the scene.

The St. Louis Metropolitan Police Department’s accident reconstruction team responded to the scene to investigate what happened. Police have not released any other details at this time.

The view from Sky5 showed the tractor-trailer off the side of the road. It appeared to have gone through a barricade that was off to the right side of the shoulder. The sedan was stopped on the road with extensive damage to the front of the vehicle.