The fire gutted the single-story apartment. The roof was gone, along with many of the inside walls 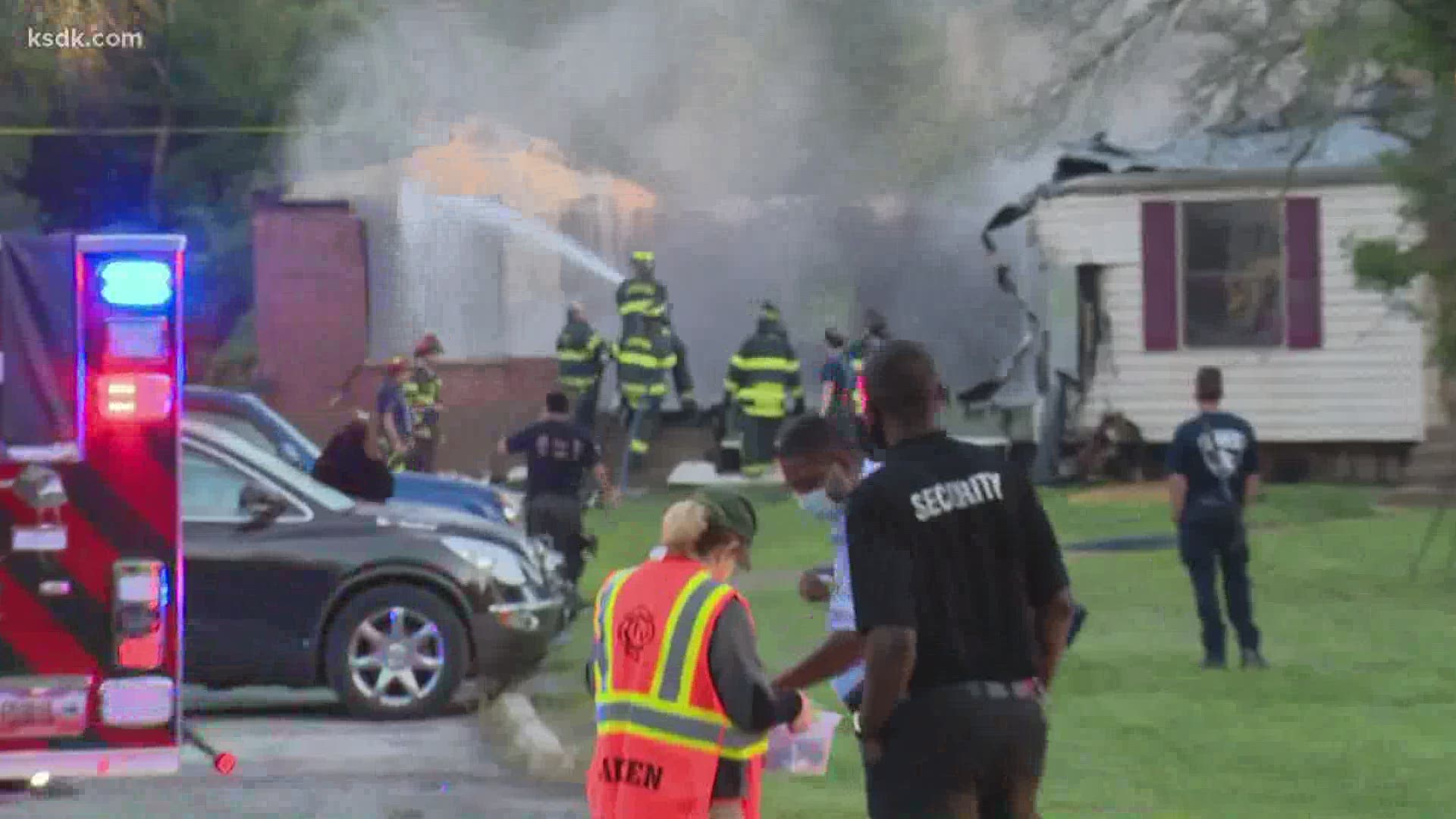 ST. LOUIS — Crews responded to a fire in north St. Louis County that caused so much smoke it could be seen from downtown.

The call came in at 5:42 a.m. at the Northwinds Apartments, which is on Glen Owen Drive in Ferguson.

Firefighters were concentrating their efforts on an end unit in one of the buildings. The fire gutted the single-story apartment. The roof was gone, along with all of the walls inside. Firefighters were seen using large ladder trucks to spray water down into the apartment.

5 On Your Side’s helicopter crew said they could see the smoke from the fire all the way from downtown as they lifted off to head to the scene.

Several of the buildings and units in the apartment complex appeared to be boarded up, including some units in the building where the fire started. Fire officials on the scene said no one lived in the unit destroyed by the fire, and only one other family lives in the complex - in a different building.

Fire officials said the person who lived in the damaged unit moved out Wednesday.

Northwinds Apartments is owned by TEH Realty, which manages several apartment complexes in north city and north county. The company has faced issues in the past, including owing millions of dollars on properties and hundreds of thousands of dollars in taxes.

READ MORE: 2 more TEH apartment complexes are targeted in court

Back in March, residents at Northwinds Apartments were told Missouri American Water would be shutting off their water because TEH had been delinquent on its water bill since fall 2019.

READ MORE: Missouri American Water to shut off services at 4 TEH properties