An O'Fallon mother said the wall was built to keep her young daughter with autism with balance issues safe. O'Fallon said it's a violation of city code. 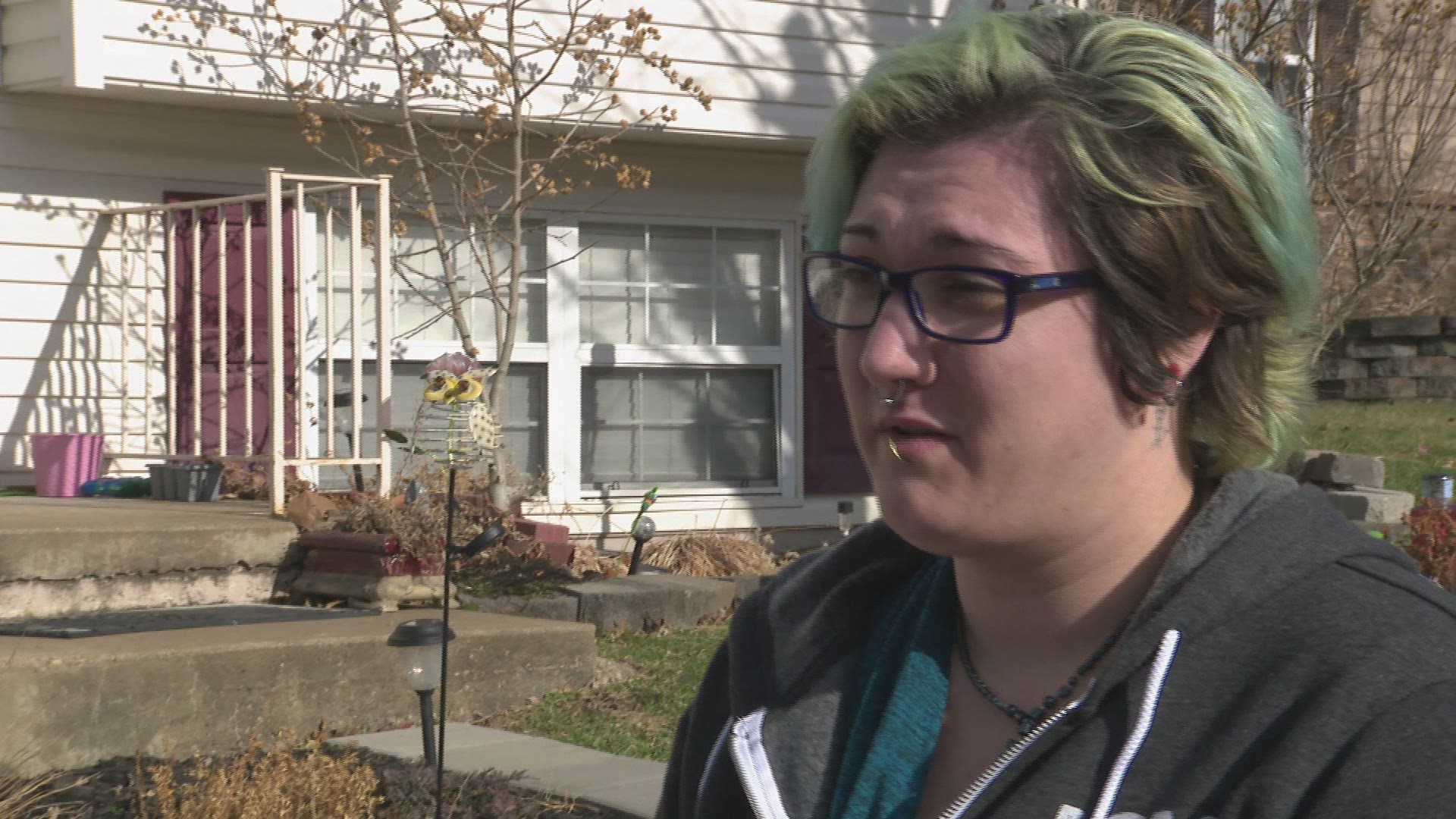 O'FALLON, Mo. — An O'Fallon, Missouri mother told the 5 On Your Side I-Team she's just trying to keep her young daughter who has autism safe on her own property.

So why is the city of O'Fallon taking her to court?

Even under her mother's watchful eye, Leera Brown, 4, is hard to keep up with. The little girl has a seemingly endless amount of energy, according to her mom Ariel Brown. But she also has some limitations as well.

"She's autistic and she has balance and coordination issues. She will literally trip on air," said Brown.

That coordination issue, says Brown, has led to her falling off the family's 4-foot brick retaining wall in the past.

That's why her mom said she began looking into safer alternatives to replace the brick wall. After doing some research, she created a retaining wall made of recycled tires. Each tire was painted, and plants and landscaping were installed in and around the display.

"Most people don't believe me that it's tires. They have no clue. So i put a lot of work into trying to make it look nice," said Brown.

The wall has some admirers, but the city of O'Fallon is not one of them.

"Just because you have good intentions, does not give you permission to violate city law. It does come down to that," said Tom Drabelle, a spokesperson for the city of O'Fallon. "It was also brought to us by her neighbors. It wasn't something we went out looking for."

The use of old tires is against several city codes.

Drabelle points to one specifically under prohibited 'Nuisances', which states, "Any accumulation, deposit or outside storage or any vehicular or equipment parts, inoperable appliances and other equipment, junk or material of any nature where said accumulation, deposit or outside storage may constitute an attractive nuisance danger to children, provide a breeding or nesting area for vermin, rodents and other animals, or collect stagnant water."

"The use of old tires as a design element... It's a health risk to the community. The second thing is, it's also a fire risk," said Drabelle.

Brown argues the tires aren't collecting water, and aren't inviting vermin since they have plants and soil in them.

The city wants the wall taken down. Later this week, a judge will decide on the fate of the wall.

Brown said the wall has already proven to be effective in its purpose.

"[Leera] ended up tumbling down this but only had a couple minor scratches. If it had been the regular retaining wall, we would've been lucky to just be in the hospital," said Brown."When it comes to my daughter's safety. I will fight to the end for it."

If the judge rules in the city's favor, the family will be responsible for taking down the wall. If they refuse, the city could do it for them and send them a bill. The family will also be fined for the citation.