Lauren Murphy's had a long road to recovery with multiple brain surgeries, therapy sessions and countless hours of rehab and training after she was hit by a car while running six years ago. 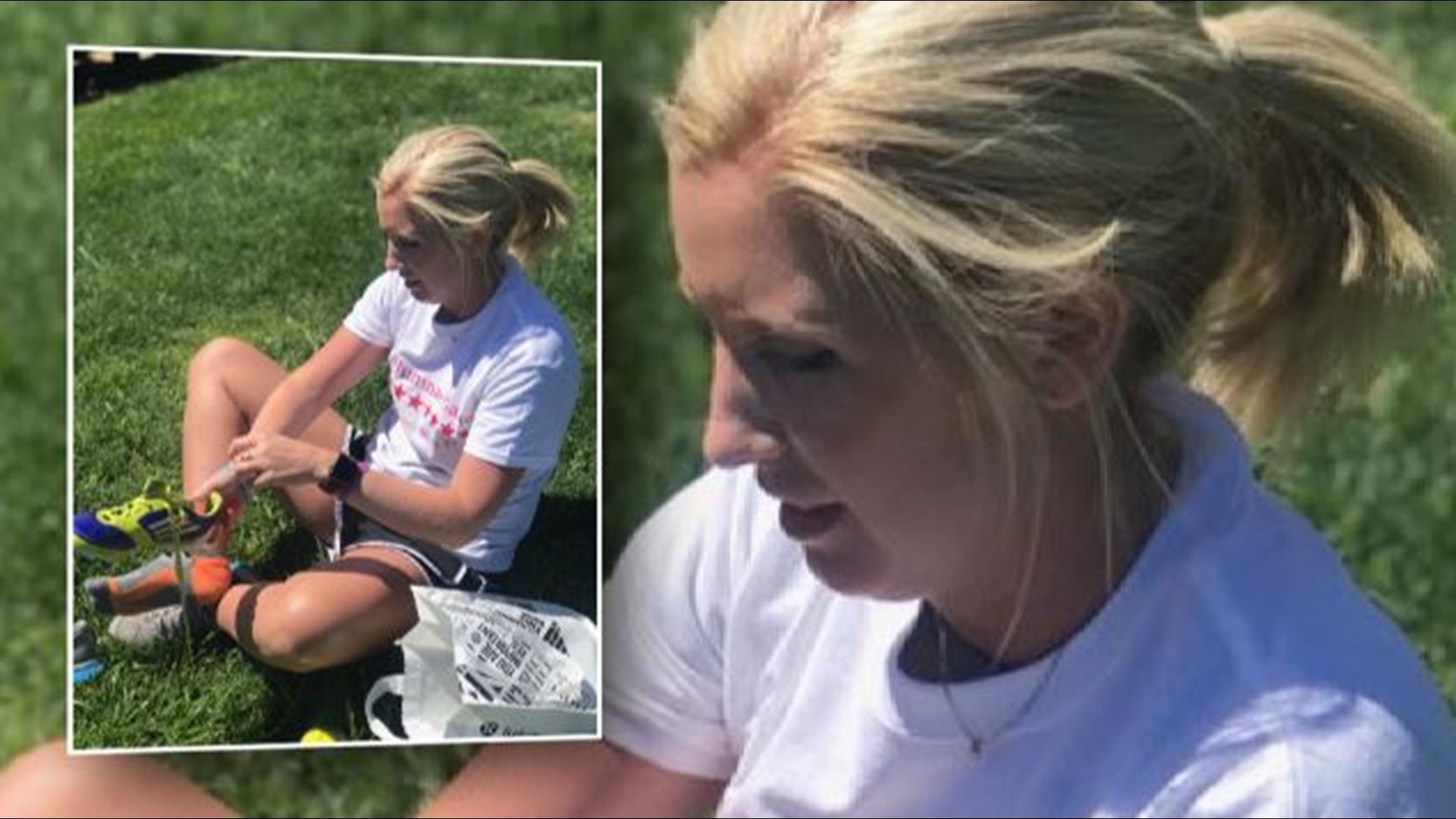 ST. LOUIS — "Let's see," Colleen Murphy says. She's pulling up an iPhone video of her daughter Lauren, 31, lacing up and taking the field for an Incarnate Word Academy alumni soccer match Saturday. "I'll blow it up for you."

The Saturday match was a full circle moment for the family.

"It's just unbelievable where she's at today," Colleen said of her daughter.

Lauren played beside her sisters, one of them holding nothing back as she scored on her elder sister.

The match comes six years and one day after Lauren's life-altering accident.

"I was running with my earbuds in. I got hit by a car. Everything changed," Lauren said.

Lauren's had a long road to recovery with multiple brain surgeries, therapy sessions, and countless hours of rehab and training.

"It's hard to see the progress," Colleen says of Lauren's daily progress. "But when I run into people who haven't seen her in a while, especially with her speech, they're just blown away."

Lauren has struggled physically and faced the mental challenge of relearning language.

"Six years ago, I had a bad accident," Lauren recites from a recent speech. "I suffered from severe brain damage. I learned many life lessons."

She's now taking her story to others, giving motivational speeches.

Lauren and Colleen make the presentations together, standing side-by-side as they have for much of the recovery.

In fact, it's Colleen behind the camera Saturday, catching a previously unimaginable moment on her iPhone. Lauren charges towards the goal. The other players give her space as she kicks. She scores.