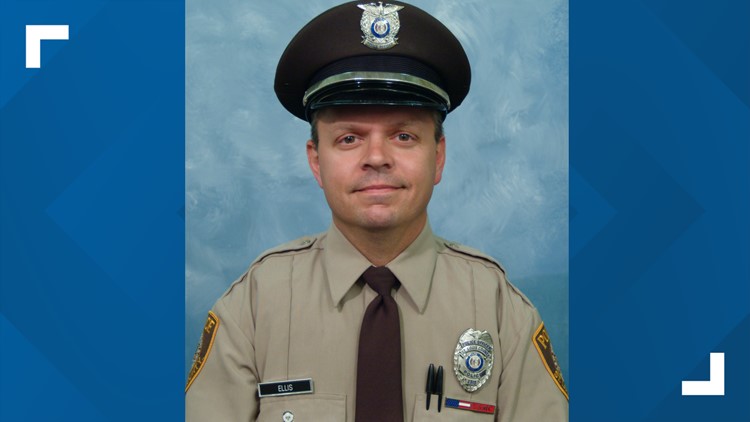 The 3-car crash happened on Route 159 near Brick School Road around 11 p.m.

A 23-year-old man was driving a Hyundai Sonata on northbound Route 159 and attempted to pass a semi-truck when he struck the officer head-on, according to Illinois State Police.

The Hyundai spun back into the northbound lanes and was struck by the semi-truck.

The driver and passenger in the Hyundai and the officer were taken to an area hospital. The 49-year-old officer and the 24-year-old passenger were both pronounced dead at the hospital.

The officer was off-duty at the time of the crash. He has been identified as James M. Ellis Jr.

The passenger in the Hyundai has been identified as Ariah Claybrone.

The 23-year-old man remains in the hospital with serious injuries but will survive, according to Illinois State Police.

Ellis was an 8-year veteran of the St. Louis County Police Department. He is survived by his wife and five children.

After joining the police department in 2011, Ellis was awarded a Lifesaving Award for performing CPR on someone who was unresponsive in 2012.

He was also deployed to Iraq as a squad leader from January to November 2004.

“On behalf of the entire Department, I wish to express our sorrow and sympathy over the tragic death of Officer Mitch Ellis. Our hearts and deepest condolences go out to his family and friends. Officer Ellis was a dedicated police officer, loyal friend, and devoted family man. We are greatly honored to have worked with him and have him as part of our family.”