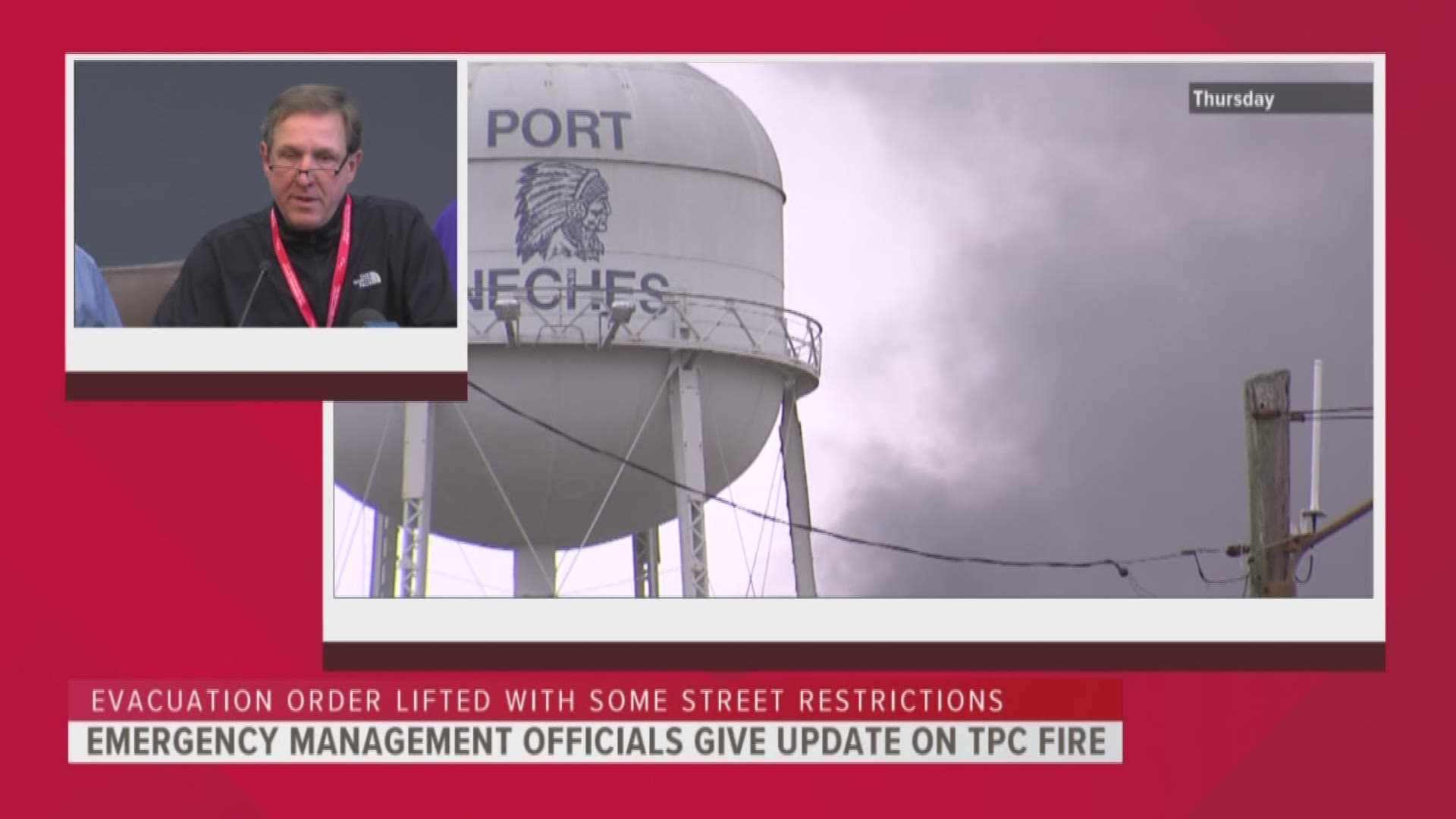 PORT NECHES, Texas — Jefferson County Emergency Management officials have lifted an evacuation order for the four-mile radius surrounding the TPC plant in Port Neches. But they warn residents returning that they may find debris and even asbestos in yards.

Branick also warned that some asbestos installed at the plant could have been blown into surrounding neighborhoods. He asked residents to watch for metallic debris and for things covered in a white, chalky substance.

"There was some asbestos, either blanket, pipe covering or block that was installed. One of the vessels that was compromised and had an explosion could have blown that asbestos debris over the neighborhoods and into some yards," Branick said.

Branick says that if you find debris in your yard or notice that white, chalky substance to call the TPC hotline at 866-601-5880.

"(TPC) will come to your house and do air monitoring if you request it," Branick said. "Act with caution and watch out for other metallic debris that might be in your yard."

Fred Heubach lives on Gist Dr. in Port Neches. He sent 12News pictures of charred debris in his back yard.

Steve Tingler had pictures of debris in his yard in Orange County that he believes may be from the TPC plant explosion.

Branick and other officials say that while the evacuation order has been lifted, some streets around the plant are restricted.

"I want to make clear that no one is to approach the TPC plant, there are areas that are going to be blocked off," Branick said. "Chief Lemoin and his law enforcement are going to be enforcing that closure."