After the deadly shooting at a Florida high school, one school district the St. Louis area is reminding parents that their kids can use an online tool to report anything suspicious, and they can do it anonymously. 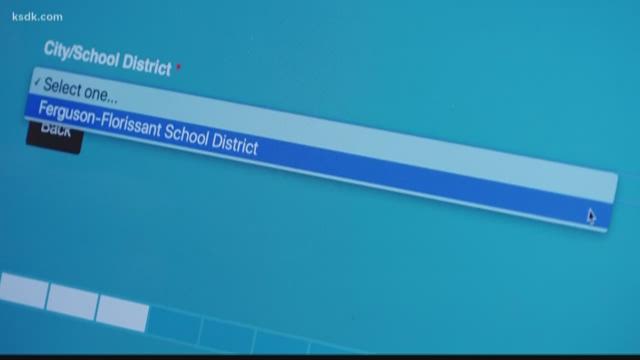 ST. LOUIS COUNTY – After the deadly shooting at a Florida high school, one school district the St. Louis area is reminding parents that their kids can use an online tool to report anything suspicious, and they can do it anonymously.

"People are rattled by it, so we check on each other and look out for each other and make sure everybody's doing OK," Kevin Hampton with the Ferguson-Florissant school district said.

One of the ways the Ferguson-Florissant district does that is through an online resource called PSST World, and they’re the only district in the state that uses it.

Students can click the link on the district's website, which leads them to a series of questions.

There, they can select their school, the type of problem they’re dealing with, and they can write what's bothering them.

That information is sent immediately to the district's safety team.

PSST World is designed by a Canada-based group called Safer Schools Together.

"It gives them the mechanism to get that information to the right people, and it allows an intervention to happen immediately,” Sam Jingfors with Safer Schools Together said.

The group says about 20 districts in North America use the program, and the tips they've received help make schools safer.

"Whether it be a gun found on school campus to a fight that happened during lunchtime,” Jingfors said.

"Students are willing to stand up for what is right and wrong,” Hampton said, and the tool just gives them one more way to do that.

"Hopefully in an uncertain world, they know we're doing what we can do make things safer,” he said.

This is the second school year the Ferguson-Florissant district has used the program.