US Marshals announce recovery of 39 children in 'Operation Not Forgotten'

A number of Georgia agencies, including the Georgia Bureau of Investigation, were involved in the operation. 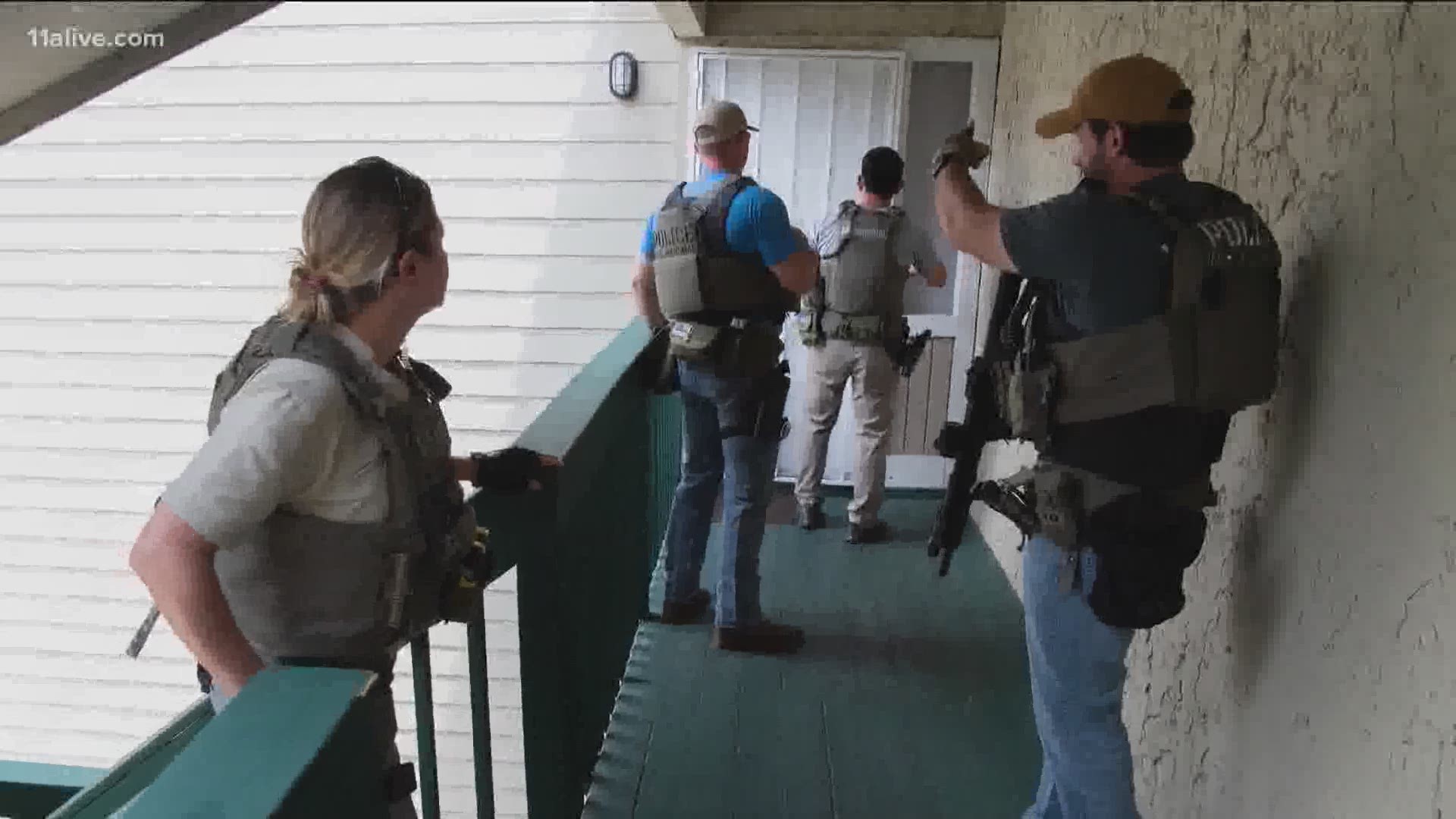 ATLANTA — The U.S. Marshals announced Thursday the recovery of 39 children in a missing child operation dubbed "Operation Not Forgotten."

A release said the two-week operation was conducted in the Atlanta and Macon areas. According to the Marshals, 26 children were rescued and 13 were safely located.

A number of Georgia agencies, including the Georgia Bureau of Investigation, were involved in the operation.

"I cannot say enough about Operation Not Forgotten and the men and women behind it," Georgia Attorney General Chris Carr said on Twitter. "39 - That’s how many young lives are getting a new start, and that’s how we measure success."

The @GBI_GA #CEACC Unit was proud to participate in this important operation, planned by the @USMarshalsHQ. Rescuing these missing and endangered children is probably one of the most impactful law enforcement missions we have participated in... https://t.co/nIWRcmzzbv

According to the Marshals, the missing children were "considered to be some of the most at-risk and challenging recovery cases in the area, based on indications of high-risk factors such as victimization of child sex trafficking, child exploitation, sexual abuse, physical abuse, and medical or mental health conditions."

“When we track down fugitives, it’s a good feeling to know that we're putting the bad guy behind bars. But that sense of accomplishment is nothing compared to finding a missing child," said Darby Kirby, Chief of the U.S. Marshals Missing Child Unit. “It's hard to put into words what we feel when we rescue a missing child, but I can tell you that this operation has impacted every single one of us out here. We are working to protect them and get them the help they need.”

Sarah Koeppen is the Executive Director of "The Hope Box", a local non-profit.

She said she's thankful for the hard work law enforcement and the state put into this operation.

"I am so proud of the state of Georgia for doing operation not forgotten," said Koeppen.

She said it seems like child sex trafficking may be going up, as her organization continues to work with law enforcement to help rescue children.

"I would say we have doubled, if not, tripled our efforts in rescuing children," she said.