The document was cleaned by conservators 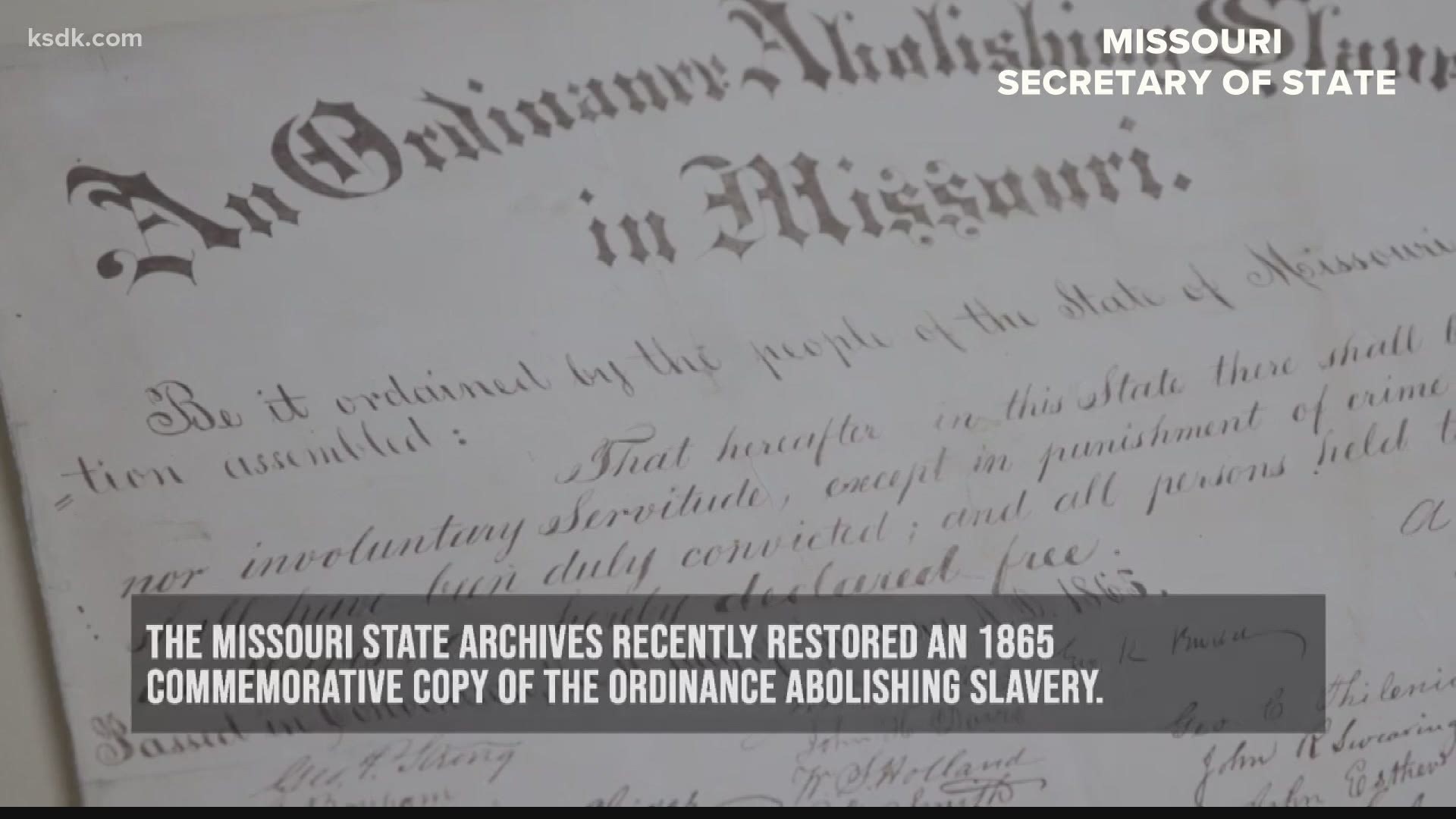 ST. LOUIS — A piece of Missouri history has been preserved and returned to the state’s department of natural resources.

An original copy of the state's 1865 ordinance abolishing slavery was returned to the Missouri Department of Natural Resources (DNR) after it underwent treatment in the Missouri State Archives’ conservation lab.

“We’re thankful to the Department of Natural Resources, State Parks and the Deutschheim State Historic Site for allowing us to borrow this historic document,” Ashcroft said. “It was an honor for our office to repair and conserve this piece of Missouri history ahead of the state’s upcoming bicentennial.”

According to a release from Secretary of State Jay Ashcroft's office, the ordinance was one of the first items discussed during Missouri’s 1865 Constitutional Convention in St. Louis.

It was introduced and approved on the same day, Jan. 11, 1865. Its approval came three months before Congress proposed the 13th Amendment to the U.S. Constitution, which, upon ratification on Dec. 6, 1865, abolished slavery nationwide, Ashcroft's office said.

DNR loaned the ordinance to the Missouri State Archives, a division of the Secretary of State’s Office, in September of this year for it to undergo treatment ahead of its display during the state’s 2021 bicentennial commemoration.

The document was cleaned by conservators.