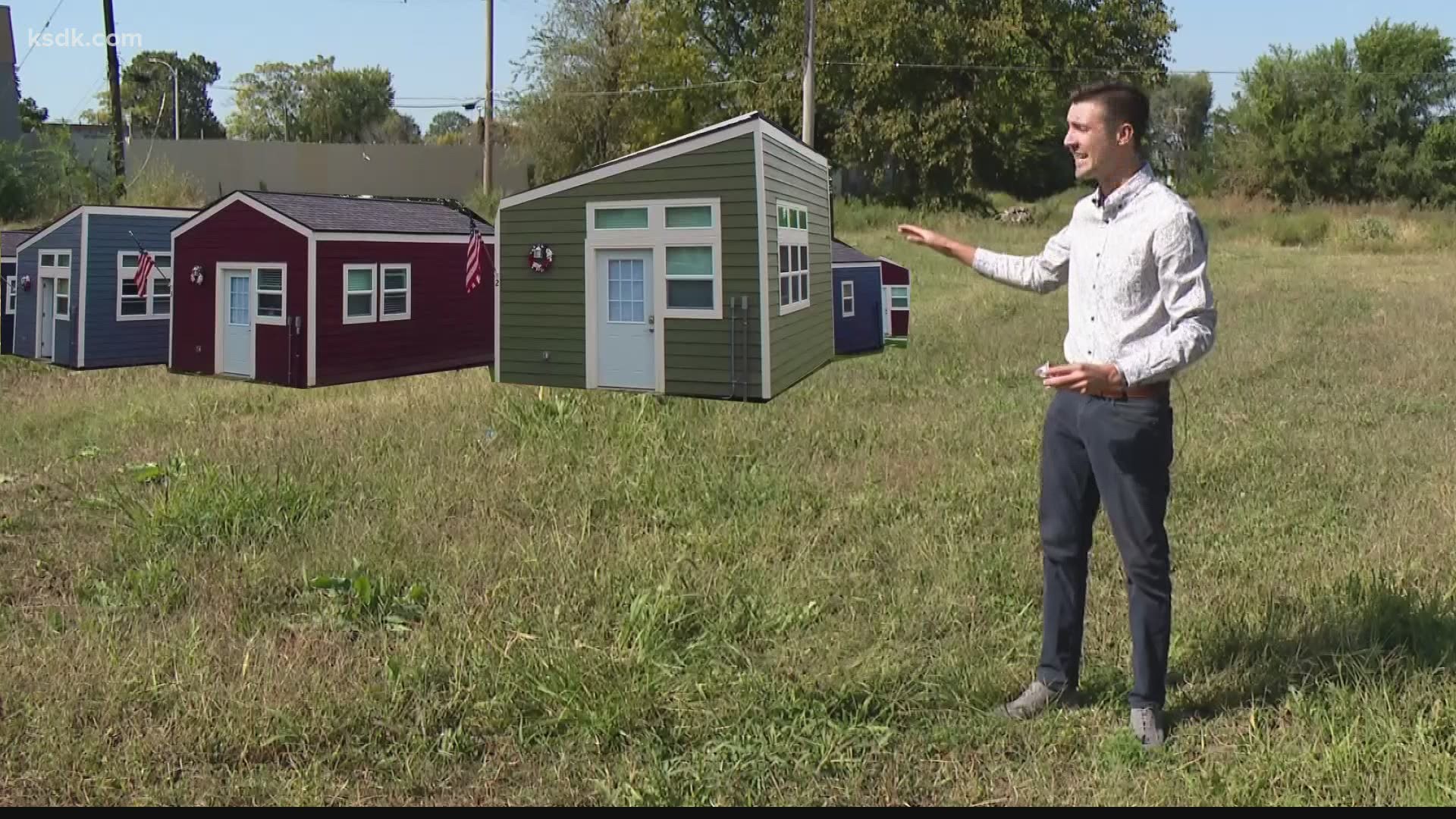 ST. LOUIS — After more than a year of discussion, St. Louis city leaders have approved the sale of 32 lots in north St. Louis.

And it's all helping homeless veterans in our area get back on their feet.

The project will break ground on Oct. 16 on the corner of Grand and Aldine in north St. Louis near the VA hospital.

The property will also feature an on site clinic and community center.

There is already a community like this in Kansas City where the organization Veterans Community Outreach is based.

The property in St. Louis will be made up of 32 plots of land, one of them being owned by the city who just voted to approve the sale of that parcel.

"As I have often said, there's no way for any of us or anyone to get their life back together from a sidewalk. You simply have to have a place, a permanent place where you know you're going to be every night," said St. Louis Mayor Lyda Krewson.

It all started as a meeting among veterans.

"We all kind of looked across the landscape and decided that there is a real lack in services for the homeless veteran population and we said if we could do whatever we wanted and the rules don't apply to us what would be the best?" explained Veterans Community Project CEO Bryan Meyer.

So Meyer and other former military members decided to turn vacant lots into rehabilitation centers for other veterans.

Right now the lot is littered with trash and overgrown with weeds, but in a short amount of time an organization will be building 50 tiny homes for Veterans in north St. Louis.

The Veterans Community Project has already built this kind of community in Kansas City.

"Once we got it up and going we started having such a high success rate that other people took notice and we started getting calls from all across the country to expand," added Meyer.

Now off the corner of Aldine and North Grand in north city another could be going up by the end of next year.

"A lot of motivation behind this organization is it was started by vets and we all understand those struggles," added Meyer.

Struggles any veteran could be going through.

"I did have my own struggles and I tell people you know a step left or a step right and I could be in a very different situation," explained Meyer.

And by turning an empty lot into temporary homes for veterans Bryan Meyer is hoping he can serve fellow vets by bettering their situations too.

"That guy out there on the street is a guy who if I were deployed with would've had my back and would've made sure that I wasn't sitting down somewhere and would've drug me out of any bad situation," said Meyer.

Summing up exactly what this organization is all about.

The organization will hold a ribbon cutting at its north St. Louis Location on Oct. 16.