OSHA report: 911 operators failed to tell first responders that everyone was out of house in fire that killed Capt. Ringering

The report included suggested improvements for 911 dispatchers as well as on-site operations. 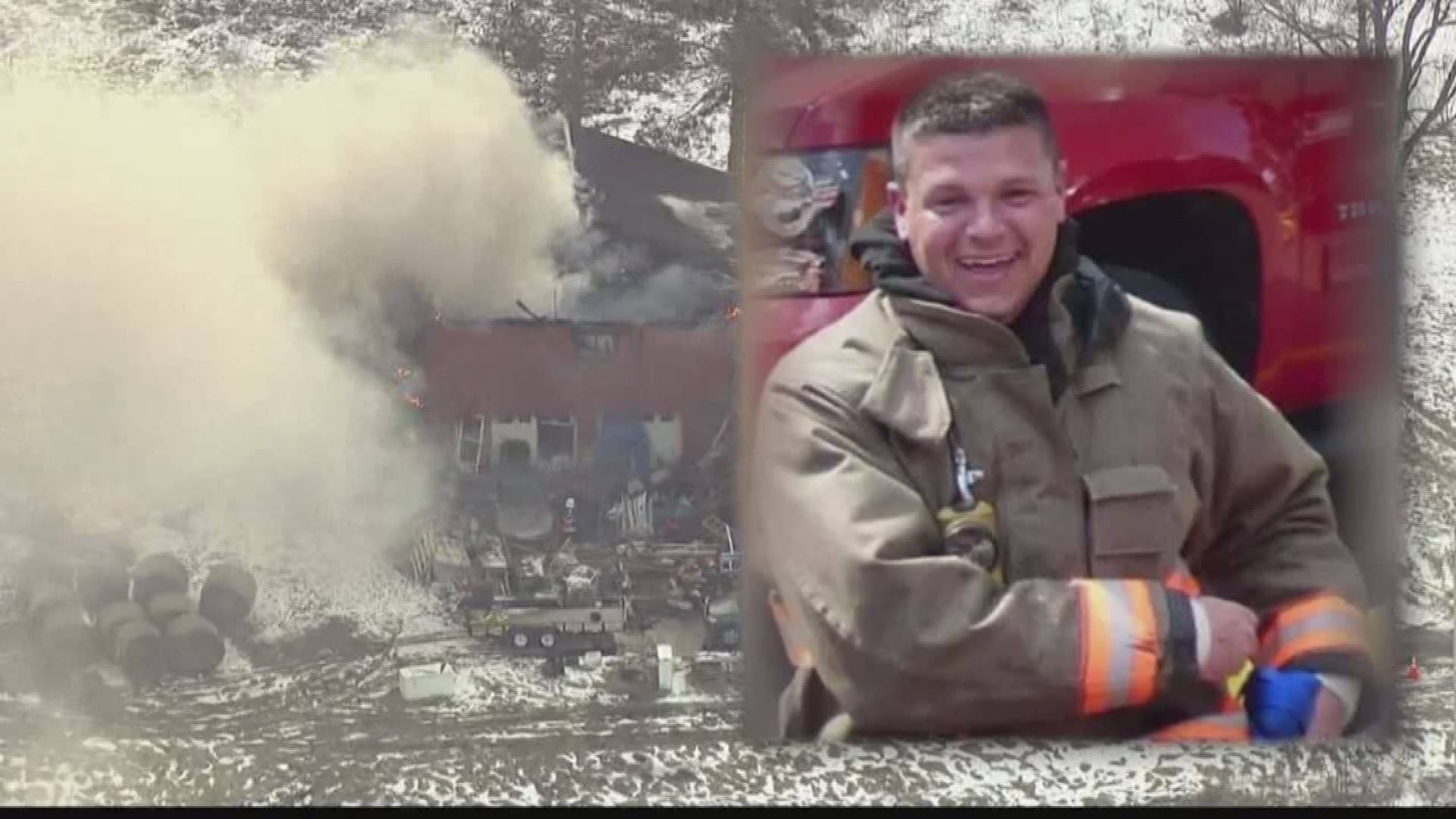 BETHALTO, Ill. — Editor's note: A previous version of this story incorrectly said the Godfrey Fire Department volunteered to assist with the fire to test out a new saw. This story has since been corrected.

An OSHA report on the fire that left a fire captain dead and three other firefighters injured in Bethalto, Illinois, said communication problems contributed to the dangerous conditions at the fire.

Godfrey Fire Captain Jake Ringering was killed in a fire at 4064 Culp Lane on March 5. An OSHA report of working conditions at the fire was completed in September and was released to 5 On Your Side Monday. The report highlighted multiple problems with the effort to extinguish the fire.

The report said Madison County 911 operators were told that everyone in the house was out and accounted for just minutes after receiving their first call about the fire. Despite this, none of the first responders could remember being told the conditions of the occupants when responding to the scene. The deadly collapse inside the house happened more than 30 minutes later.

Additionally, the 911 dispatchers knew the home was classified as a "hoarder house" — which would have changed the way firefighters attacked the fire — but dispatchers did not communicate that to first responders.

"Godfrey FPD made entry into basement garage door directly under roof peak instead of entering the standard door that was offset from peak. If [firefighters] were on side of structure less debris would have impacted [firefighters] and potentially could have saved a life and lessened injuries."

On scene organization was also lacking, the report said. The report said on-scene leaders did not do a full check of the home until after the incident that left Rinering dead and three others injured.

The report included suggested improvements for 911 dispatchers as well as on-site operations.

RELATED: BackStoppers gets big donation, vows to use money for family of fallen firefighter

RELATED: ‘Jake was gold, people wanted to be like Jake’ | Godfrey Fire Chief emotional as he talks about firefighter killed in line of duty