All four candidates for the Mayoral Primary will participate in the Zoom-style debate. 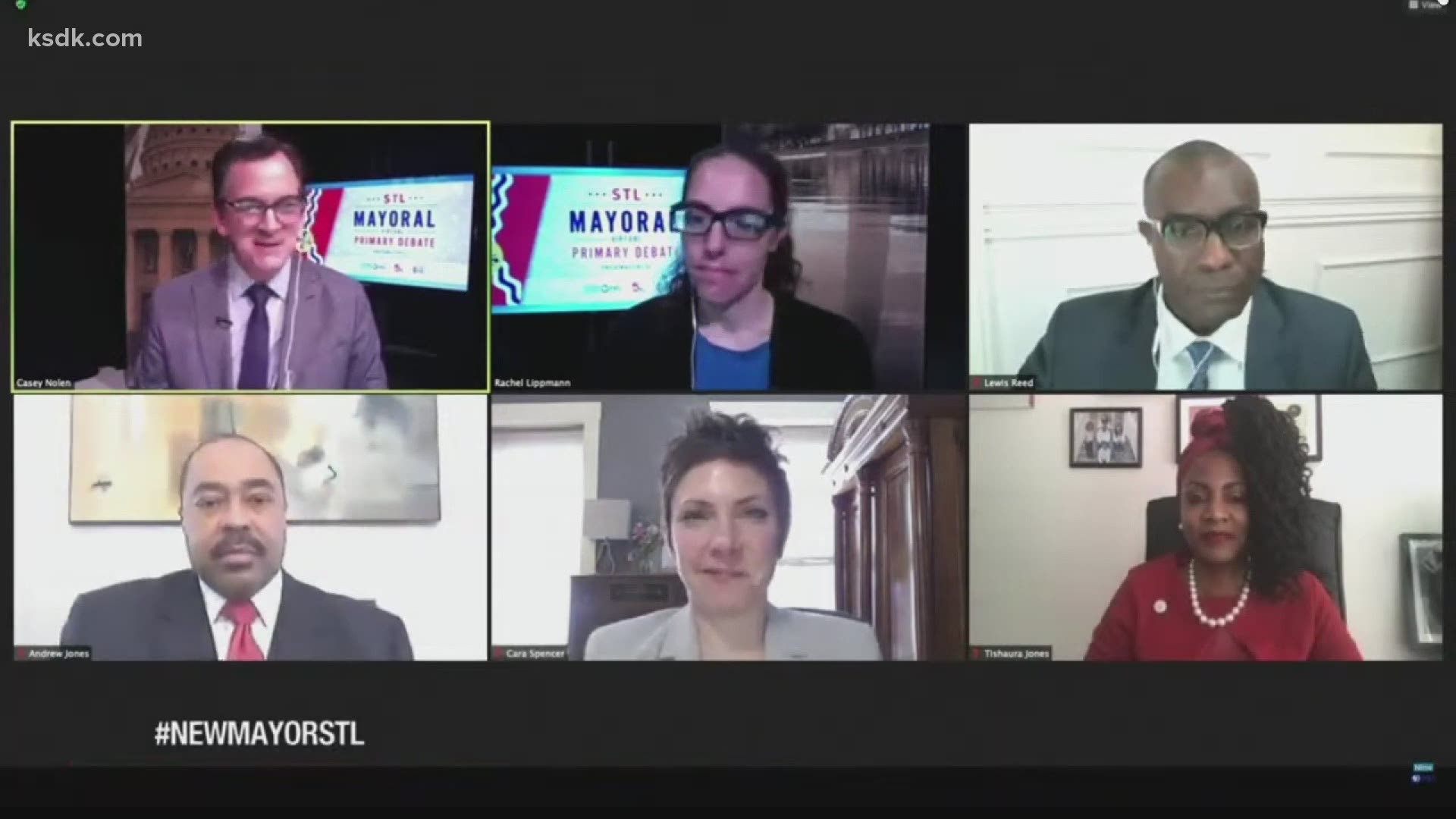 ST. LOUIS — 5 On Your Side, Nine PBS and St. Louis Public Radio are again partnering to host a Zoom-style debate ahead of the primary election for St. Louis mayor.

The debate will take place at 1 p.m. Tuesday, Feb. 23 and will be streamed live on KSDK.com, ninepbs.org, and stlpublicradio.org.

Mayoral candidates Andrew Jones Jr., Tishaura Jones, Lewis Reed and Cara Spencer will answer questions from journalists along with those submitted in advance by the public.

St. Louisans can submit questions for the candidates through 5 On Your Side’s Facebook page, Nine PBS’ Facebook and Twitter pages, by emailing talk@stlpublicradio.org, by texting them to 314-444-5125 or by leaving a voicemail at 314-516-6397.

About Nine PBS
As an essential community institution, Nine PBS exists to enable access to information, knowledge, and learning opportunities for all. We tell stories that move us. We meet people where they are the most comfortable consuming content. Nine PBS’s platforms include four distinct broadcast channels (Nine PBS, Nine PBS KIDS®, Nine PBS World, and Nine PBS Create), ninepbs.org, social media, the free PBS Video App, streaming services, live and virtual events, and the Public Media Commons. Since 1954, Nine PBS has accepted the community’s invitation into their homes, schools, and businesses. Learn more about us in our Press Room.

About St. Louis Public Radio
St. Louis Public Radio is an award-winning news organization and NPR-member station, providing in-depth news, insightful discussion and entertaining programs to more than half-a-million people per month on air and online. With a large, St. Louis-based newsroom and reporters stationed in Jefferson City and Rolla, Missouri, and Belleville, Illinois, the station’s journalists find and tell important stories about communities across the region and help people to become deeply informed about the issues that affect their lives. Broadcasting on 90.7 KWMU FM in St. Louis, 90.3 WQUB in Quincy, Illinois, 88.5 KMST in Rolla and 96.3 K242AN in Lebanon, Missouri, and sharing news and music online at stlpublicradio.org, St. Louis Public Radio is a member-supported service of the University of Missouri - St. Louis.