Watch: 5 On Your Side hosts discussion on racism, healing in AAPI community in St. Louis 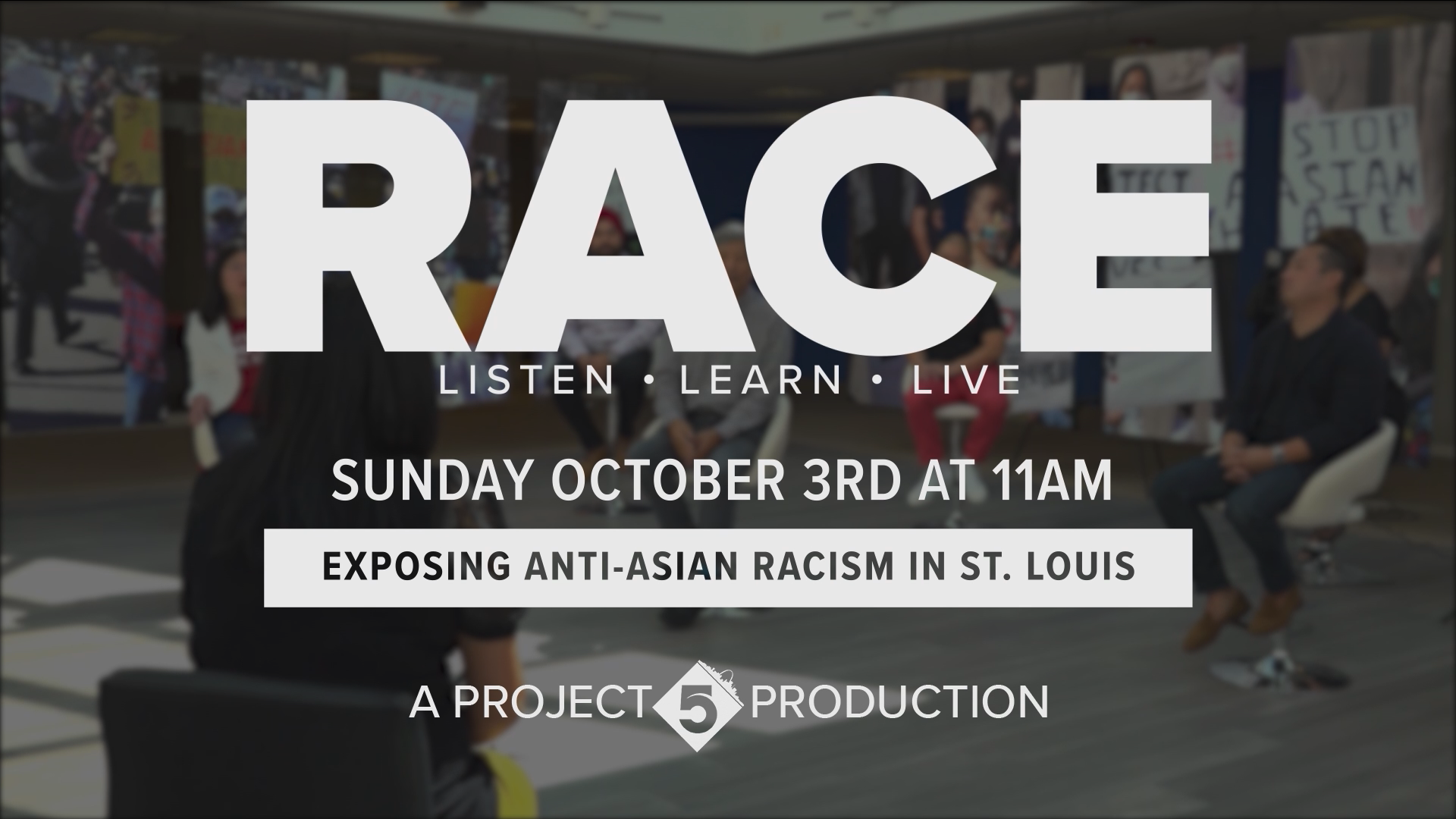 ST. LOUIS — Since the beginning of the pandemic, discrimination and violence against members of the AAPI Community have soared. The group "Stop AAPI Hate" received more than 9,000 reports of assaults since March of last year, in all 50 states.

This Sunday, Oct. 3, 5 On Your Side presents “Race. Listen. Learn. Live.” at 11 a.m. The program discusses the impact of these attacks and other incidents of hate directed toward people of AAPI heritage. AAPI stands for Asian American and Pacific Islanders. It’s a community that includes about 50 ethnic groups with roots in more than 40 countries. It's the fastest-growing population in the United States with 23 million Americans.

Discussing racism and racial healing can be a challenge. Most people simply don't know where to begin. To start that conversation, 5 On Your Side has gathered a group of business owners, parents, professionals and community leaders to lend their unique perspectives of issues facing the AAPI community.

Michelle Li hosts the discussion. Michelle is a Korean adoptee and advocates for adoptees and their families. She is also a mentor for Asian American journalists with the Asian American Journalists Association.

Members of our panel include Anna Crosslin, who retired earlier this year after 42 years as president and CEO of the International Institute of St. Louis. Crosslin, a U.S. citizen born abroad, was born in Tokyo, Japan during the Korean War. Her dad, a U.S. citizen, was serving in the U.S. Air Force and her mom was a Japanese national.

Deb Bhatia came to the U.S. in 2011 and moved to St. Louis seven years later. He's the founder of Sikhs of STL. Bhatia’s group has provided meals and supplies to more than 1,500 people each month since the beginning of the pandemic.

Born in Malaysia, Bernie Lee came to St. Louis more than 20 years ago to attend college at the University of Missouri—St. Louis. He's been a restaurant owner in  the St. Louis area for the past 17 years. Lee is the chef and owner of Akar in Clayton.

Andy Kim is a Korean American who was raised in Los Angeles and now calls St. Louis home. Kim is the managing partner at Punch 5 Libations, a spirit infused cocktail and mock-tail line of products.

Caroline Fan is the founder and president of the Missouri Asian American Youth Foundation. Her family moved to St. Louis seven years ago. She has lived all over the United States and is a champion for immigration, civil rights and health care access.

Peter Tao is a Chinese American born and raised in St. Louis. His father arrived here in 1947 to attend Washington University. Over the years, Tao's family supported and welcomed many Chinese students into their home inspiring him to become a community activist. He's an architect with Tao + Lee Associates, Inc.

And finally, Qui Tran. Tran’s family came to St. Louis from Vietnam as refugees when he was just a toddler. His mother opened Mai Lee, the first Vietnamese restaurant in St. Louis, in 1985. Tran followed in his mother's footsteps. He owns and operates Nudo House while continuing to help run the family business.

5 On Your Side hopes the program will provide some important insight into what members of the AAPI community face.  And that by listening to their experiences it starts a conversation about race, understanding and tolerance.