Jacob Epperson, who has lived in the neighborhood for 26 years, caught the thieves on his home camera. 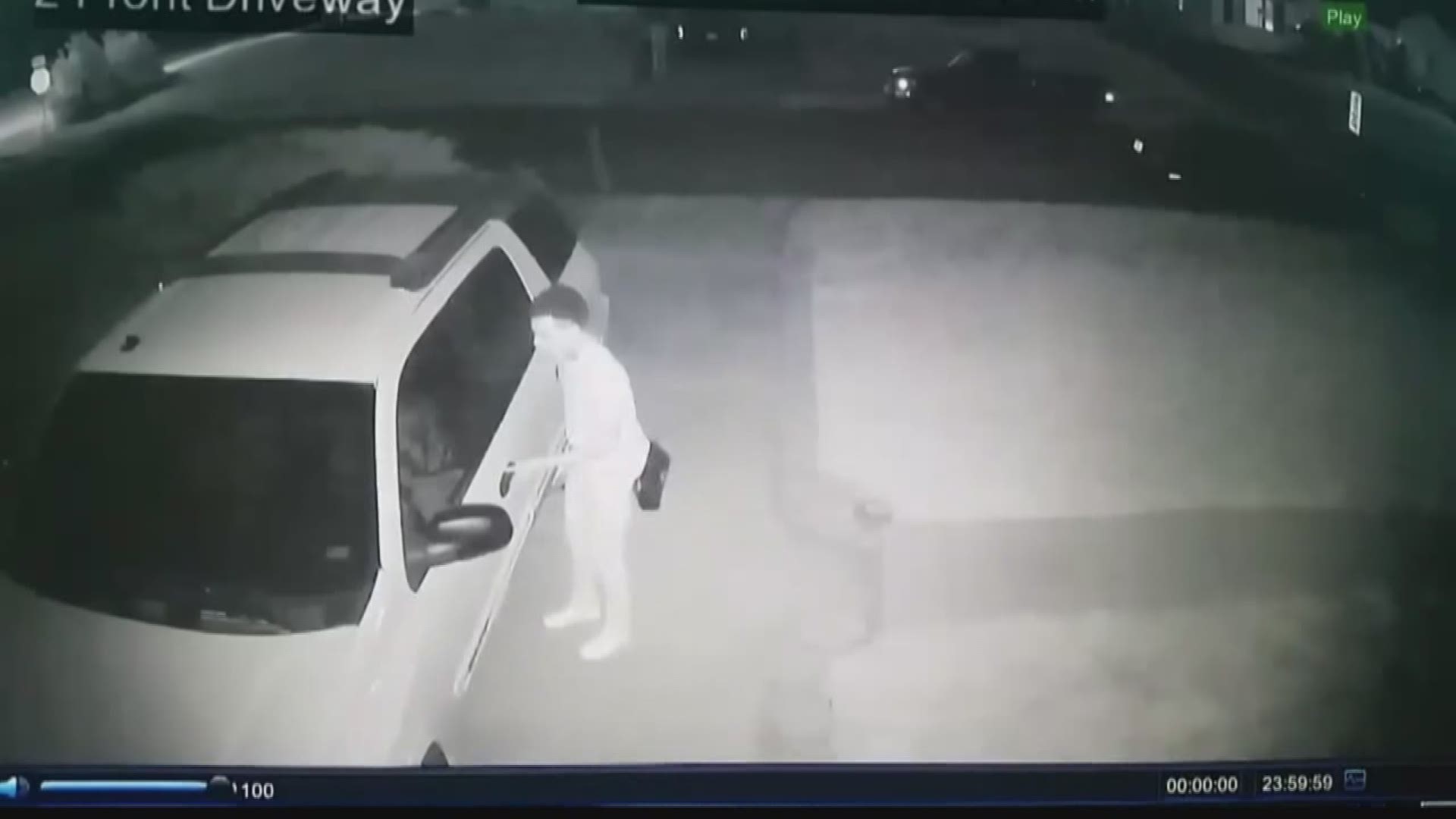 ST. LOUIS – Overland police are investigating after a rash of car break-ins in the city.

According to police, detectives have received several reports of personal items being stolen from cars on Echo Lane. Since last week, police said the suspects took items from cars located on several blocks in the neighborhood.

Jacob Epperson, who has lived in the neighborhood for 26 years, caught the thieves on his home camera.

"I just want to keep a watch on everything, make sure everything is where it’s supposed to be and no one can get away with an incident like this,” Epperson said.

In the video, you can see two men trying to open car doors. One man has stolen purse over his shoulder.

“I was thinking these guys got to be out of their minds. I can’t believe it,” Epperson said. “It’s really upsetting. I’m still at awe about it.”

5 On Your Side spoke with another victim in the neighbor, who didn't want to go on camera. She says the purse on the surveillance video was taken from her car in the middle of the night.

“There was a kid that had a purse on him. Apparently, he had stolen it from someone up the block,” Epperson said.

According to police, in most cases, the victims are their own worst enemy because they keep their doors unlocked at night.

“Luckily, they didn't take anything from me. I usually keep my vehicles locked, but had they gotten anything it probably could’ve been pretty bad," Epperson said.

Police are still looking for the suspects, leads and other possible victims. According to officers, investigators took fingerprints, but have few leads. If you have any information about the crimes, call the Overland Police Detective Bureau.