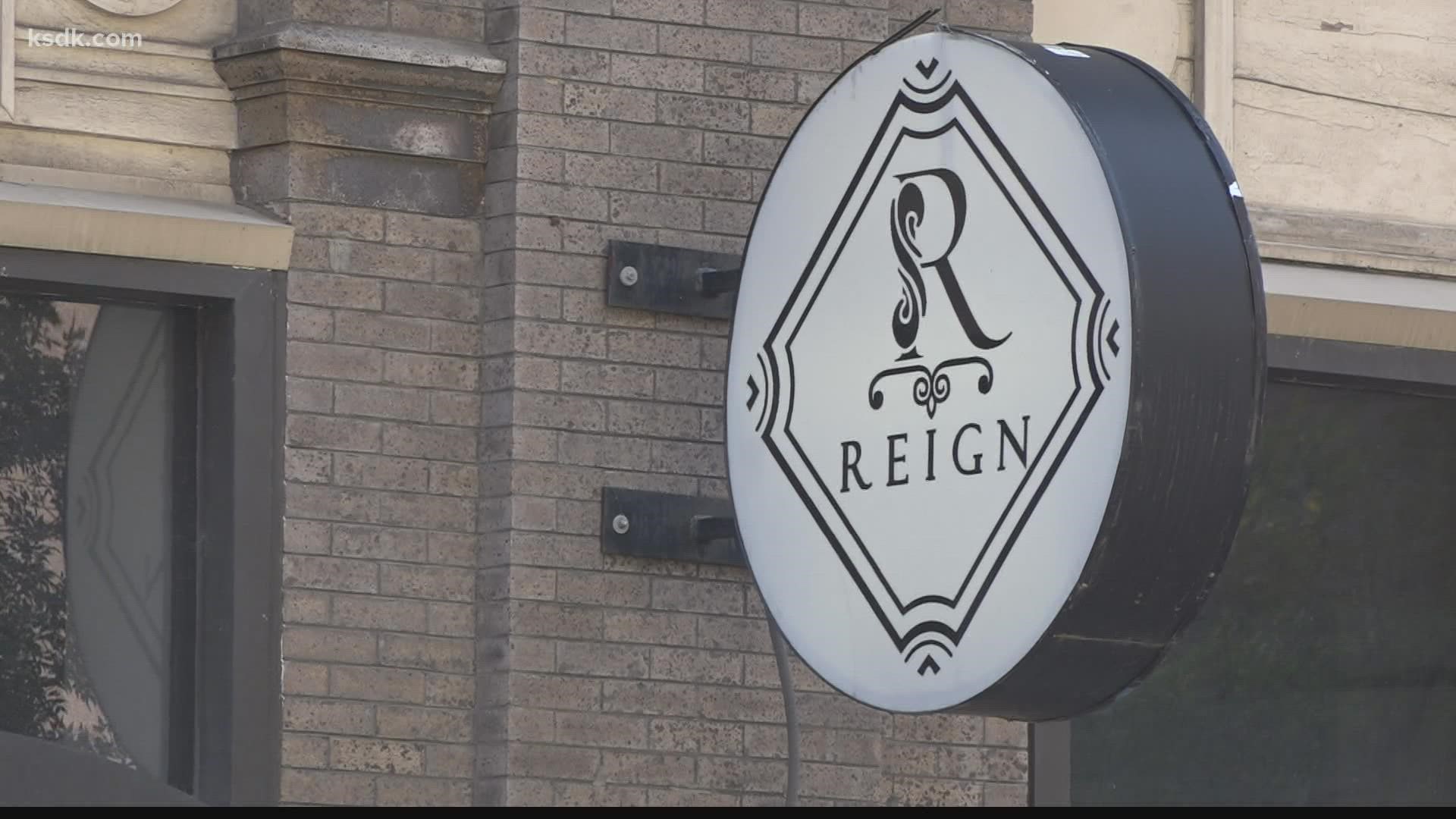 ST. LOUIS — Dana Kelly opened Reign Restaurant in downtown St. Louis a year ago, turning her passion for entertaining into a reality.

She was aware of the crime trends downtown before opening her business on Washington Avenue, but she didn't know other business owners and neighbors would blame her restaurant for the violence.

"The danger didn't start with Reign, and just like a lot of other businesses that have been pushed from Washington Avenue, that are owned by people of color, the violence didn't start with them and it didn't go away once they got rid of them," Kelly said.

In the last month, there have been multiple shootings on Washington Avenue in the vicinity of Reign.

In addition to security inside, the owner said she's requested help from the St. Louis Police Department to patrol the parking lots.

"Requesting off-duty officers and getting secondary has just always been in my plans, but them denying it is very new," Kelly said.

Kelly has more than 80 employees working in her restaurant and depending on the outcome of those hearings, she fears having to tell them they're out of a job.

"Some of them came out of the pandemic without a place to live and some of them are really truly rebuilding. They have children. A lot of single mothers work for me," she said.

She wants people who plan to attend the hearing to recognize the success Reign brings to the area.

She referenced the economic impact from when rapper 50 Cent hosted an event at her club in July.

"We practically sold out every hotel downtown in the immediate vicinity of us just because he came in town, and I want to contribute to the economic vitality of downtown and grow our city in the way that I can," Kelly said.

The St. Louis Police Department confirmed over email they denied Kelly's request to hire secondary officers because of the hearings.

The first hearing is on Friday at 10 a.m. in City Hall.

We reached out to 7th Ward Alderman Jack Coatar but did not receive a response.