"It's unbelievable actually. I still can't believe it happened." 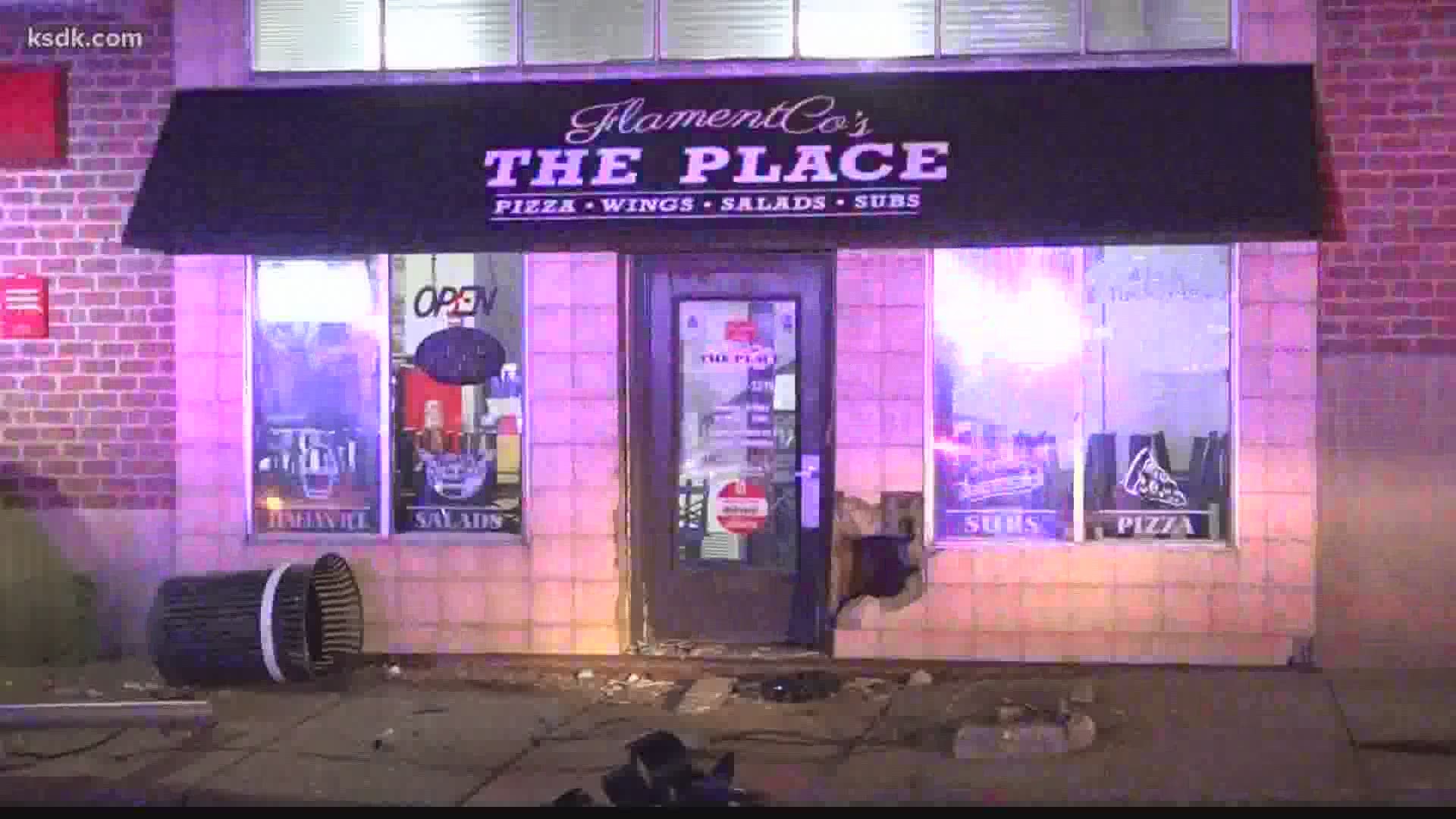 ST. LOUIS — For nearly two years, police officers, firefighters and lots of downtown St. Louis workers have all descended on one popular spot for pizza.

It's called Flamentco's The Place and it's located near the corner of South Tucker and Spruce.

"We're primarily a lunch spot that sells pizza by the slice. It's the best pizza in the mid-west, New York style," co-owner, Brittany Flament said.

"This year was gonna be the year I think we're gonna break out," Brittany's husband, Cory said.

However, in March, the coronavirus pandemic put the brakes on their pizza shop. And like so many small business owners, the Flaments had to stack their chairs, lock their doors and temporarily close their business.

"Being quarantined is just a whole different beast," Cory said.

Finally, after three months, the couple got the green light and were ready to reopen in just a few days, but Friday morning they suffered another unexpected setback.

"It was around 2 a.m and we were sleeping. I knew it had to be a prank call," Cory said.

It wasn't a prank call, but a police officer telling the Flaments a driver lost control of his car, knocked down a traffic light, plowed into their pizza place and then ran off. His passenger stayed at the scene.

"It's crazy and it's uncomfortable. We have three kids and our business is like one of our babies. We go down there to check it out and sure enough someone had hit the front of the building. It's unbelievable actually. I still can't believe it happened." Cory said.

"Actually we now have to replace thousands of dollars worth of goods and fresh foods, we have to make sure all of our inventory items are there and we have to re-train our employees to make sure that we're ready to handle the post COVID-19 precautions. It's a big headache. We have to start over," Cory said.

Thankfully, they can continue their curbside pickups and deliveries at their second location in O'Fallon, Illinois and they have insurance.

"You have to adapt and you have to be strong in prayer," Brittany said.

Plus, the pandemic has taught them how to be patient.

"There's nothing that we're gonna be put through that we won't be able to prevail through," Cory said.

"When it's time to reopen, you get back in there and do the best you can do," Brittany said.