'Baby bust'? Why these two crises are to blame

A new Pew Research survey shows a growing share of non-parents say they want to stay that way. 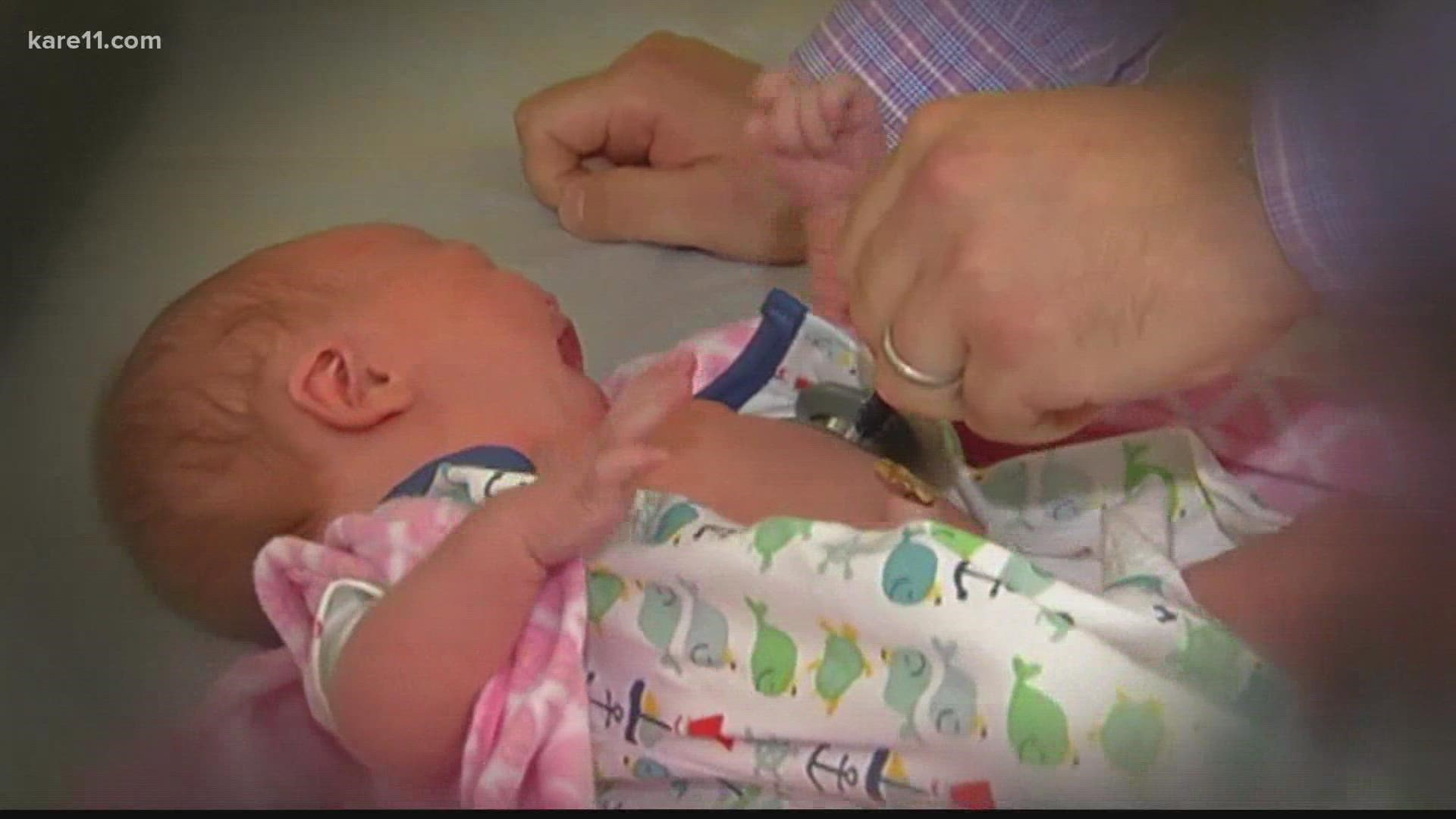 MINNEAPOLIS — Blame the twin crises: public health and economic. Both crises combined have led us to believe that there was a 'baby bust' on the horizon.

Now, new numbers from the Pew Research Center show that a growing share of U.S. adults who don't already have kids are saying they're probably never going to have them.

The numbers weren't too great from the beginning to start with.

In 2018, 37 percent of non-parents ages 18 to 49 said they were likely not going to have children. In the most recent survey, that share grew to 44 percent.

Professor Philip Cohen, a sociologist at the University of Maryland, whom we connected with in the beginning of the year, called this "classic crisis human behavior."

"When times are tough — when there is uncertainty and insecurity about what the future holds — that's when people decide to pull back, and either delay having children or reduce the number of children they plan to have," Cohen said.

The reasons behind those decisions are diverse.

"Getting careers established, finding a stable long-term partner, and as this Pew Research shows, people reducing the number of children they do want to have," he said. "The most common reason the people in this survey said they were not going to have more children was because they didn't want to."

"We tend to think in practical terms, 'Oh, it must be the cost of children, cost of housing, difficulty finding a partner.' I think this is interesting because the desired number of children are going down also, and I think it's reasonable," Cohen continued. "It doesn't mean people love children less. If they want to have one instead of two, it signifies a changing ideal of family structure and set of relationships people want to have in their lives."

And although not a huge slice of the pie, those who said they likely weren't going to have kids, cited "the state of the world" (9%) and climate change (5%) as their reasons.

"'If you want to have an impact on climate change, not having a child makes a pretty big impact," Cohen said. "I'm not recommending that people don't have children, but I think reducing the number of children you have are going to have a lot bigger impact than other things people do."

So, how does Minnesota look?

Compared to the peak fertility rate that we saw in 2006, of 2.16 births per woman, that number this year is 1.86, according to senior demographer Megan Dayton at the MN state demographic center.

That may be because there are short term positive effects on low birth rates.

"When people either delay or forgo having children, the per capita income increases; people's family's cost of child rearing are lower, boosting the share of working age people. In the short term, that's good," Dayton said.

Long term though, there are economic implications.

"We have the baby boomers already exiting the labor market, and so the implications are in the labor force participation rates begin rapidly declining," Dayton said. "So in the long run, low rates of fertility are associated with diminished economic growth."

So we always come back to the question of: Should we be worried?

Should we follow in the footsteps of other countries where they've incentivized potential parents by removing barriers to raising a child, like universal childcare?